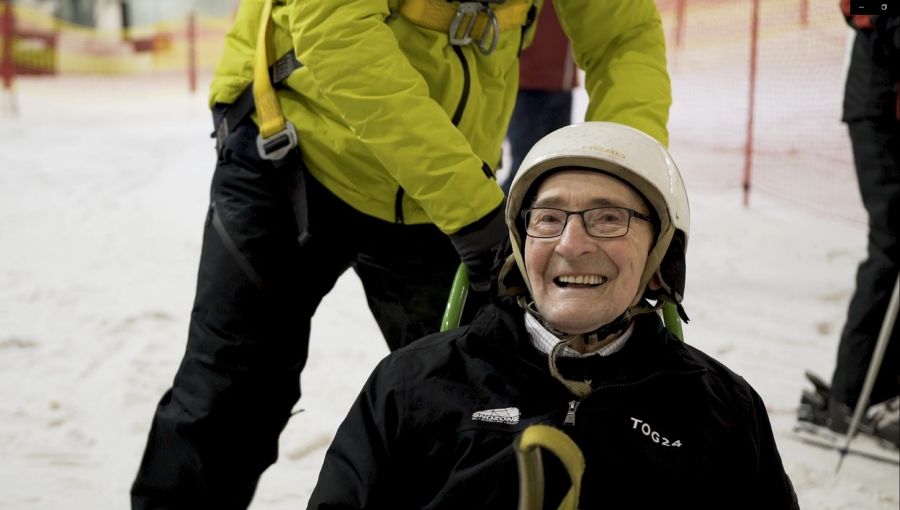 A 92-year-old has taken to the ski slopes for the first time thanks to the efforts of the care home where he lives, and indoor snow centre Snozone in Milton Keynes.

Robert Trulocke, a resident at Care UK's Millers Grange in Witney, had always wanted to go skiing, describing it as a "boyhood ambition" but thought he'd missed his chance.

However staff at Millers Grange encouraged him to pursue his dream as part of their 'Wishing Tree' initiative which encourages residents not to give up on any ambitions, and even to try something completely new.

Having always been adventurous, Bob and his wife, Renee, went on a camping trip to Switzerland in their youth. They drove the 700-mile trip in a Mini, and stayed on the edge of a beautiful lake, in a tent that was bigger than the car. The closest Bob came to going skiing was when they decided to go up in ski lift at a nearby slope, but because it was summer, they could not ski.

Working with Snozone, the Millers Grange team arranged for Bob to use an accessible ski, where he was in a sitting position, allowing him to have more stability on the slope.

"It was fantastic to finally get to ski, especially as I'd given up trying to make it happen myself. I wanted to thank everyone who made it possible, particularly the team at Snozone and my friends at Millers Grange who arranged everything. I had a wonderful day that I will never forget," said Bob, adding,

"My favourite part was being able to do the Slalom, weaving in and out, and whizzing down the slope ? it made me feel alive. Age doesn't have to hold you back from your dreams, and I hope I proved that today." 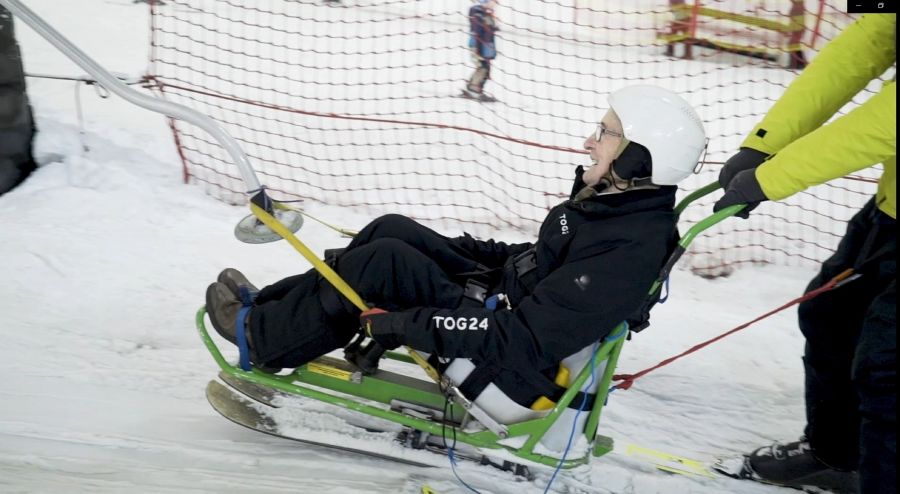