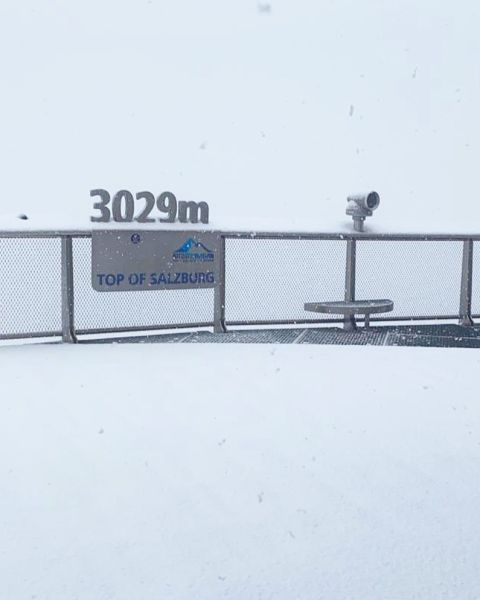 The Kitzsteinhorn glacier above Kaprun in Salzburgerlad in Austria reported a dusting of fresh snow this morning, a fortnight before it is due to open for its 20-21 ski season.

The Kitzsteinhorn is set to be one of the last of eight glacier ski areas in Austria set to open, all being well, over the next three weekends.

Currently only year-round Hintertux is open in the country, but it's due to be joined by the Pitztal, Solden and re-opening Molltal glaciers this weekend. So far only the Pitztal seems to be sure it is re-opening, in its case for the first time since lockdown in March.

Despite the occasional light snowfalls reported over the past month it has been mostly warm up on the glaciers and snow cover has been getting quite thin. At Solden, which is due to stage the opening World Cup Alpine races of the 20-21 season next month, the depth is around 30cm.

The Molltal glacier re-opened in May but closed in mid-August to preserve the snow. It had hoped to re-open this Saturday but that's currently unconfirmed. They published this pic of slopes being prepped earlier in September and the image bottom after a dusting of snow on the 3rd. 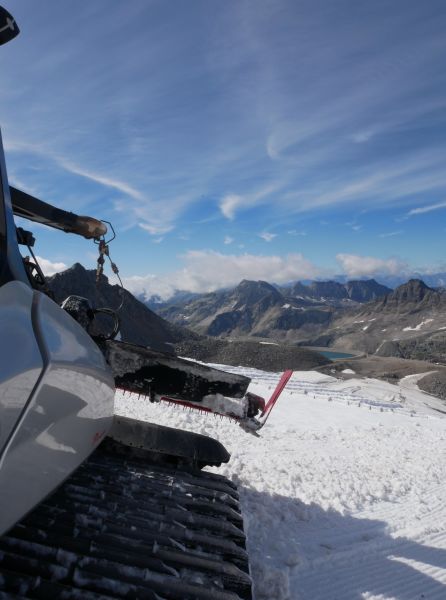 However Val Senales in Italy says it will open tomorrow (Friday 18th) for its 20-21 season, Italian racers have been training on the slopes there already. It joins Passo Stelvio as the second Italian option.

Saas Fee and Zermatt are open in Switzerland but there's nowhere currently open in France.

Two more Austrian glaciers, Stubai and Kaunertal, aim to open the last weekend of the month with the Dachstein opening to downhill skiers (its already open for cross-country), the first weekend of October, as the Kitzsteinhorn also opens.

Engelberg in Switzerland also plans to open in a fortnight on October 3rd, Tignes in France on the 10th and the Diavolezza Glacier near St Moritz in a month's time on October 17th.