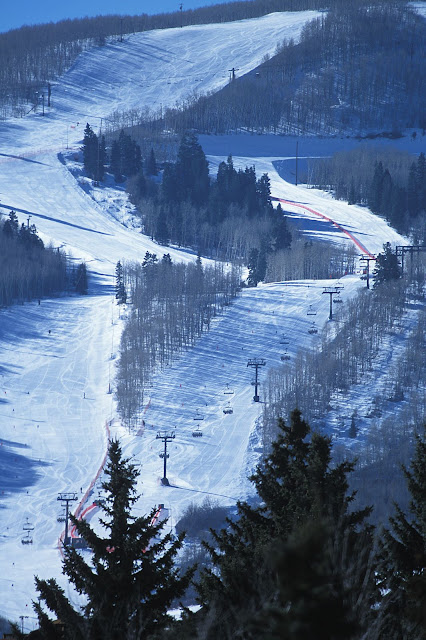 The battle for control of Park City Mountain Resort (PCMR) is rumbling on after a court hearing in Utah yesterday, which local businesses had hoped would give some indication as to whether the famous ski area would open this winter or not, failed to reach a decision.

Instead the Judge has said that the two key parties involved PCMR can continue in their mediation longer than expected, to this Friday, while he himself has delayed giving his own verdict until next week, when a new court hearing will be heard on Wednesday September 3rd.

The court was reported to be packed yesterday by business leaders from the ski town who are increasingly concerned by the failure to clarify what will happen or whether the centre will open at all this winter, which is putting pressure on their own businesses as skiers delay booking or choose to go elsewhere while the uncertainty continues.

The judge is expect to name an amount for a 'bond' which PCMR must pay Vail resorts in order to operate on the land which is now controlled by the Colorado based multi-resort operator while the legal case over eviction continues. PCMR have estimated the amount should be in the $1-$6 million range, Vail reportedly say $124 million is closer to the mark.

The complicated situation has deep roots but the catalysts for the current position were PCMR's failure to renew a lease it held on land on the upper part of the mountain on which it operates, followed by the landlord's decision to lease that land to Vail Resorts. However PCMR do own all the lifts, snowmaking and other equipment on the mountain and crucially do own the land at the base of the mountain next to Park City on which base lodges and terrain parks and some of the lifts are wholly or partially located.

Both companies are playing hardball with Vail showing no signs of backing off and PCMR insisting it will not sell its base to Vail even if it is ultimately evicted from the upper mountain, leaving Vail resorts in control of an 'island' it will continue to operate at the bottom having realigned its lifts on to its own land and removed all others from the disputed land above.

Aware of the rising discontent in the Park City community, PCMR's operators have, in the past week, published an open letter to the community and launched an online petition to gather support for its efforts to keep PCMR open this winter.

Reaction on social media has been divided with some blaming Vail for the situation and others saying PCMR have no one to blamed but themselves having failed to sign the lease and saying that if they really did care about the park City community they would leave and sell their base to Vail so it could open and operate as usual.