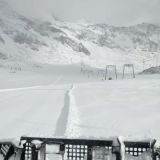 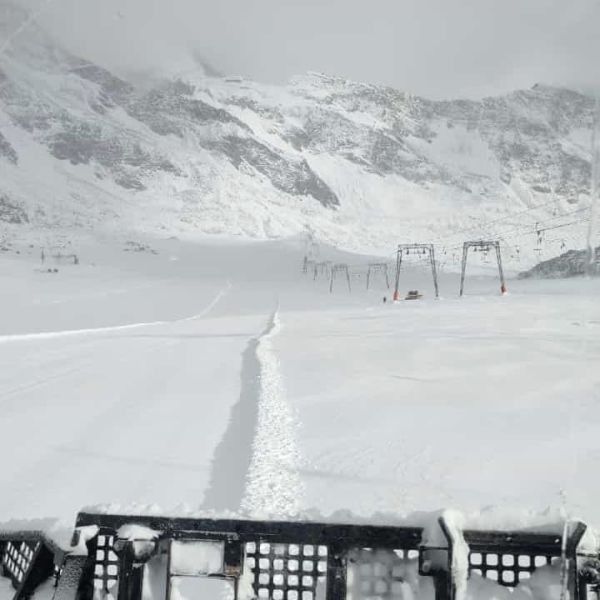 After over a month when only one ski area was open in Europe and the entire northern hemisphere, fresh snowfall in the Alps has led to glacier ski areas opening for their early Autumn ski tests, terrain-park reveals and Octoberfests.

The Solden glacier joined year-round Hintertux earlier this month but the Stubai (pictured top on Monday this week), Kaunertal and Pitztal glaciers will join them this weekend, to give five Austrian areas open – half the northern hemisphere total for the first week of October.

Hintertux, which is making much of its terrain park launch this weekend, is the only area that kept going through August and early-September, believed to be thanks to snowmaking on 6km of its glacier slopes. These (literally) scraped through the final months of unprecedented hot weather at altitude on glaciers with thin icy cover. However, snowfalls this week and earlier this month have given over 20cm (8") of fresh cover and the resort now has 18km of slopes open.

All five open glaciers are in the Tirol region. The Kitzsteinhorn near Kaprun in Salzburgerland does not appear to have confirmed an opening dated yet but has posted images of fresh snowfall and slope preparation. It's a similar story with Carinthia's Molltal Glacier which until recently had an 11 month season from June to May, but has not re-opened since last May and has not yet confirmed quite when it will.

Reports from Austria indicate an eighth glacier, the Dachstein, has opened already but will only welcome cross country skiers to high-altitude trails on it this autumn and winter.

Elsewhere in Europe Zermatt is open and has expanded the terrain it has open and the lift link from Cervinia to the slopes opens on Saturday. Saas Fee is also open but for race teams training. Passo Stelvio and Val Senales are open in Italy and the first French areas to open, Les 2 Alpes and Tignes, are due to join them on 15th October.

One ski area is open in Scandinavia, the Galdhopiggen glacier, which reports 40cm of fresh snowfall this week. Levi and Ruka in Finland plan to open for their seven-month seasons in a week's time on October 7th, using farmed snow to each created a few kilometres of slopes.