Four more Swiss ski centres have announced they're opening this weekend, taking the total to 10, the most in the world for one country at present – overtaking Austria's nine. However a number of the areas are currently opening at weekends only.

All are stressing how seriously they're taking preventing any danger of encouraging virus transmission, in a marked ramping up of safety initiatives following bad publicity at some glacier resorts in recent weeks with pictures of packed cable car cabins and big queues and groups, appearing not very socially-distanced and sometimes not wearing masks.

But whilst up to now summer and autumn opening ski areas have been running gondolas and cable-cars at capacity when required, several, including Andermatt and Glacier 3000, now say they'll be limiting the maximum number of skiers in cabins to around two thirds capacity, and running lifts with windows open from earlier in the morning to soak up numbers. This is a step towards the model used by most southern hemisphere ski areas in the recently completed winter 2020 and North American areas planned operations limiting capacity to 25-35% on lifts.

Up to now the argument in the Alps has been that lift rides are too short to risk any virus transmission.

Andermatt is also limiting the number of people on their Gemsstock freeride mountain to 1000, around half the usual maximum. Again this is more in line with North American operating plans. Andermatt say this is needed to ensure not too many people are trying to use lifts or enter restaurants. Capacity in lift waiting areas is being cut by about three-quarters.

A third measure is insisting in advance online ticket purchase. That's the case with at least Laax this weekend, which is limiting access to season pass holders who have also made an online reservation for their place on the slopes on Saturday or Sunday (a measure employed by Vail Resorts in Canada and the US this coming November as its resorts begin to open). In Andermatt most guests need to book in advance too and are allocated an arrival time to ride the lift up to the snow slopes to avoid everyone arriving at once. Coffee and croissants will be served to make any wait more pleasurable.

All of the areas are stressing the importance of skiers obeying the rules and the hope that peer pressure along with staff supervision will make everyone behave responsibly.

Swiss hotel industry at work, and arguably the 'correct' direction. 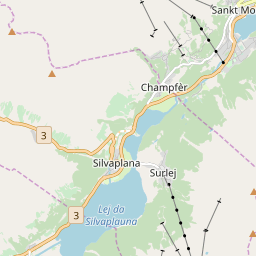