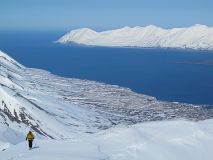 This summer, Swedish ski mountaineer Fredrik Ericsson will embark on his dream of becoming the first person to ski the world's three highest mountains: Mount Everest, K2 and Kangchenjunga. Arguably, the toughest challenge of the three will be his expedition to the world's second highest mountain, K2, which begins in May 2010. Fredrik Ericsson is one of the world's leading high altitude skiers with ski descents of some of the highest mountains on earth, including Peak Somoni, Shisha Pangma, Gasherbrum 2, Laila Peak and Dhaulagiri.


"I have already skied on five mountains higher than 8000 meters. During these adventures I gained critical experience that will apply towards my goal of skiing the absolute highest. The project spans two years and I will try to ski the three highest mountains in the world: K2 (8612m) this summer, Mount Everest (8850m) in autumn 2010, and Kangchenjunga (8586m) in autumn 2011," says Fredrik.

The first big challenge starts now when Fredrik, together with American alpine journalist Trey Cook, go to the Karakoram mountain range in Pakistan. The mountain they plan to climb and ski, K2, is arguably the hardest of all 8000-meter peaks. It is a remarkably steep pyramid with no easy route to the top. Climbing the mountain is further complicated by unusually severe and unpredictable weather systems.

K2 was first climbed in 1954 by the Italians Achille Compagnoni and Lino Lacedelli. Since then, The Savage Mountain – as it has come to be called due to the extraordinarily high number of deaths on the mountain – has been climbed on 10 different routes and only around 200 people have summited. Although several of the world's best ski mountaineers have tried no one has ever made a complete ski descent from the summit of K2.

After a rough, two-week journey by plane, jeep and on foot the team will arrive on the Godwin-Austen glacier at the foot of K2 where they will set up base camp at an altitude of 5,100 meters. Over the next four weeks they will undertake several acclimatization climbs in order to prepare for the enormous challenge. Mid-July will see the team start the grueling climb to the top of K2.


"We will not use supplemental oxygen or high-altitude porters. In addition to the equipment that all climbers carry I'll also be carrying my ski equipment and wearing ski touring boots which are not nearly as warm, comfortable or functional as climbing boots. This makes the climb much more challenging but also more rewarding," says Fredrik.

Ericsson and Cook plan to climb the south-southeast ridge, a serious, 3500-vertical-meter route featuring extremely strenuous, high-altitude climbing. During the weeks leading to their final push the team will methodically move higher and higher up the mountain while their bodies and minds grow accustomed to the debilitating hardships of climbing at such altitude. When the team is fully acclimatized, the two will need four days to get from base camp to the summit, spending three nights in inhospitable, bone-chilling, high-altitude camps on the way.


"On the final day of our summit push we will start climbing from our 8000 meter camp at midnight and I believe it will take about 12 hours of climbing above 8000 meters to reach the top," says Fredrik. At this extreme altitude, known as The Death Zone, the body only takes in one-third as much oxygen as sea level and inevitably deteriorates above that altitude.

The ski descent, which is the ultimate goal of the two-month expedition, is expected to take five hours. The descent from the summit all the way to base camp has a vertical drop of almost 3500 meters and has very steep sections of up to 50 degrees.


"To ski at 8000 meters is very strenuous. I can only manage to make a few turns before I have to stop and rest. After four to five turns I'm as exhausted as after skiing 1000 vertical meters in the Alps," says Ericsson.

Fredrik Ericsson grew up in a town called Umeå in the northern part of Sweden but since 2000 has had Chamonix in the French Alps as his base. As a professional skier he spends the winter being filmed and photographed skiing in exotic mountain ranges around the world.

I think I can just about see a skiable line...

Admin
reply to 'Fredrik Ericsson to ski K2' posted May-2010

Pablo Escobar wrote:I think I can just about see a skiable line...

Fredrik's blog is worth reading over a coffee... some great terrain in Iceland...

I wonder if he is taking any steps to offset the environmental impact of his expeditions.

Admin
reply to 'Fredrik Ericsson to ski K2' posted May-2010

Pablo Escobar wrote:I wonder if he is taking any steps to offset the environmental impact of his expeditions.


Yes, I believe he's decided not to use the extensive lift system on K2...
The Admin Man

I heard he is travelling to the base camp by bike (from Norway, his current location). Respect.

His Twitter update says he's on his way to Pakistan...by air

Hotels and Apartments in and around Conco 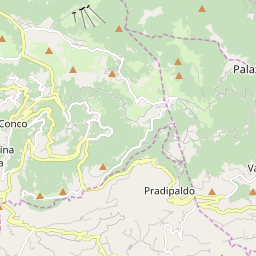 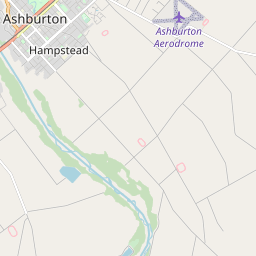