Heading for the hills in Bansko today ...

hi , i would like to go to bansko in christmas ,
the snow will be good you think ?
because the last snowfall was 30 days ago..
the good runs ( platoto and todorka ) are closed ?

Bansko is still crazy quiet today, both on the slopes and around town. Prices went up as expected for lift passes to 58 Lev a day, with a slight discount for buying a number of days in advance. There are no queues for any lifts or the Gondola. Bright blue sky so pack the sun block and lip balm. Ski equipment and lessons using Skimania have been great. I'll post bus times from Bansko to Bovorets when I root out my bits of paper if you are thinking of doing a two center trip (or even three or four - all perfectly doable and why not). The gist is that it's all perfectly possible by public bus. 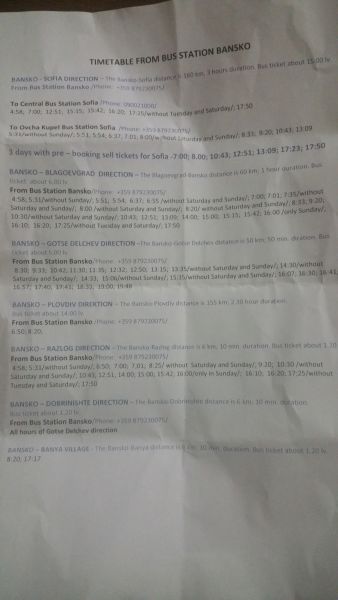 Well the week in Bansko has zoomed by. The skiing at the moment is really excellent even though not every run is open. The cannons are working hard and the runs are being prepared well, and there are no crowds. If you are thinking of a cheeky late skiing holiday, hop on a plane to Sofia and grab a bus to Bansko!

Overall, I had a great time this week The weather and pistes were fine, everyone was friendly, the snow conditions were very good generally, there were lots of hotels to choose from and mine was fine, and lessons, ski rental, the lift pass, food and drink were cheap! I met some really nice people along the way and would happily come back. Apparently, I got lucky this year as the snow isn't usually good enough for skiing in December.

Tomorrow, I'll be using local busses to get to Borovets. I've attached the bus timetable I got from the tourist info place in case anyone else is interested in doing the same. There are a number of possibilities but not being in a hurry, I'll probably get a local bus to Blagoevgrad, then a local bus to Dupnica, then Samokov and finally Borovets. The Sofia busses also stop off at Dupnica apparently so that is an option, too. I will post how I get on ....
Edited 1 time. Last update at 22-Dec-2016

Have arrived in Borovets and do not have a good feeling compared to Bansko. Bansko was super friendly, lots to do and enough variety of skiing. Bovorets has some super aggressive touts outside bars and restaurants and they can make you feel very uncomfortable. It is really really quiet here, I've yet to see anyone in the Samokov Hotel crack a smile or give a friendly greeting - no one here gives a **** and trying to get information in English about the skiing is proving difficult. I might cut my losses and go back to Bansko in a day or two if things don't change quickly and sod the cost.

It's snowing in Borovets! It looks like a fair amount is set to drop today and the next few days.

In answer to the question about Bansko V Borovets; Bansko is a large town whilst Borovets is a small ski village you can walk around in 5 minutes. There are a lot more runs and interconnected pistes in Bansko. All the runs in Bansko begin by taking a gondola to a single central ski area, from where other lifts depart whereas in Borovets, there are different areas you have to travel to, either by walking or using free shuttle busses, which can be a real pain if you want a lot of variety in a day.

Strangely, I saw lots of ski patrols, medical ski doos and lots of safety fencing in Bansko - all reassuring. I have seen next to none in Borovets and given the large number of beginners here, I'm amazed at the lack of safety fancing as there are lots of large drops along beginner runs. The other thing that stands out are the number of snow cannons and snow ploughs in Bansko - they are everywhere and many were being used! I could count on one hand the number of snow cannons I saw in Borovets and none of them were on.

Both places have plenty of bars, eating places, supermarkets, money exchange and ski rental places, but Bansko being a town has loads and loads more. Bansko has a lot more hotels and therefore seems cheaper, but is further from Sofia airport, about 2.5 hours by bus as opposed to 1.5 hours. I found the touts outside some of the bars and restaurants in Bovorets unnecessarily aggressive, rude and annoying and avoided the bar areas altogether after a while.

I would certainly go back to ski in Bansko tomorrow, which I found friendly, helpful and good value. I'm glad I came to Borovets but wouldn't return - a three day visit once is enough if you are a reasonable skiier.

Reading various blogs and forums, some people love Bovorets. The above is my view but it is worth getting other opinions as well.

If you haven't been to Bulgaria before, it is really easy to catch local cheap and always frequent busses and trains (or use the very cheap taxis) so I would suggest trying out a few days in two or three resorts for a few days each and make your own mind up!

Hotels and Apartments in Bansko 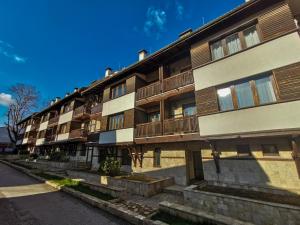 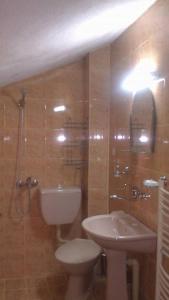 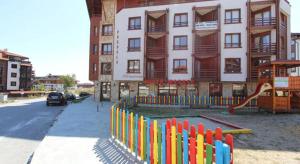 Where is there snow in Bulgaria? 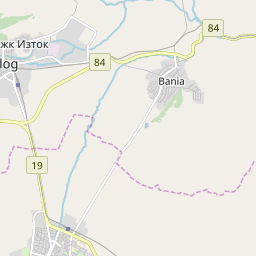 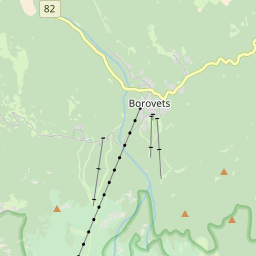