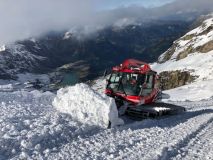 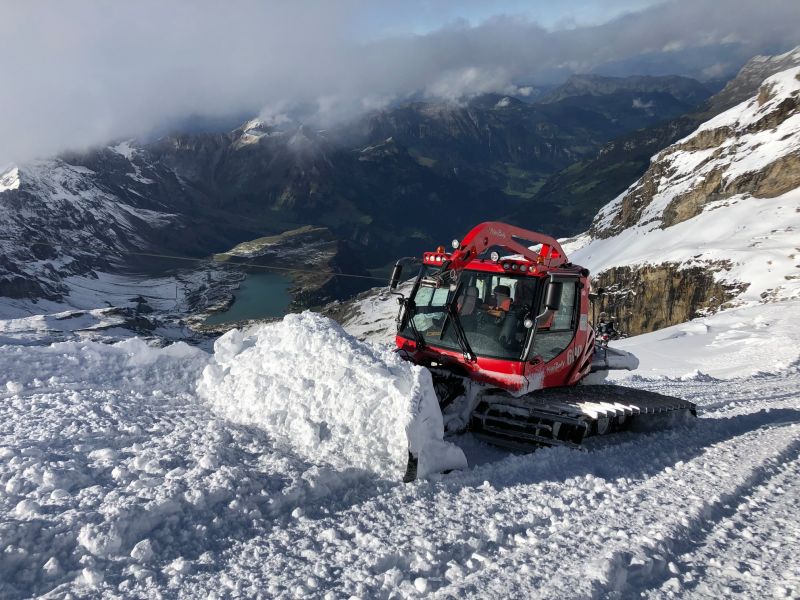 At least three more ski resorts in Europe will open for the 2019-20 season this weekend taking the total operating already to 16.

First to open will be Finland's largest resort, Levi, which will open its Front slope for skiers at 10pm on Friday with access via the North-chair. It joins fellow Finnish area Ruka, which opened a week ago, and the Norwegian summer ski area Galdhopiggen which is open through October.

Then on Saturday Engelberg's Titlis glacier (pictured above prepping the slopes yesterday) will become the third Swiss area to open, joining year-round Zermatt and Saas Fee, which has been open since July.

Finally an eight Austrian glacier area, the Kitzsteinhorn above Kaprun, will begin its season on Saturday too.

There has been some speculation that Tignes will open too, two weeks after it had planned to at the end of September, but so far that appears to be pure speculation based on a couple of snowfalls since the postponement announcement was first made, rather than any hints from the resort's lift company.

Across the Atlantic heavy snowfall has begun moving in to the Northwest of the continent already and there's speculation here too that several areas could open this weekend as a result, although again no confirmation as yet. High resorts in Colorado including Arapahoe Basin, Keystone and Loveland had already been snowmaking for more than a week and built up ski run bases with machine made snow.