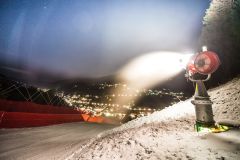 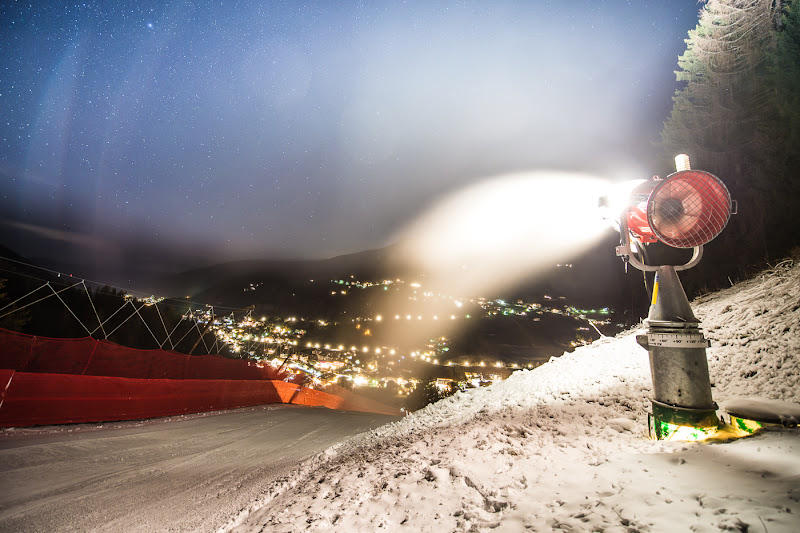 It's a big opening weekend coming up in the Alps and the Pyrenees with some resorts opening on schedule, some early and some later than hoped, but all as a result of the big snowfall last weekend and subsequent low temperatures.

In Austria Ischgl opens as planned and has a Beach Boys concert to celebrate whilst Solden, which opened for glacier skiing more than two months ago, is opening top-to-bottom terrain on Saturday.

In Italy it's opening weekend for the giant Dolomiti Superski region. There will be 63 lifts running at seven of the dozen sectors with a combined total of 80km of slopes opening, mostly, the are'a management reports, using machine made snow (pictured above).

In Switzerland Crans Montana and Verbier will be opening a few weeks later than they'd hoped thanks to the change to more favourable conditions. Samnaun, lift linked to Ischgl over the border, will stage its annual Santa Claus World Championships and open too.

Many areas in the Pyrenees will also be opening. These include both Grandvalira and Vallnord in Andorra, Cauterets on the French side and La Molina on the Spanish.

Alpe d'Huez is opening some of its runs as well for the weekend; 15€ for the day.
More details here: http://www.alpedhuez.com/fr/hiver/evenements/ouverture-anticipee.html