Yes really, Spain. I know J2Ski tries to pretend it doesn't exist, not having either a category for it or the airport listed, but not half an hour's drive from Granada lies the Sierra Nevada, with (apparently) 45 pistes, 2 cable cars and 17 lifts.

And Granada airport has recently expanded it's international status so you can now get cheap flights from Stansted and Gatwick.

So what I'd like to know is, has anybody been there and done that? The guide books of course say the skiing there is actually pretty good, but what's it really like? Seeing as the whole of southern Spain can go only there, are the lift queues as long as I'm imagining they might be? Any bottleneck lifts? Tips on parking etc?

Hi Robip, I been skiing in Sierra Nevada for several years so I know the area quite well.The site is : www.sierranevada.es
Week ends are packed also spanish holidays and last week in February. Monday to Friday is good skiing and no queues. It has 100 km of runs.Base is at 2500 meters heigh and you can go skiing easy up to 3000 meters.
There is a big parking underground at the base near shops, ski rentals and restaurants and another one next tp the lift "Virgen de Las Nieves".
Good luck
Rob

Not entirely sure we've got them all in the right place on the Map (any friendly Spaniards like to check?) as there are more places with the same name than in France... and that's saying something...

Hi Robinp, funnily enough I got to this forum just today by looking for info on Sierra Nevada skiing, so I can't help yet! Interested because fiancee is looking for place in the sun, and if we could combine that with just 1 hour ish drive to mountains....well you get my drift!

The only thing I've heard so far is rumours about long lift queues at weekends and also nightmarish queues driving up to the main base resort, tis all just rumours though so far. Will keep looking elsewhere and post more when I know more.

I was in the Sierra Nevada last weekend- it was great. New snow friday and then two perfect days for Sat and Sun. Had more snow than some of the French resorts (at the time). Check out the photos to see for yourself:

I have skied both the Sierra Nevada (or Sol y Nieve as it used to be called) and La Molina up in the Pyrenees. La Molina was my first ever trip and was good fun, although the snow was not so good in March but 20 years later I am still skiing so it certainly sparked my enthusiasm. Sierra Nevada we arrived during a white out and could not see the resort for 3 days, so had no idea where we were, other than in a hotel on a hill! Bit scary. However, once it cleared and the damage to the resort was evident from the ice storm (1989) we spent a lot of time up on the slopes, with what runs and lifts we could use. Beware of the strong sun, I got severely sunburnt by not using a high enough factor sunscreen, and people were passing out in the lift queues as their heads got so hot, and people were also scooping up snow to put in the hats on their heads - extreme weather and rather peculiar!!! Found the resort a bit odd and lacked atmosphere but it was a while ago and I gather things have improved. Granada is well worth a visit and we had some time at the Alhambra, which was brill.
Rather a bad day on the slopes than a good day in the office! 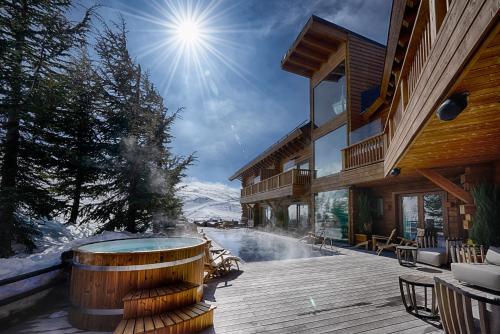 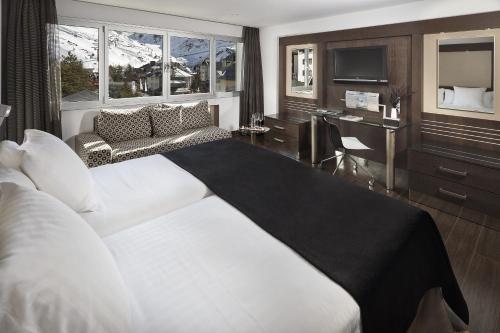 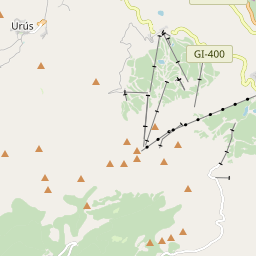