It has been announced that the final parts of the dissected 2021 World Freestyle Skiing and Snowboarding Championships are to take place in Aspen next month. The event is now spread across four resorts and countries on three continents over five weeks. Most sections have moved location three times in most cases across two or three continents, over the past two months, due to the pandemic.

The entire event had originally been due to be staged in China at the upcoming 2022 Olympic Venue of Zhangjiakou, but it was announced at the start of December that a new location outside of China would be announced due to the pandemic. Calgary in Canada was originally selected as a replacement of China to host the halfpipe, big air and slopestyle events but they pulled out on 20 January 2021.

Since then the ski and snowboard cross events were moved to Idre in Sweden from 11 to 13 February 2021, the parallel and giant slalom snowboard in Rogla in Slovenia from 1 to 2 March 2021, moguls and aerials held in Almaty Kazakhstan from 8 to 11 March 2021 and it has now been announced that slopestyle, halfpipe and big air events of both Snowboard and Freeski will take place in Aspen from 10 to 16 March 2021.

Around the same time regular World Cup races that were due to be staged in North America at resorts including Beaver Creek, Lake Louise and Killington were moved for the same reason.

Aspen is the regular host of the Winter X Games which it staged for the 20th time at the end of last month.

Aspen has had high numbers of coronavirus cases in the past month being placed in the regions 'red zone' in January under the tiering system there, posting more than 3,000 cases per 100,000 people. However after restaurants were closed numbers have since more than halved and the area has been moved down to the orange tier.

The World Freestyle Skiing and Snowboarding Championships are staged every two years, the last ones at 2019 in Park City, Utah. 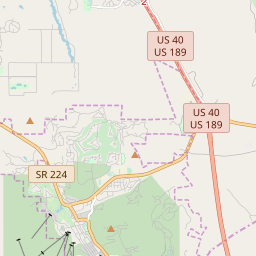