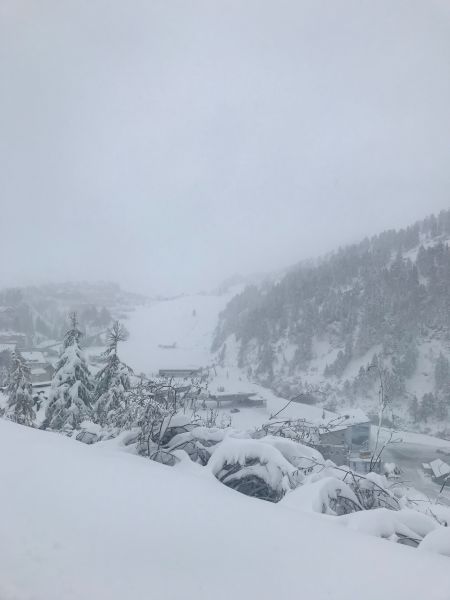 Ski resorts in the Alps, Dolomites and Pyrenees are all reporting their third significant snowfall in about a fortnight.

Resorts including Baqueira Beret and Grandvalira in the Pyrenees, Cortina d'Ampezzo in the Dolomites and numerous centres in the Alps have been posting fresh snowy images on their social media feeds today.

For many its the third significant snowfall of the autumn after a late September dump which led to the Glacier 3000 ski area near Gstaad opening nearly six-weeks earlier than planned after it received a 70cm snowfall. More snow fell about a week ago.

Obertauern in Salzburgerland which has reported 27cm of snowfall in the last 24 hours is pictured top today.

The biggest 24 hour accumulation reported so far is 30cm (a foot) of snow at the Hintertux glacier, one of 14 centres currently open for snowsports in Austria, Italy and Switzerland.

Glaciers have been reporting excellent early-Autumn conditions and this additional snowfall should improve things further.

The French 20-21 ski season is due to kick off at Les 2 Alpes and Tignes at the weekend when the 2020-21 Alpine Skiing World Cup tour is also due to start in Solden.

The new Italian video news channel Local Team https://www.localteam.it/videos has some good high definition drone videos of the recent snowfall in the Dolomites. If you scroll down you will also see some videos showing the damage caused by severe flooding to a chair lift at Limone Piemonte recently.
Edited 1 time. Last update at 12-Oct-2020

daved wrote:Admin...you are taunting us ....

Sorry! It is hard to decide whether to keep writing about the ongoing efforts of mother nature to deliver snow as usual despite the virus, and the travel problems it creates, or just pretend the snow's not falling until we can all get back out there normally again