Upto 40cm of Fresh Summer Snow in The Alps 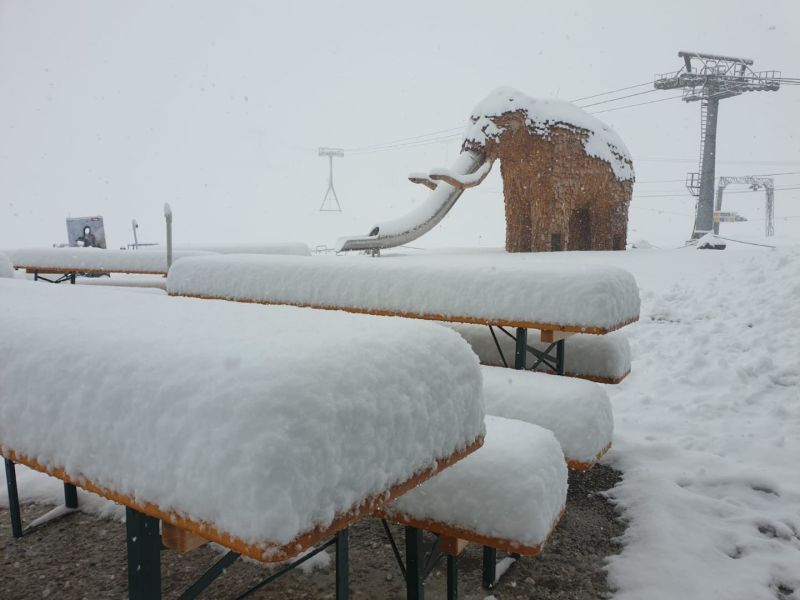 There's been heavy snowfall on many higher slopes in the Alps overnight after a cold front moved across the mountains.

Of the six glacier ski areas currently open for August skiing and boarding Italy's Passo Stelvio reported the most fresh snow, stating it had had 40cm of "fresh heavy snow" above 2700 metres (pictured below).

The pass is a major attraction for cyclists in summer, with national ski teams practicing on the snow slopes above, so road crews were busy this morning clearing snow.

Other glaciers have not yet published how much snow they've had, but the Hintertux glacier said it had fresh cover and the Stubai glacier, which usually opens for is long ski season in September, published the image op this morning of part of is summer mountain playpark under snow.

Also open for Autumn glacier skiing at les 2 Alpes in France, the Molltal Glacier in Austria and the glacier ski areas above Saas Fee and above Zeramtt in Switzerland, the latter also accessible a present from Cervinia in Italy. 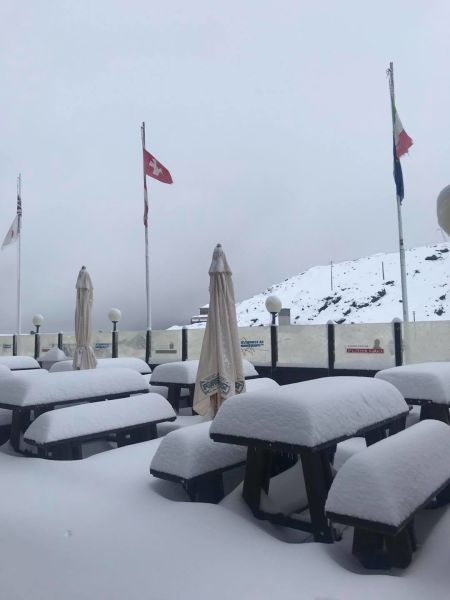