Must say I didn't notice. Not the sort of run I would tackle 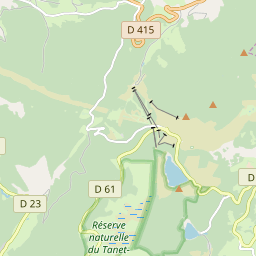