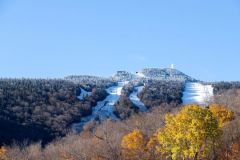 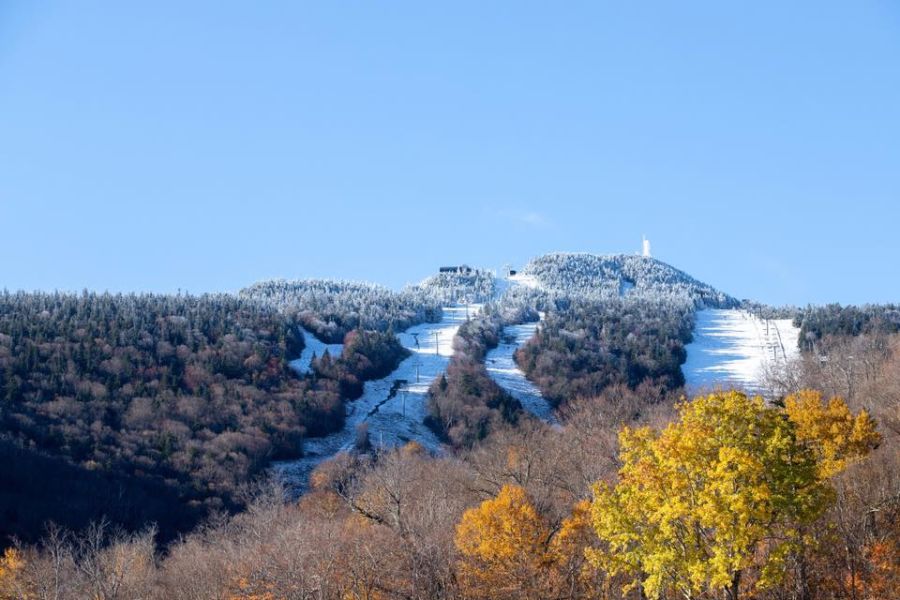 Killington in Vermont looks to have won the race to be "first in the East" to open for North America for the 2019-20 season.

It has been an unseasonably warm autumn on the Eastern side of North America (Whilst resorts including Breckenridge and Steamboat in Colorado posted record October snowfall) and whilst there have been periods cold enough for snowmaking in the East, and even a little natural snowfall, over the past month, it hasn't lasted long enough to build a skiable base. Until now.

Killington began snowmaking on November 1st as temperatures dropped and has now opened for a season that normally lasts to the end of May, or early June.

As yet there are no opening day pictures, the image top was taken a fortnight ago during the last period of 'wintry' weather there.

Other resorts that aim to open early in the East, often in October, including Sunday river in Maine, Wildcat Mountain New Hampshire and Mont St Sauveur up in Quebec all report snowmaking underway, but have not named opening days yet.

The forecast is for conditions to remain fairly marginal for snow for the next few days with the freezing point moving up and down the mountain, but for it to get colder from Wednesday/Thursday with the chance of a little natural snowfall.

More than a dozen ski areas are now open in the US, seven in Colorado, three in the Midwest and one each in Nevada and New Mexico. Two thirds of these have opened in the past few days.

There is snow forecast to fall in United States over the next 2 days, in at least 34 Ski Resorts including Aspen, Breckenridge, Jackson Hole, Lake Tahoe and Vail. 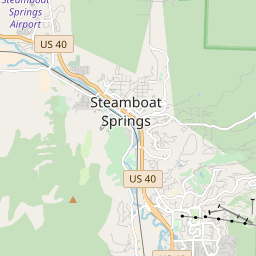