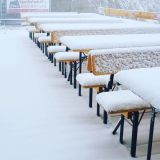 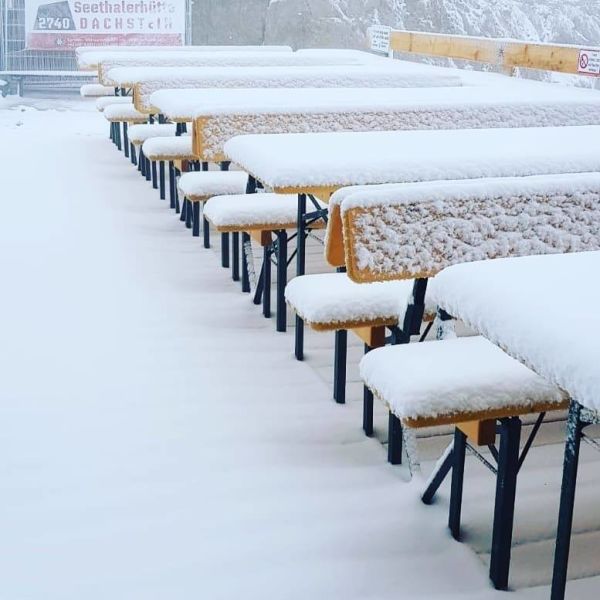 At least two glaciers in the Alps have reported fresh snow in the past 24 hours. The Dachstein and Stubai glaciers both posted images showing several centimetres of fresh snow at glacier-level restaurants.

Neither is currently open for snowsports but both will aim to open next month along with half a dozen other ski areas in France, Italy, Norway and Austria; more than doubling the current total of six open in Europe.

Snow above 3,000 metres is not unusual every month of the year but will be a welcome sign for ski areas preparing for early autumn openings, especially after another hot summer has led several to end their summer skiing earlier than planned.

These include Norway's Galdhopiggen glacier which should be open now but has closed due to snow melt. It reported fresh snow yesterday too and said it aims to re-open in mid-September, the same weekend (14th/15th) that The Stubai and others are targeting as their 19-20 season opening day.

Currently the Hintertux and Molltal glaciers are open in Austria, skiing is also available above Cervinia and Passo Stelvio in Italy and at Saas Fee and Zermatt in Switzerland.
www  The Snow Hunter