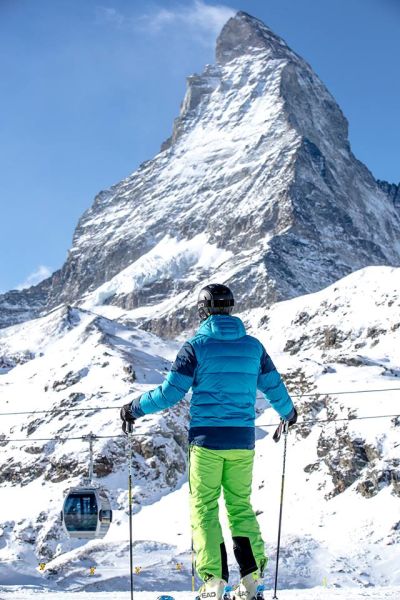 The cross-border Italian-Swiss ski area shared by Cervinia and Zermatt has more than 100 miles of ski runs open this weekend.

The terrain open is believed to be more than double what's open anywhere else in Europe at present and possibly the world.

Until this weekend the closest ski areas in terms of terrain open in Europe to Cervinia-Zermatt's "Matterhorn Ski Paradise" are was around 38km at Obergurgl, Hintertux and Solden in Austria but three more resorts have opened with bigger areas open from this morning.

They include Ischgl in Austria, Val Thorens in France (both with about 50km of runs open), and, a week earlier than planned, Sierra Nevada in Spain, the country's highest and Europe's most southerly mainland ski resort.

A total of 9 lifts and 43 kilometres of slopes are available, providing a vertical drop of 1,100 metres with accumulated snow between 20cm and 150cm depending on the altitude, according to stats provided by tour operator Ski Weekends which offers short breaks there, starting from next Saturday, December 1st, this winter.

"Sierra Nevada has a fantastic snow record and often opens in early December despite its proximity to the southern tip of Europe. But with conditions as good as this so early on, it presents an opportunity to grab an early ski trip and enjoy the slopes as well as the Spanish hospitality and food the region is so well known for. The resort is gaining in reputation with British skiers as they discover the excellent quality accommodation and facilities that provide good value for money," said company director Dan Fox.
www  The Snow Hunter