A little snow on the ground, waiting for more, at Les Arcs, France

November 8th Snow Headlines
- Breckenridge, Keystone and Eldora open early for the season in Colorado.
- French ski area in Pyrenees jumps ahead of resorts in Alps to be second in country to open.
- Mammoth delays planned opening this Thursday due to warm weather.
- Canada's 2018-19 ski season starts on Friday.
- Half a dozen areas now open in Scandinavia between Finland, Norway and Sweden.
- Ski season starts in the Pyrenees and even Portugal.

Things have quietened down a little in the Alps after the big snowfalls at the start of last week, although there have been more smaller snowfalls at many areas. Saas fee, for example, reported 30cm (a foot) more snowfall on Tuesday.

The build up to winter 2018-19 is continuing and there'll be more than 50 ski resorts open this coming weekend in the Alps, Pyrenees, Dolomities, Scandinavia and across North America.

In fact the lone ski area in Portugal as well as Masella in the Spanish Pyrenees posted their earliest ever season openings last week, the latter the first to open in the Pyrenees, although it will be joined by a French resort this coming weekend.

Canada will kick off its season on Friday with four resorts in Alberta opening, and Colorado to the south is seeing its 'pre-winter' get better and better with more resorts opening early there and six open this weekend in the state.

The news isn't entirely good though, Mammoth is the first resort to set back its planned opening on Thursday November 8th due to warm weather, but it is still the start of November.

A little more snow at high altitude is expected in places, with generally clear and mild weather prevailing for the next week or so.

After last weeks' snowfall on glacier slopes in Austria things have quietened down a little here with some perfect blue sky, powder days. For another week at least it's the country's eight glacier ski areas, plus Kitzbuhel, that are open, but following that the remainder of Austria's ski areas are due to begin opening starting with Obergurgl (from next Thursday 15th) and Obertauern (from Wednesday 21st).

Currently the glaciers are looking to be in their best shape since last spring, most now with at least a metre of snow lying on upper slopes and with more terrain open thanks to the fresh snow cover. Solden has the deepest at 1.8m with 31km of runs open, Hintertux the most terrain open 36km) with a 110cm base.

France
Tignes remains the only ski area open in France and here conditions have continued to improve with the fresh snow of the past fortnight – 40cm more has been recorded in the past week taking base depths up to the metre mark up on the glacier – a greatly improved picture on a month ago.

There's been an interesting twist however as a second French area has announced plans to open ahead of the scheduled big resort openings of Chamonix and Val Thorens the weekend after next. It's not in the alps either, Porte-Puymorens in the French Pyrenees has reported lots of fresh snow over the past fortnight and plans to open "at least two sectors" this weekend.

Italy
Italy has been getting the brunt of the storms of the past 10 days and with flooding and other problems at lower elevations the snow up high isn't a high priority in the country right now. However there are four ski areas currently open in the country with the Presena Glacier at Passo Tonale and the slopes of Solda in the South Tyrol the latest to open at the weekend, joining Cervinia and Val Senales.

With the Passo Stelvio summer ski area forced to close a week early, due to snow there making access impossible, the Presena Glacier's 2.3m base is currently the deepest in the country.

Switzerland
A number of areas including Engelberg and Verbier opened for the first time this season last weekend following heavy snowfall last week and getting lots of media attention as a result. The full list of Swiss areas now open, at least at weekends, is starting to get quite lengthy therefore, with Andermatt, Davos, Glacier 3000 near Gstaad and the Diavolezza glacier near St Moritz joining long-time-open Saas Fee and Zermatt. These latter two have some of the deepest snow in the world at present reporting 3m (10 foot) bases and powder cover up top.

Scandinavia
About half a dozen ski areas have now opened in Norway, Sweden and Finland – all with just one or two runs open and fairly thin cover, typically 5-30cm, so far. These include Beitostolen, Kvitfjell and Bjorli in Norway; Idre Fjall in Sweden and Levi and Ruka in Finnish Lapland.

Pyrenees
As mentioned earlier, Masella on the Spanish side of the Pyrenees opened at the weekend; its earliest ever season start. And as mentioned in our French section the first resort to open in the French Pyrenees is set to open this weekend too – it's rare for two ski areas in the Pyrenees to be open this early in November.

Scotland
Temperatures have shot up in to double figures again in the Scottish Highlands, taking out much of the October hill snow that was lying. On the upside however The Lecht has confirmed it will open in early December thanks to its purchase of an all-weather snow factory snow making machine and Glencoe and Cairngorm have the same machines.

North America
Canada
The start of the season is upon us in Canada with at least four ski areas including all three Banff areas and Nakiska, the closest centre to Calgary, all saying they'll open this Friday 9th, November. Lake Louise is one of those due to open on Friday (it is scheduled to stage the first World Cup downhill races at the end of this month). Most (except Sunshine) are relying on their snow-making though there's been some good early snowfalls too so it's mostly looking all white.

USA
It's a mixed picture in the US with some resorts opening early, with others delaying planned opening dates - which is fairly normal for this time of year. Colorado is having a great start to the winter with three more ski areas opening, all earlier than planned, on Wednesday, and the snow still falling. It's all very different to a year ago when things started bad and didn't really let up until the spring. This year though Breckenridge, Keystone and Eldora all opened early, with the first two originally due to open this weekend, Eldora not for another 10 days. Therefore six Colorado areas are now open with bases in the 60-80cm bracket, including Loveland which has been posting powder alarms this week for more than 20cm of snow in 24 hours on several days running.

Less good news in California though where Mammoth, which was due to open on Thursday, has delayed doing so with no fresh date given, due to warm temperatures. Elsewhere the same half dozen resorts on the East coast and a few other US locations remain open, mostly at weekends – including Killington, Sunday River, Mount Snow and Wildcat Mountain in the East.
The Admin Man 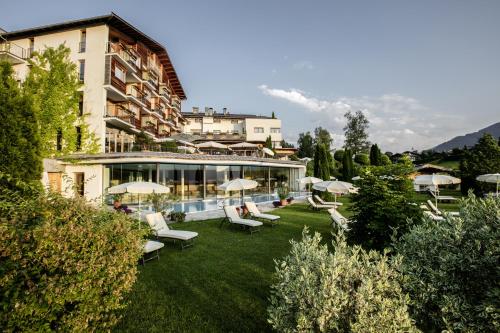