Thought it is about time I posted a report on our March 2013 trip to Winterberg, Germany ...... So here goes. I have started off with a couple of shots of the village, a very pleasant place
with a nice square with plenty of bars and restaurants. The restaurant prices were very reasonable pizza from €5 euro and a steak between €17 to €19. I was quite surprised how busy the place was it seemed that everybody eat
early so if we rolled into a restaurant at 20.00 hrs there was always a table
available. The lift system was excellent, all T-bars in operation had been replaced by
chairs between 4 to 8 man, and it was pretty clear that the resort had had major investment. The day we arrived it snowed not a great deal but enough to carry on the tradition of having snow fall on every ski holiday.
First day of skiing was on the Monday very cold in the morning but warming up as the day progressed. The snow was pretty hard which we both liked which made for some fast descents but beware the runs are very short, so you do spend a lot of time sitting on chair lifts.
Winterberg is not a place you go for a week two or three days is more than enough as you do cover the same pistes quite a lot, but I suppose it makes it fun finding different ways down the same piste just to keep you interested. On the mountain the prices were reasonable a large beer €2.5, coffee €1.80, the food was much the same German sausage and chips €5, Spaghetti €6, Chilli and chips €4, Curried German Sausage and chips €4.
One lunch time they had some pea soup on offer so I went for that a big mistake they had chucked in ham so it was Pea & ham disgusting. Winterberg has two blacks one of which is their slalom piste which was only really red, but the other black which runs down the side of the new ski jump was short steep and narrow but was a nice warm up run in the mornings. The temps began to rise on the Tuesday and I wished I had brought along a lighter jacket as by lunch time we were beginning to sweat, by 14.00 hrs the snow was starting to become slushy in places which made for that awful stop start when some parts of the pistes were hard and then you hit a slushy bit and it seems you are close to coming out of your boots !! Wednesday the weather was even warmer and again by lunch the snow suffered. So we finished our stay in sun tan weather which was great for sitting outside drinking beer which I will add is excellent, not normally a lager drinker but the german beer was first class. Would I recommend Winterberg yes I would, like I have said earlier not for a week but for a couple of days it is fine. Nice people, Nice hotel and only reasonable food as it is Germany, but bloody good beer.
Winterberg has a massive snow making operation which as long as temps are cold enough it makes it pretty snow sure, skiing is pretty easy but in the right conditions there are some off piste opportunities but beware the Alps it is not .... but worth a visit if your passing.

I must also had the price of unleaded in Belguim and Holland very expensive €1.77 to €1.71, cheapest fuel was in Germany at €1.65 more expensive than the UK so on the way back we filled up in Blighty that made a change.
www  http://www.caveholidaysandalucia.co.uk
Edited 1 time. Last update at 04-Apr-2017

Where is there snow in Germany? 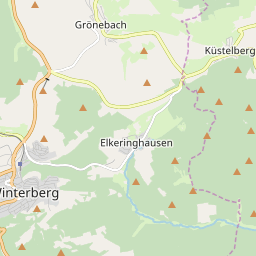