And J2Skiers can get 20% off the door price for tickets - just go here - http://warrenmiller.co.uk/tickets to buy your tickets and enter j2ski2011 at the checkout... and enjoy the film!

The pressure is off. No one is watching. It's just you, your boards and the mountain. The weather has broken and the snow is untracked. The only sound is that of your breath, crystallizing in the winter air. There's only one place to go, but there are an infinite number of ways to get there. Adjust your gear, take a deep breath and . . . ski, shred, huck, bomb, launch, spin, charge . . . Like There's No Tomorrow.

This Autumn, Black Diamond Films offers your first stop for preseason powder stoke, with the introduction of the UK tour of Warren Miller's latest annual winter sports film . . . Like There's No Tomorrow.

Narrated by Olympic Gold Medalist Jonny Moseley and shot on location on five continents, . . . Like There's No Tomorrow celebrates the moments that make up a perfect winter. Tour the world's most inspiring snowy landscapes, from the rugged peaks of New Hampshire's Mount Washington to the legendary powder of Squaw Valley, California; from the striking Himalayas in Gulmarg, India to the southern hemisphere's highest peak in Portillo, Chile. Alaska. Utah. Colorado. New Zealand. Norway. It's all here, just waiting for you to fill in the blank.

Watch world-class athletes – including Chris Davenport, Julia Mancuso, Daron Rahlves, Colby West and Seth Wescott – drop lines most of us only see in our dreams and learn, frame-by-frame, how to live . . . Like There's No Tomorrow. Check warrenmiller.co.uk for a complete list of UK tour dates, trailer, image gallery, competitions, film locations and athlete bios.

. . . Like There's No Tomorrow is your annual reminder that winter is on its way and, with it, an adrenaline-fueled dance with gravity. "We welcome winter with everything we've got," explains the film's director and producer, Max Bervy. "Because, while there's always a tomorrow, there are only so many dawns with fresh snow."

Warren Miller's . . . Like There's No Tomorrow will sweep the UK as a limited, high-definition release, stopping in more than 40 U.K. towns and cities during November and December 2011. With screenings often running for one night only, Warren Miller films attract a cult-like following and mark the official start of winter for sports enthusiasts everywhere. Warren Miller film shows are an experience, a party and a phenomenon not to be missed.

The UK tour of Warren Miller's . . . Like There's No Tomorrow is made possible by the support of the following brands: Nissan X-Trail, Sky Sports, Ski Lake Tahoe, The Independent, Virgin Holidays, Rossignol and Ski Club of GB.

Winter is coming. Watch . . . Like There's No Tomorrow first.

Hotels and Apartments in and around Portillo 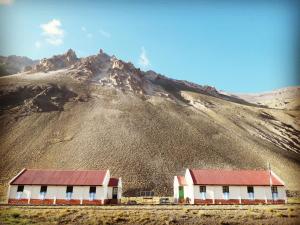 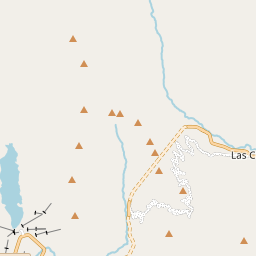