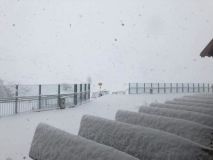 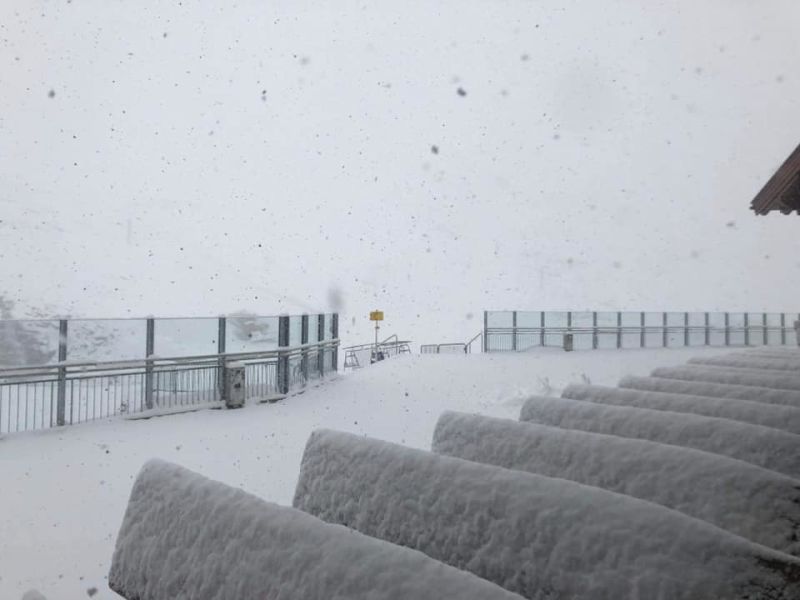 The snowfall in the Alps is intensifying today with 30-40cm more snow expected in total above 3,000 metres on glaciers and high peaks. The snow has been falling down to about 1500 metres too.

Currently five glaciers are operational for snowsports although closed today in some cases due to the weather. They include Hintertux in Austria, Saas Fee and Zermatt in Switzerland and Cervinia (last day of summer ski season today) and Passo Stelvio in Italy. Val Senales in Italy is due to open next weekend and half-a-dozen more Austrian ski areas plus Tignes in France by the end of September.

In Scandinavia the Galdhopiggen glacier re-opened yesterday after reporting 40cm of fresh snow. Located on Scandinavia and northern Europe's highest mountain it is normally open from spring to late Autumn but was forced to close in late July this year. It had targeted next weekend to re-open but decided to open this weekend instead after all the fresh snow.

Although there is currently nowhere open in North America some high resorts like Arapahoe Basin in Colorado have been putting snowmaking machines in place, aiming to open in October, and there have been some snowfalls on high slopes in the north of the continent.

Meanwhile in the southern hemisphere ski areas in South America as well as resorts in Australia and New Zealand have all been reporting heavy snowfall, and there's also been some snow in Lesotho, Southern Africa.

The southern hemisphere's 2019 ski season winds up at the end of September for most areas so the extra 20-30cm of snow reported on Australian and New Zealand ski slopes this weekend as well as smaller falls in Argentina and Chile will be a welcome boost for the final weeks. Some reports say that northern Chile has had its worst season fort 60 years so the little snow that fell at Valle Nevado was maybe not much consolation though.

Light snow was also reported in Lesotho in southern Africa at the country's one ski area, Afriski. This closed for 2019 snowsports at the end of the month after an unseasonably warm August, so the snowfall arrived a little late there too.

Oh admin. You've got me looking at webcams, you swine! And it's only September