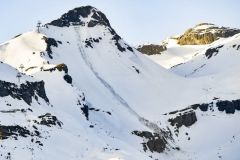 There was a large avalanche yesterday afternoon in Crans-Montana in Switzerland, leading to a search that went through the night for survivors.

Over 240 people including resort workers, police, military and volunteers were involved in the rescue operation, as well as eight helicopters and a dozen search dogs. The resort is hosting a World Cup race this weekend, which meant that there were many extra staff available to assist. 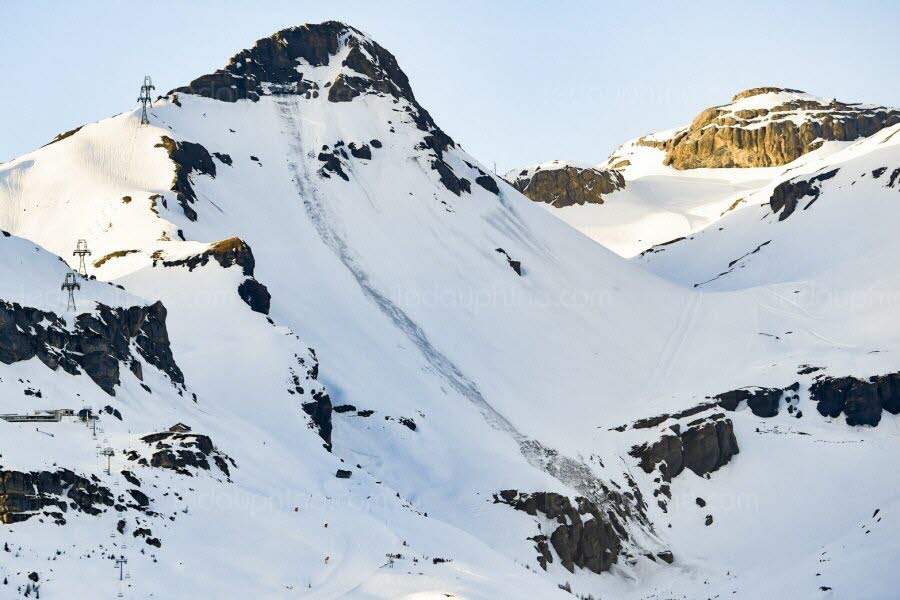 The avalanche had started high on the mountain and is believed to have been caused spontaneously by warming snow, rather than triggered by skiers. The avalanche risk had been reduced from 'Level 3' to 'Level 2' earlier in the day.

The scale of the avalanche was so great that the snow fell for 840m and was 100m wide. It didn't stop until it hit the Kandahar ski slope below, burying an unknown number of skiers.

Late last night, four people had been rescued, one with serious injuries and three with minor injuries. It was believed there may have been more victims, but the search was called off on Wednesday morning

The public prosecutor has opened an investigation to determine the possible causes of the avalanche.

Tragically it has now been confirmed that the seriously injured victim has since died. More details on the fatality - a local ski patroller - have now been released by Crans Montana
https://www.facebook.com/cransmontana.resort/posts/2313181765584947
Edited 6 times. Last update at 21-Feb-2019

Update as the blame game goes on
https://www.swissinfo.ch/eng/crans-montana-avalanche_ski-lift-head-denies-greed-kept-avalanche-prone-pistes-open/44779396

Well in reality you wonder how many times on February there has been a spontaneous full depth avalanche - probably zero.
Seems to me that those responsible for the piste safety just didn't consider the April conditions. Bet a lot of resorts were re-evaluating slopes after it happened .

Ranchero_1979 wrote:Well in reality you wonder how many times on February there has been a spontaneous full depth avalanche - probably zero.


Unusual, for sure, but from the pictures above those are awful steep slopes looming above the piste - broken only by cliffs. If that wasn't a marked run and you were off-piste, you'd be looking at that and thinking "threat from above", "terrain trap" ... "not today", wouldn't you?

Tragic all round, especially so as it took a pisteur who was assisting someone.
The Admin Man

If there were signs of some sluff I would not hang around and go 1 - 1 with a 50m gap if ski touring. Which would not necessarily keep me safe from a massive avalanche.

Perhaps the piste was just in a sub optimal position but if you take the worst case scenario then a lot of piste would need to be closed.

At least 1 Ski Resorts in Switzerland is reported to be open.