Dawn breaking over a snowy Andermatt this morning...

With our last weekly round-up of 2018, we'd like to wish you a Happy New Year!

This Week's Snow Headlines
- Ski areas in The Alps report up to 1.2m (4 feet) of snow in past 7 days.
- Third Scottish ski area making snow With 'all-weather' machine.
- Most ski runs in the Alps groomed and open for New Year.
- Pyrenees and Dolomites waiting on significant snowfall (but mostly open).
- Some small ski areas in North America close temporarily due to warm, wet weather.
- Deepest base in Europe (and the world) reaches 4.5 metres.

There's mixed snow news for New Year in the Alps with more healthy snowfalls bringing up to 1.2 metres of new snow in the past week and taking Europe's deepest base up to 4.5 metres. There has, however, also been unseasonably warm weather with rain as high as 2000 metres at times, removing snow cover in some valley resorts and leaving wet snow at low elevations.

Compared to many recent Decembers, most resorts are very happy with the state-of-play for New Year, however, and what will for many be the busiest week of the season. Many have all, or almost all, of their runs open and lifts operating and the weather is generally benign for some great days on the slopes.

Elsewhere there's not been much snow in the Pyrenees, Dolomites or Scandinavia but again most (if not quite so much given the thinner bases) of the terrain in each of these regions is open. In Scotland there's not enough natural snow to open but the centres with the new-for-this-season all-weather snow-making machines are operating.

It's a not dissimilar picture across the Atlantic either with less fresh snowfall but still some healthy dumps, particularly at the start of last weekend, but also warm temperatures and rain causing issues at smaller, lower resorts on East and West coasts and in the Midwest.

A further week of mild and clear weather is in store for most of The Alps, with little new snow.

The outlook beyond that is very unclear at the moment, and the forecast models are struggling to agree on some potentially significant pattern changes. We hope to have some more clarity on that next week - it could be interesting!


EUROPEAN ALPS
Austria
It was a snowy Christmas in Austria with ski areas reporting up to 70cm of snow over 72 hours at the start of this week. Temperatures remain mild, however, and at many resorts it was raining at resort level and on lower slopes. So powder up top but not so much picture-postcard snug snowy villages so far unless it's up high. The forecast is for fairly stable weather over the coming week with temperatures again warm in resort but well below freezing higher up so at least bases building up top should be maintained.

Solden is on 299cm, the deepest in the country, after another 50cm since Sunday.

France
French resorts did not see so much fresh snow as Austrian over the Christmas period with most reporting only 5-15cm of fresh cover. There were bigger snowfalls last Friday-Saturday when the 3 Valleys and Paradiski got a little more than 20cm in 24 hours. The bad news was that it rained up to as high as 2000 metres, leaving snow conditions rather soggy in places, particularly on lower slopes, and the off-piste snow pack stodgy and unstable. Despite this, snow depths are good and in fact some of the best they've been this early in the season in recent years, and most areas have 90-100% of their terrain open for the Christmas/New Year holidays, which again is one of the best situations in terms of open terrain in the past five years.

The coming week looks fairly dry in the French mountains.

Italy
Italy has seen very little fresh snow in the past week. The biggest accumulations came in the North when snow falling predominantly in Austria and Switzerland at the start of this week crossed the border to reach northern Italian areas and on Friday/Saturday last week when from the French Alps crossed a little into northwest Italy too. The Dolomites, however, have stayed dry. But as with other Alpine nations there's enough cover to open most of the country's ski runs in time for New Year.

The deepest snow at present for the main resorts is at Madesimo where it is lying 2.5 metres thick – not bad at all for December. In Val Gardena it's 5-40cm but still almost every run is open.

Switzerland
Swiss ski areas continue to post the world's deepest snow depths, topped by Andermatt where another 50cm of snow in the past 72 hours appears to have bolstered its depth on upper runs from 400 to 450cm – the deepest in the world by some distance and ten times the stat for resort-level snow. As with the rest of the alps most of the country's leading areas are fully open which must come as a relief after what was reported to be the third warmest Autumn in the country on record, especially with so many posting good early-season snow depths up high at least.

Scandinavia
A fairly quiet week in Scandinavia with little snowfall reported. Some of those getting bigger accumulations in the last few days including Voss in Norway (15cm) and Ramundberget in Sweden (32cm). Base depths are fairly unspectacular so far but adequate for most of the larger resorts like Are, Hemsedal and Salen to have at least 30 runs open for the Christmas and New year holidays.

Pyrenees
It has been stubbornly non-snowy in the Pyrenees and there's no snowfall on the horizon for another week at least it seems, plus temperatures have been up above freezing recently. That all being the case, the principality's main centres report at least half their runs open, around 90% in Grandvalira's case. Upper slope base depths are 40-50cm.

Scotland
It's not looking good for fresh snow in Scotland over the Christmas and New Year holidays, other than the short runs made with the all-weather snow-making machines at Glencoe, The Lecht and most recently Cairngorm. There is some natural snow up high but temperatures are now rising again to double figures in the valleys so there's likely to be more thawing. No signs of change in the near future.

Eastern Europe
A mix of conditions in Eastern Europe (as usual) with some fresh snow in the west of the region, but less the further East you go. Poland's Dwie Doliny Muszyna reported 20cm of fresh snow over Christmas/Boxing Day, the biggest 24-hour accumulation in the region. There was also 5-15cm of fresh snow at many areas in the Czech and Slovak Republics. Less fresh snow in Bulgaria but most of the areas have at least half their terrain open. Pamporovo reports upper base depths have hit 1 metre, at Bansko it's closer to 50cm.

North America
Canada
Mt Washington on Vancouver Island off Canada's West Coast posted the biggest snowfall of the past week at just under 90cm (three feet) - as the nearly three-week-long snowstorm that has been hitting the country's West Coast off the Pacific appears to be finally easing. It has left ski areas in BC taking the top 8 of the table for the country's deepest bases having previously been low down in the rankings, topped by the continent's largest area, Whistler Blackcomb, on 215cm. Most of the ski runs there are now open too.

It's less good news in the east where several smaller areas in Quebec have been forced to close temporarily due to unseasonably warm, wet weather.

USA
A mixed picture in the US too with more healthy snowfalls, particularly at the end of last week, but also an increasing number of ski areas announcing they were delaying the start of their season – or closing temporarily having already opened – due to weather too warm for snow-making (and rain). Ski areas on the East Coast have been particularly hard hit in that latter category.

The more positive news has been big snowfalls, again, further West with Mt Baker (again) receiving the second most snowfall in the world over the past 7 days (119cm/4 feet). A number of resorts in the Rockies issued 24-hour 25cm+ powder alerts on Saturday. Base depths remain good at most and most have all or most lifts turning and runs open.
The Admin Man

Can report Chamonix has great skiing above 2000m. Packed snow with 2cm of wind blown powder on top made for great on and offpiste.

Seems up high on glaciers is looking good if still a little open. High Mountain Guides latest report certainly looks like they found some great snow. 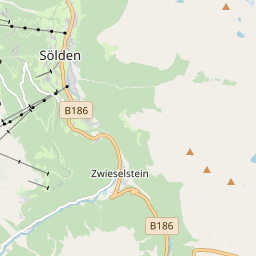