€45m Plan To Link Lech and St Anton Next Winter 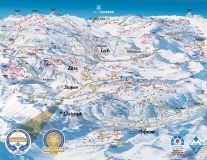 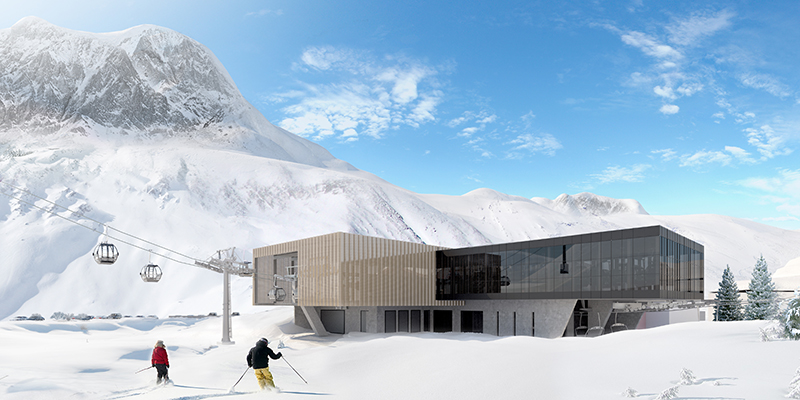 The €45m project will see four major new lifts installed and a 1.8km run created too, connecting the two halves of the area to create Austria's largest linked ski region by some margin, with 305km of piste and 87 ski lifts.

The new connection will be made between Zurs near Lech and Stuben on the St Anton side of the region. The main lift will be a 10 –passenger-cabin gondola with a journey time of just over six minutes and an hourly capacity of 2,800 people. It has already been given a name – the Flex Bahn, and its own website: www.flexenbahn.ski

It is currently possible to ski in one-direction, from Valuga above St Anton down to Zurs, but only for very good skiers accompanied by a guide – moist people get the bus.

The Arlberg has also announced that it will be creating a new circuit taking in all the corners of the huge region to highlight how quick and easy it will be to get from one side to another. The 'Run of Fame' (Which also already has its own website: www.run-of-fame.ski) will allow skiers to cover up to 65 piste kilometres (41 miles) around the huge circuit and descend 18,000 metres of vertical in the process. 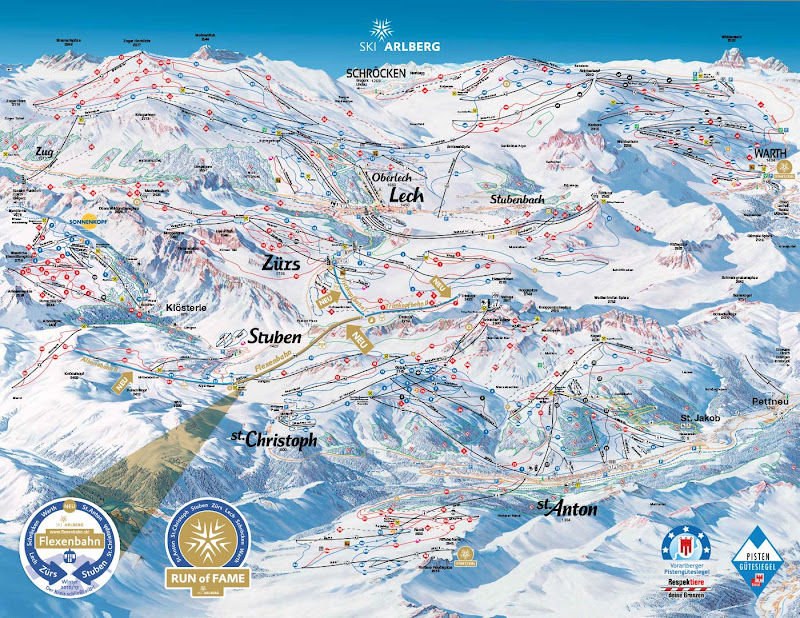 The newly fully inter-connected ski region will be amongst the 10 largest lift-linked ski areas in the world, possibly the five largest by some measures.

Currently the 'largest ski area in Austria' title is disputed by the SkiWelt and the newly opened TirolS region linking Saalbach and Fieberbrunn.
www  The Snow Hunter
Edited 1 time. Last update at 18-Feb-2016

Am not sure I really like this trend of linking everything to make a 'mega resort'.
1) Unnecessary, nobody can ski out an area bigger than about 50km in a day.
2) Degrades the very thing that makes skiing in the Alps so much better than the rest of the world. All the hamlets, villages have a different feel and that is the way it should be.
3) Ethically is pretty questionable to be ruining the mountain landscape for something so pointless. Essentially a ski lift is no more attractive than a wind turbine and a lot more polluting.

Really struggle to think of even one benefit of this trend.

I have mixed feelings too. When they happen, among the arguments in favour (beyond the questionable "This is progress!" and "We must compete on the international stage!"), are (1) cuts down road traffic/CO2 emissions (Although if more people visit from afar as a result doesn't that make it worse? er...) and (2) in some cases obscure villages brought in to a network by suddenly finding they're in a crucial location on the link get more daytime visitors/passing trade to give them a boost, perhaps helping a dying village (though probably not any of them in Arlberg) ...and you have the counter argument that it might drive up property prices and force out the less well heeled locals.
www  The Snow Hunter

I would share the mixed feelings as well but perhaps not for the same reasons. Regrettably, I am not young enough/fit enough/technically able enough to skin up a mountain for 5 hours or to ski down a pristine deep powder field from the top

Accordingly, I need pistes and the infrastructure that goes with them and because I get around the pistes fairly quickly, I like lots of them

. It is especially interesting because you travel through at least 2 distinct cultures - Austrian and Italian. Yes, I know its all in Italy but the Northern end does have a distinctive Austrian feel to it. Even somewhere like the Skiwelt allows you to leave Soll in the morning and to lunch all the way over in Kirchberg or Going. Does this compare to a solitary walk or climb in the mountains - absolutely not but it is as much as most of us can manage

As for the new link, my reservations are probably more selfish

. St Anton tends to be overcrowded and can be somewhat raucous. Thankfully, most people who go to St Anton are too lazy or unimaginative to head over to Lech or Zurs so it does tend to be much quieter over there. Even when I stay in St Anton, I would tend to head over to Lech/Zurs more often than not for that very reason

. I would imagine that with the new link, the Lech/Zurs side will become much busier

. This is especially unfortunate for Zurs which is a lovely ski area and usually the quietest of the lot

More good points! I remember Lech has (or had) a daily limit on the number of people it would allow on its slopes. I wonder how that will work now if people can pour in by lift... (I'll ask them!)
www  The Snow Hunter

It could have a dramatic effect on Stuben. Currently a very cute little village on the edge of the St Anton area, it will now be at the very centre of a very large area with easy direct access to both sides. Interesting to see how they cope with the demand - presumably either much steeper prices and/or lots more development (which would be a pity)

Have to say I'm all for this one.
The bun fight to get on an overcrowded ski bus linking the resorts is far from a pleasant experience. I'd much rather have the two linked.
Some linking plans don't make sense to me, but this one does. It's been talked about for well over a decade, at last something is happening.
I just hope they don't lose sight of all the other lift improvements needed.