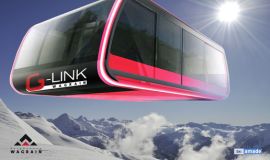 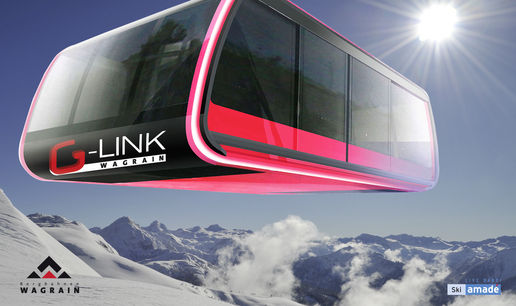 Two of the main ski mountains in Austria's giant Ski amadé region will be connected by a futuristic new cable car next winter.

The spectacular "G-Link" (http://www.g-link.at/en) in Wagrain will connect two ski mountains above Wagrain, the Grafenberg and Griessenkareck.

The Griessenkareck ski mountain is already shared with neighbouring Flachau and Grafenberg with St Johann in Pongau. Total piste kilometres for the combined area have not yet been published.

The new cable car will connect mid stations of gondola lifts on each side of the valley, carrying up to 130 people across in each direction every 6 minutes.

It will cross a distance of 2km without support towers and the lift stations on each side of the valley will only have 7m of altitude difference from each other. However the lift will hang up to 150m below the level of the stations at its lowest point, but will be a maximum of 232m above the valley floor at its highest point.

Work on the new lift started last July (2012) as part of a 42 million Euro spend by Ski amadé which will also see 88 percent of all slopes, which equates to 731 kilometres, covered by snowmaking.

Nice
www  New and improved me

Gotta love the promo video - only the Austrians would promote a multi million Euro lift with a couple of puppets, genius... 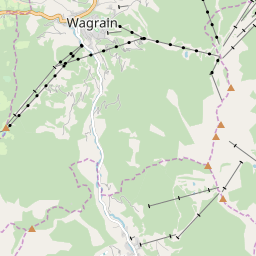