ESF Seeks To Distance Itself From British Ski Hosts Ban 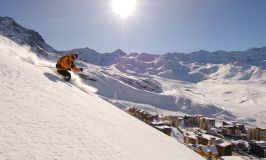 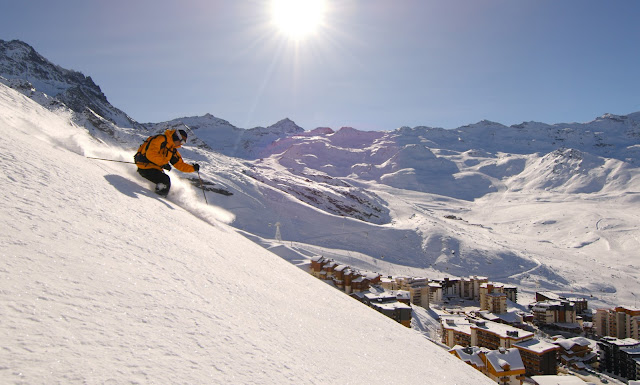 The national French Ski School, the ESF, has sought to distance itself from a French court decision to ban British Tour Operators from offering free ski hosting services to their clients.

"Following today's court ruling in France with legal action brought against UK tour operator, Le Ski, Simon Atkinson, Director, ESF has issued the following statement: ESF has incorrectly been cited as being the organisation for taking the Le Ski to court for its own protectionism. It should be stressed that ESF has not brought the action in the French courts, but the Public Ministry's (French Administration) did so in pursuing action against Le Ski for non-compliance with French regulations, after a Border Police Patrol Control found them to be contravening French law," said a statement released by the ESF via a UK PR company.

The disagreement between the French ski school and tour operators has been going on for decades in various forms but has recently resurfaced with a new legal move, targeting the British tour operator Le Ski, which has been bringing skiers to the French Alps for 30 years.

In previous confrontations the argument centred on the term 'guiding' with tour operators changing the job title of staff who showed new guests atound the slopes to 'hosts' to avoid confusion with fully qualified ski guides.

The French say the move is to protect safety of British skiers and boarders with ski hosts often not having French-recognised qualifications of a high enough standard.

However commentators say that the move, as in previous cases, is about protectionism and that it will backfire of the ESF. They say ski hosts only offer resort familiarisation tours and do not instruct or take skers in to dangerous areas. Market leader Crystal issued the following statement:

"Crystal Ski is disappointed with today's court ruling, however, we are pleased to hear that the tour operator has decided to appeal. We have temporarily suspended our social skiing service in France whilst this process goes through the courts. We have never seen social skiing as a replacement for a ski school as social skiing is where a representative from the holiday company takes guests on familiarisation tours of the slopes, show them good lunch spots and how to avoid the queues. They do not go on black runs or off piste and stick to gentle slopes. No instruction is given."

Internet discussion boards are already filling with highly negative comments about the French move and the ESF in general.

The ESF statement continues, "This is not an ESF led court action, but the organisation has rightly shown its support for French law to be upheld and that for those organisations using hosting or other personnel to 'guide' such people must possess a valid qualifications to do so. ESF is committed to ensuring the safety of UK tourists using French resorts for winter sports. ESF reiterates its commitment to supporting the UK ski industry and will work with UK tour operators in finding workable solutions for lawful guiding on the French ski slopes."

Le Ski says it will fight the court's decision and has 10 days to appeal.

I really would love to know what would class as a valid qualification in the eyes of the French Public Ministry and/or the ESF?

Would the host I had a great time with last year be classed as holding a valid qualification I wonder - he had BASI (not sure what level but more than the dry slope/snow dome one)
www  Snow dance !!! my snow dance on youtube

My guess is not. All reports indicate that French only accept French qualifications as of high enough standard, despite attempts at pan-European standardisation.
www  The Snow Hunter

Yesterday a French court ruled that British tour operators are not allowed to offer ski hosting to show customers around the local slopes, the Albertville court ruled that skier safety is compromised.

British Tour Operator, Le Ski, were taken to court as a test case and the ruling means that no British companies can now offer the service. Le Ski's founder, Nick Morgan, has confirmed they will appeal the ruling.

Morgan said: "as we expected the court in Albertville has taken the side of the locals and the protectionist agenda of the ESF. We will be appealing and the case now goes to a court in Chambery. The fight goes on and we will take this all the way."

"We are determined to carry on and we are not prepared to see British ski hosting outlawed. By taking the British on in this way the French Authorities, and the ESF, have created a problem where there really wasn't one."

Crystal Ski, the UK tour operator, said: "Crystal Ski is disappointed with today's court ruling, however, we are pleased to hear that the tour operator has decided to appeal. We have temporarily suspended our social skiing service in France whilst this process goes through the courts. We have never seen social skiing as a replacement for a ski school as social skiing is where a representative from the holiday company takes guests on familiarisation tours of the slopes, show them good lunch spots and how to avoid the queues. They do not go on black runs or off piste and stick to gentle slopes. No instruction is given."

The court has banned the practice, stating that it breaks French law which requires leaders of organised groups on the ski slopes to be either a qualified ski or snowboard instructor. The case was supported by the national ski school, Ecole du Ski Francais (ESF).

Through a PR firm in London, the ESF has given its reaction to the decision of the court: "This is not an ESF led court action, but the organisation has rightly shown its support for French law to be upheld and that for those organisations using hosting or other personnel to 'guide' such people must possess a valid qualifications to do so."

Though there are many skiers who don't use the service, those that enjoyed the on mountain ski hosting will now have to consider skiing in Austria or Switzerland if they want hosting as part of their holiday.

I think the topic headline and intro are misleading; the ESF are not seeking to distance themselves at all from the court ruling. The last paragraph makes it perfectly clear the ESF supports the court's decision.

On another site, it has been stated that French ski schools will only hire from BASI Level 3 instructor level. If this is true, how would the French trainees gain their instructing experience?
In Austria, in order to pass the basic Anworter level, the test must be taken in German. This is daft, given that most resort pupils are English or Dutch speaking.

The French are adopting a good tactic, by tackling a small company. I doubt that an appeal to a French court is likely to carry success. However, were a company to have sufficient muscle to carry it to a European court, I suggest they would be likely to win.

There is no end of French specific legislation coming into force, though I hate to say it "aimed" at Chalet Operators. Don't get me wrong I am all for safety and making sure rogue operators toe the line, but the situation is getting untenable and the playing field is not level. We will soon not be able to peel a potato without the relevant qualifications, licences or permits (all paid for of course). We have even got to the point of having our minibuses weighed and are fined If the police consider that our load of guests and baggage is not balanced..though they don't weigh either the people nor the baggage. Well the seats are where they are and as you can't carry children up front in any case then surely Renault for example have taken this issue into consideration when designing the vehicle in the first place with a lump of engine up front! I wonder what would happen to the local economy if we all just decided on a particular date not to have guests for 1 week, no lift pass sales, no full mountain restaurants, no ski school punters, no takings at the supermarkets. .........