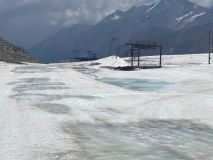 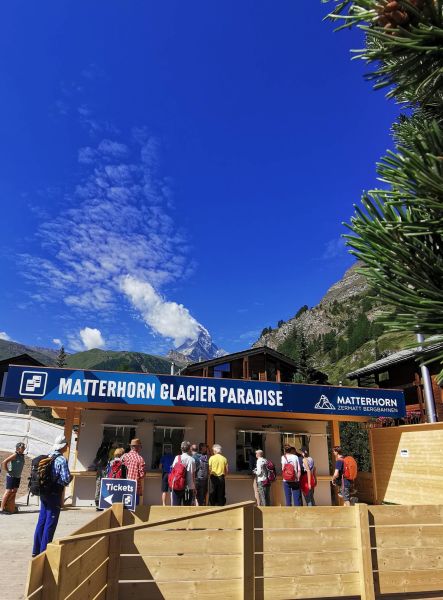 Hintertux in Austria will be the only summer ski area left open in the Alps from this weekend after Zermatt announced it will temporarily suspend its year-round skiing provision on its glacier.

Zermatt's slopes, also accessible from Cervinia in Italy through the summer, are the highest lift-accessed in Europe and are normally open every day of the year, weather-permitting. During the pandemic they were only closed for a few months at the very start in spring 2020, but stayed open through later waves.

Zermatt's closure, from this Friday 29th July, means only one other centre is currently open in the Alps to summer skiers and boarder's, the world's other year-round ski centre of Hintertux in the Austrian Tirol. However it has been posting a rapidly thawing snowpack too, dropping most recently from 50 to 25cm in the last week having been at 2 metres a few months ago. The terrain open there has also dropped in the past week from 20 to six kilometres of runs.

Zermatt is the latest summer ski area to suspend operations after a prolonged spell of 'unprecedented' hot spring and summer weather followed a low snowfall winter. With temperatures remaining above freezing day and night at glacier level a lot of snow has melted from glaciers across the Alps exposing the ice beneath to faster thawing.

Zermatt and Cervinia are due to host new downhill races for both men and women on the final weekend of October and the first weekend of November to start the speed races of the 22-23 World cup season and the resort is keen to stress these four races are still on ad that preparation work will continue during the shut down. They also stress that slopes will reopen as soon as conditions improve.

Summer ski areas that have closed early or not opened at all include all three French areas Les 2 Alpes, Tignes and Val d'Isere, the Molltal glacier in Austria and Passo Stelvio in Italy. The former summer ski area of the Marmolada glacier in Italy also saw a partial collapse.

Elsewhere in the northern hemisphere the Fonna glacier in Norway remains open with the world's deepest reported snowpack of around 5 metres, a second Scandinavian glacier area, Galdhopiggen is due to re-open to skiers this weekend. Saas Fee is also open but is limiting access to a small part of its summer glacier area and to pre-booked race teams, not the general public, only. Timberline on Mt hood in Oregon is the only centre open to the public in North America and expects to remain so to late August. In Japan the Gassan Glacier is open but will end its 2022 season on schedule this coming weekend.

This depressing photo was sent to me by Ed from Matterhorn Chalets . Taken on the glacier at Zermatt yesterday: 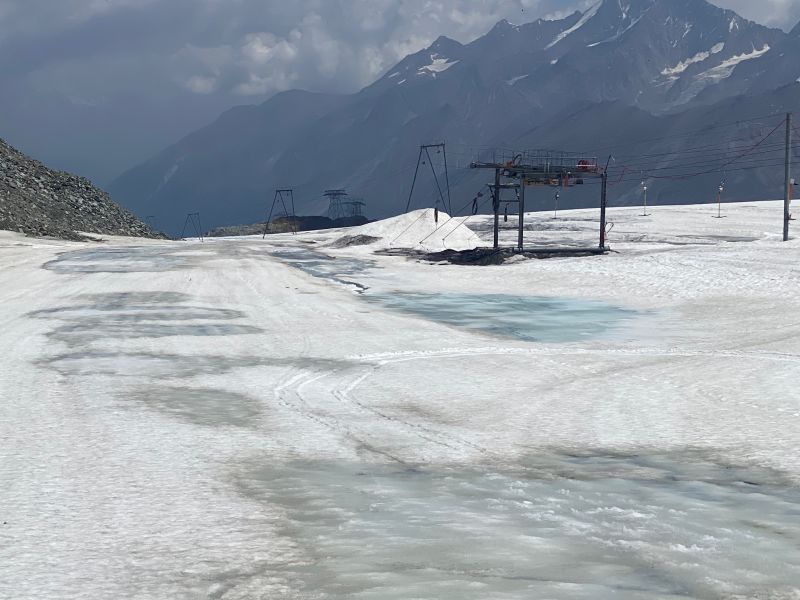 Depressing indeed. It was only a few years ago they were telling me they were 'immune' from this kind of incident due to the altitude of the glacier slopes. Would put a 'star' like to say thanks for the post but we probably need an unhappy face emoji for this kind of thing...