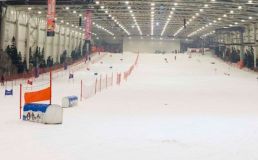 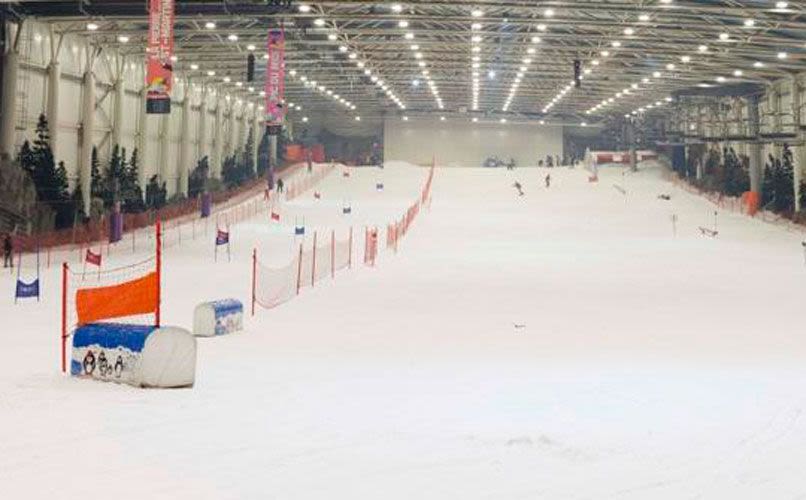 The larger of the world's indoor snow centres are reported to be seeing strong business from international ski and snowboard race teams as their traditional summer glacier training areas are forced to close due to the climate emergency.

Italy's Passo Stelvio, which has a season from late May to early November in a normal year, is the latest glacier training centre to be forced to shut down after a combination of low snowfall totals last winter and unprecedented hot temperatures in the Alps in spring and summer, with the freezing point often way higher than mountain tops day and night, melted snow cover on the ice.

It joins centres including Les 2 Alpes and Tignes in France and the Molltal glacier in Austria in closing early, as well as Val d'Isere and America's Beartooth Basin summer ski camp in not opening at all in 2022.
SkiRacing.com reports that the loss of glacier training space has led ever more teams to seek indoor snow training facilities, in an acceleration of a long term trend.

"Bart Mollin's family owns Snow Valley in Peer Belgium, one of the most popular training ski halls… (and says they) …began this season with many bookings, but since the glaciers started closing or limiting space, daily they receive ten or more training requests. Mollin reports they have almost no availability through to the end of October," SkiRacing.com's report notes.


There's now just four glaciers currently open in Europe for snowsports when the 1990s saw upto 40. Nowhere is currently open in France or Italy although you can access Zermatt's year-round centre from Cervinia on the Italian side of the border. The other year-round centre Hintertux also remains open but with rapidly thinning cover. Saas Fee is also open but with half its usual summer area and only allowing race teams access, as is Fonna in Norway.

There is snow forecast to fall in France over the next 2 days, in at least 50 Ski Resorts including Alpe d'Huez, Chamonix, La Plagne, Les Deux Alpes and Val d'Isère.