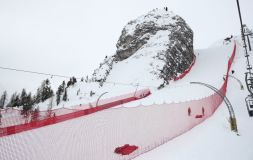 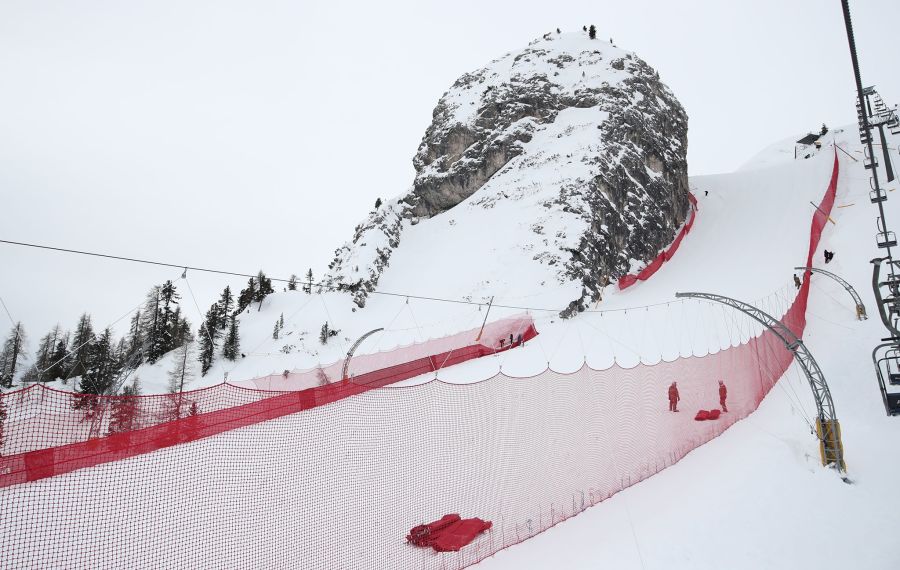 Some people thought they wouldn't happen - including, at one point, the organisers - but the 2021 Alpine Skiing World Championships get underway in 48 hours' time with the opening ceremony at 6pm local time on Sunday 7th February, in Cortina d'Ampezzo.

The World Championships, staged every two years, and are the second biggest event in ski racing after the winter Olympics. Cortina seemed to have pulled off quite a feat a few years ago when it managed to land the 2020 World Cup Finals - the annual culmination of the World Cup season, this year's championships and in 2026 the first Olympics in 20 years in Western Europe.

Then came COVID, the Finals were cancelled and last year the organisers asked the FIS for a postponement to these Championships, but were persuaded to carry on and stage the competition behind closed doors.

Nonetheless lots of people will be in Cortina for the events and a whole host of stats have been published:

They are among 3,500 people in total involved in staging the event, including volunteers, members of the Federations and 550 accredited media.

Although there'll be no fans in resort a global TV audience of 500 million people are expected to tune in with 140 cameras installed for the TV production of the event, 90 of which to work simultaneously.

With the start of Championship competitions on Monday, 450 people are currently working to prepare the five race tracks with the help of 20 snow groomers, 25 quads, 100 drills and 500 shovels. Over 21 km of A and B nets are used to secure the slopes as well as 2,000 poles and 130 protection mattresses.

Events will be shown on Eurosport and there's a free Championships App that can be downloaded.

Yes, the Championships have finally got away after a few days of bad weather. Eurosport UK has decided not to show any of it live on TV, although scheduled, they are showing (sticking with, a commentator's words, not mine)) tennis on both channels and saying if you want to watch buy a Eurosport app and watch there! Really not happy at all

flat country skier wrote:Yes, the Championships have finally got away after a few days of bad weather. Eurosport UK has decided not to show any of it live on TV, although scheduled, they are showing (sticking with, a commentator's words, not mine)) tennis on both channels and saying if you want to watch buy a Eurosport app and watch there! Really not happy at all

We are findinG Eurosport a bit of a nightmare these days. We had it on sky for years but the price kept creeping up for the package to £45 a month (£540) a year and we were only really paying to watch skiing so we eventually escaped Sky and went for the "watch it on the app" offer which we saw as low as £19.99 a year. But then we found both our nice Samsung Smart TVs (4 and 6 years old) had old version of Eurosport apps which apparently couldn't be updated so back to square one other than watching on iPad or some small screen. Then Amazon Prime said could get it through them at an £8 a month add-on so we've gone for that. The layout is a colossal mess and you can't record the broadcasts and they don't bother adding events to the library until 24 hours after they've happened. So we can't record today's races, which we can't watch live as we're working, and wont be able to see until tomorrow evening, by which time we know the result. Hmmm...
Edited 1 time. Last update at 11-Feb-2021

So you're saying live, or available any time and completely free? Hmmm, I don't know, sounds too radical really. I just can't see that catching on when we can pay Amazon/Sky/Eurosport to not put it on...

That said, am only seeing the men's race? though that's better than Amazon Prime/Eurosport when if to form they wont have men's or women's Super Gs up until tomorrow...
www  The Snow Hunter
Edited 1 time. Last update at 11-Feb-2021

Thanks!
Eventually Eurosport showed Men's SG today but I missed most of it as tennis was on and I had no idea when they decided to switch over to skiing

There was no live coverage of Ladies SG live.
Watched the highlights tonight.
Will give BBC iPlayer a go tomorrow!

At least 1 Ski Resorts in Italy is reported to be open.