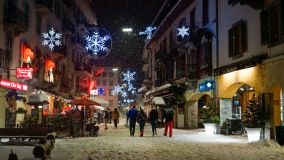 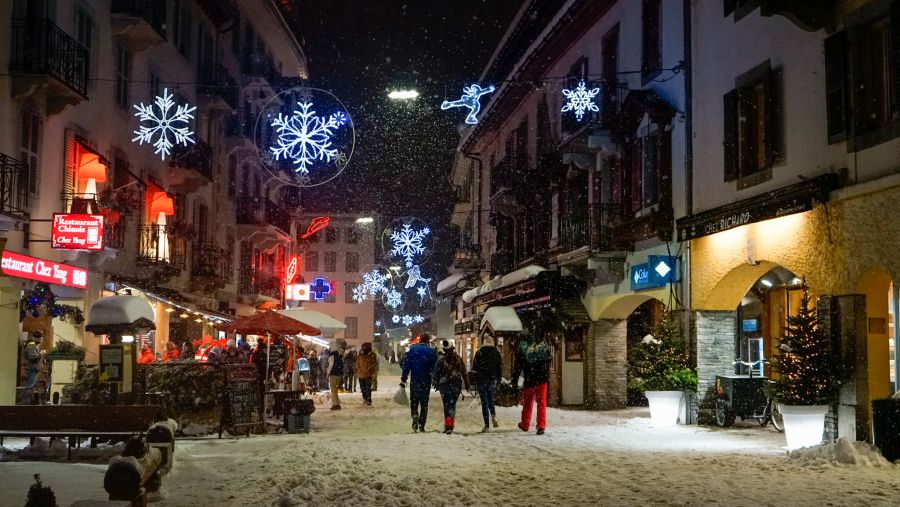 Reports from France this evening indicate that the government has confirmed what most people were suspecting - that ski resorts would not be able to start running their ski lifts at the start of February.

The French government has not given a specific new "we hope to open by this date" but have said it is "highly improbable" - given the current state of the pandemic - that ski areas will open in mid or even late February.

This mirrors recent announcements in Austria, Germany and Italy where the governments there have indicated it's unlikely they'll open for ski tourism before March.

February is a busy time in the French ski season with resorts normally full with families during school holiday weeks. Having closed ski lifts at Christmas and New Year as they were considered too busy, opening in February always did seem unlikely.

Currently ski areas in Andorra and Austria are open to local skiers only. Swiss areas are open too with less restrictions on where skiers are arriving from, although international travel is very limited. French ski resorts can open but ski lifts can't run, restaurants are closed and there's a curfew. Italian ski lifts are also shut down.

Not sure the Brits will be welcomed in Switzerland after the recent cancellation of their downhill but seems to be the only place open over the feb half term so I bet lots of selfesh 2nd home owners will be heading there.

Switzerland has banned the entry of tourists from the UK. If you are allowed in and are not on a very short list of people who are exempt you will have to go into quarantine for 10 days. https://www.sem.admin.ch/sem/en/home/sem/aktuell/einreiseverbot-uk-za.html this information is also mirrored on the gov.uk website https://www.gov.uk/foreign-travel-advice/switzerland

These measures will likely stay in place until the COVID-19 14-day incidence rate in the UK falls to 60 new infections per 100,000.

There are also restrictions on travel to France https://www.diplomatie.gouv.fr/en/coming-to-france/coronavirus-advice-for-foreign-nationals-in-france/ https://www.gov.uk/foreign-travel-advice/france

Just because J2SkiNews posts that ski resorts in a particular country are open or that the authorities in another are planning to open them on a certain date doesn't mean that you will be able to travel to them.

SwingBeep wrote:Just because J2SkiNews posts that ski resorts in a particular country are open or that the authorities in another are planning to open them on a certain date doesn't mean that you will be able to travel to them.


Of course, although it is worth emphasising!

We're not able to offer a travel-planning service for our readers at this time, however, as they come from over 150 countries around the world (the majority outside the UK at the moment) and we struggle to keep up with the ever-changing outbound restrictions of 1 country, let alone 150...

SwingBeep wrote:Just because J2SkiNews posts that ski resorts in a particular country are open or that the authorities in another are planning to open them on a certain date doesn't mean that you will be able to travel to them.

...or indeed, we have repeatedly learnt, that they will actually (1) stay open and/or (2) open on the hoped for date, whether you live locally and/or live in a country where you currently can and/or may at some future point before the snow melts, be able to travel to them either relatively easily and/or with lots of tests and quarantining en route. If the planes are still flying there or you have some other mode of travel.

We probably do need a lengthy disclaimer/small print on every one of these type of posts...
www  The Snow Hunter

Brits trying to sneek in to switzerland via France tested positive for coronavirus are we trying to upset all our favourite countries for skiing and if so we are doing a good job now we are outside the EU do you think they will let us back in March if the resorts re-open on this behaviour?
https://www.dailymail.co.uk/news/article-9175915/France-coronavirus-British-gap-year-students-quarantined-ski-resort.html

Just as well they only made it to Vallorcine! The Swiss Federal Council banned the entry of travellers from the UK at 1pm on Monday 21 December, if you were already in the Schengen area at that time you could continue your journey.

Therefore, with very few exceptions it is currently illegal for people traveling from the UK to enter Switzerland. Anyone caught doing so could be sentenced to up to a year in jail and anyone assisting someone to cross the border in pursuit of financial gain could get up to 5 years.