We think it's snowing in Verbier, Switzerland, this morning... but it's difficult to see!

The mountains are waiting for us, and it's snowing... but be patient, stay safe and follow your local advice and rules on travel.

The Snow Headlines - 14th January
- Storm deposits up to 50cm (20inches) of snow on Spanish ski slopes.
- First major snowstorm of 2021 hits the Alps - 50cm by Wednesday, still falling.
- French slopes set to stay closed into February, Italian areas may open next week.
- More huge snowfalls in Japan.
- Temps hit -30C in parts of Scandinavia - some centres close until it gets warmer.
- Iceland's ski slopes open for the season.
- Mount Baker passes 4m base depth with 2.5 metres (100in) of snowfall this year.

A major snowstorm is hitting the Alps as we complete this report. Up to 50cm (20 inches) of snow had been reported in Austria, France, Italy and Switzerland but it should be more by the time you're reading this.

Avalanche risk has reached Level 4 (of 5) due to the storm in many areas.

Although few people are able to make the most of it; Swiss ski centres remain open to all who can get there safely, and Austria is open for locals. France has its resorts open and ski tourers out but the lifts remain closed, and Italy too is closed although might just re-open next Monday.

The snow in the Alps is one of a series of snowy headlines from Europe this week; Spain saw the deepest snow in the capital Madrid for 50 years, and plenty to the mountains too. In Scandinavia, temperatures dropping to -30C (-20F) led some smaller ski areas to close whilst bigger resorts closed more exposed lifts for safety reasons.

In the wider world, there have been more huge snowfalls in Japan, which is having an increasingly epic season for snow after last winter's dismal one - although here too, of course, few people can reach it due to pandemic restrictions.

The resort with the world record for most snow in a season, Mt Baker in Washington state USA, did what it does again too with over a metre of snow so far this week and 2.5 metres of snowfall since Jan 1st.

Up to 2 metres of fresh expected for parts of Switzerland this week...

Europe
Austria
Rather a good week – on the whole – for snow conditions in Austria, with most resorts seeing sunshine and cold temperatures over the weekend with some decent snowfall in recent days too. There's a real mix in early-season snow depths with some famous areas in the Tirol posting depths less than 30cm in the valley, whereas in the south of the country in Carinthia several areas report more than 3 metres (10 feet) of snow now on upper slopes.

The date by which 'ski tourism' might resume keeps being set back, most recently to 24th January, although that depends on fairly low infection levels by then. Most areas are limiting the amount of terrain they've opened, and some aren't opening at all, as they say demand from the few people allowed to ski isn't enough to come close to covering their operating costs.

France
The snow began falling in the French Alps again on Tuesday afternoon and it has been the snowiest period for a few weeks there with some resorts reporting 30cm+ by Wednesday morning with the snow still building up.

Ski resorts remain open but the French government has kept the lifts closed as expected, promising another review on or by 20th January next week, but warning it currently looks likely we'll be into February before there's any chance of ski areas being allowed to open lifts.

If Italy does re-open their runs next week (although that looks unlikely at present) it would leave France as the only major Alpine ski nation country with its lifts still closed.

Italy
The latest opening date for Italian resorts was, at the time of compilation, still next Monday, 18th January.

Whilst there has been some government movement towards that date, the feeling seems to be that it seems unlikely resorts will actually be able to open then.

Italian ski areas are stressing their readiness to open safely and hope that they'll be allowed to do so before it's too late for the season. Sestriere's mayor made a particularly impassioned please in the last few days, noting they are running the lifts safely for local youngsters on the race team to allow for training, still permitted under the Italian lockdown.

Switzerland
Swiss ski centres reported some of the biggest accumulations from the midweek snowfall this week; some in the Jungfrau region reporting that as much as 55cm (nearly two feet) of snow had fallen by Wednesday morning, when it was still dumping.

The country continues to tackle the pandemic differently to its neighbours with ski areas staying open, even, so far, when there is a quite large outbreak as is currently the case in Wengen, where the Lauberhorn race has had to be cancelled this weekend but the resort has stayed open.

Of course, most skiers are locals so the slopes are wonderfully quiet at most resorts.

Scandinavia
Until the snow started falling in the Alps late on Tuesday, ski areas in Norway had been posting some of the best snowfalls of the past week, with Voss on the coast overtaking the totals from storm Filomena in the Pyrenees.

The other Scandi headline was for low temperatures, with several smaller Norwegian centres announcing temporary closures at the start of this week and resorts up in Finnish Lapland recording temperatures below -30C at times. In terms of the pandemic, most ski areas in the region have remained open so far.

Pyrenees and Spain
Ski areas remain open to locals in Andorra, Spain (some) and Portugal.

In the French Pyrenees, some resorts are open with beginner lessons and ski touring but as with the Alps to the north, ski lifts closed until at least February now.

The big news in the region was the arrival of Storm Filomena at the weekend which brought the most snowfall in five decades to some of Spain's cities and some decent snowfalls to most ski areas too (if not the most for 50 years in their case). 30cm+ was widely reported over the weekend with Masella saying it had 50cm (20 inches), so powder all round.

Scotland
Scottish ski areas remain closed due to the country's second lockdown and with parts of the Highlands, which had very low infection rates through 2020, now seeing some of Scotland's highest virus numbers, it seems likely that will continue to be the case for the foreseeable future.

Ironically, conditions on the slopes are some of the best they've been in January for years. Glencoe reported on Tuesday they now have a good base across the mountain so are currently in good shape for whenever they can open.

Eastern Europe
It's been snowing across much of Eastern Europe over the past week, although warm weather has brought rain at times to some lower slopes, whilst upper runs in Bulgaria have received up to a foot of new cover.

As with western Europe, there are mixed decisions on whether to open or not with centres in countries including Bulgaria, Croatia and Serbia open, but closed in the Czech and Slovak Republics as well as Slovenia at present.

North America
Canada
Conditions continue to look very good indeed in Western Canada with Whistler Blackcomb reporting all runs are now open at North America's biggest ski area and whilst there has been some rain at lower elevations, it's been dumping down once more on higher slopes and inland resorts.

Over in the east, ski areas in Ontario remain closed by provisional government order and it looked like Quebec's areas might go the same way with an increasingly strict lockdown there. So far though they've been reprieved and conditions are improving with cold-weather allowing for more snow-making.

USA
A mixed bag of snow reports from the US. On the one hand, there have been big snowfalls in the Pacific Northwest, with Mt Baker posting the continent's deepest base now at over 4.2 metres (14 feet), but it and other areas in Washington State were closed midweek as all that precipitation was falling as rain for a time.

More terrain has been opening at resorts in the Rockies but overall snowfall levels are well down on average with no big dumps as yet this season and talk of drought towards the south.

The virus is also increasingly impacting areas with Aspen especially hard hit and now on a high warning level. In the northeast, it is a still improving picture with not a lot of fresh snow but low temperatures now more consistent so snow-making systems have been fired up and are working well.

Thanks for reading; keep the faith and we'll have more next week...
The Admin Man

Hotels and Apartments in Verbier 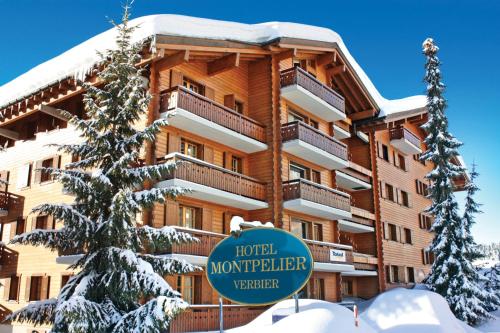 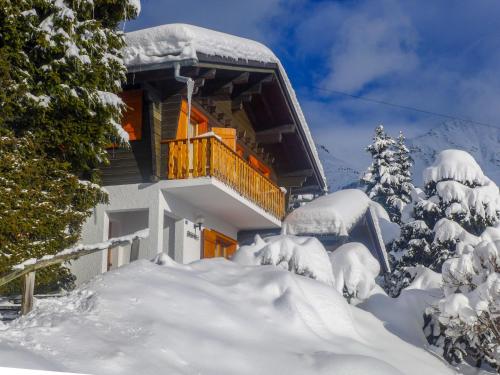 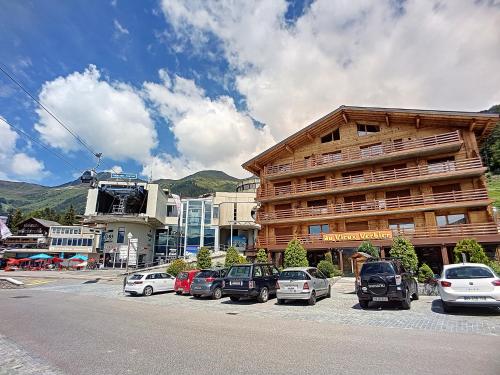 Snow is next forecast to fall in Switzerland over the next week, in at least 50 Ski Resorts including Andermatt, Davos, Engelberg, Klosters and Laax.