No Social-Distancing On At Least One French Ski Lift 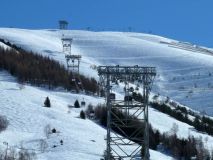 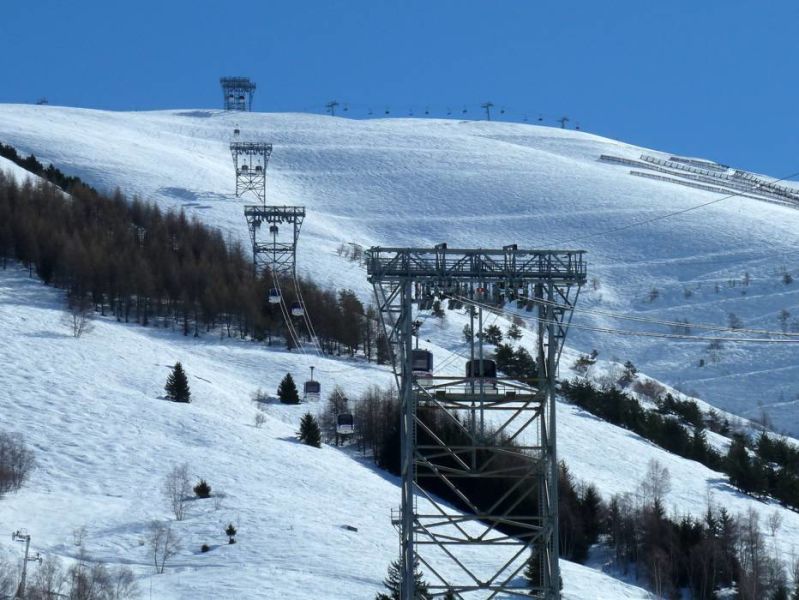 An interesting development at Les 2 Alpes, where summer skiing is currently underway and the resort reports business is brisk and glacier conditions good – in fact in both cases better than 2019.

The resort reports that is key Jandri Express lift up to the summer slopes, which has cabins that can each hold up to 20 people each, is no longer operating with any social-distancing required in cabins.

In other words, it appears, these can operate full as usual, the only requirement is that skiers, boarders and sightseers using the lift all wear face masks.

The development is interesting as it appears this could be the answer next winter, at peaks times at least, as to how ski areas will operate with social-distancing in place when some key lifts up to the ski areas develop queues when operating at capacity at normal times.

At Les 2 Alpes this can be an issue in summer too as so many people want to get up to the glacier, Europe's laregest summer ski area.

Most ski areas that have opened in countries other than New Zealand have social distancing in pace which usually means, unless skiers are already in a group, only two people at each end of a 4 or 6 seater chair and perhaps only 20 people, spaced out, standing in a cable car cabin designed to hold 80 or 100.

So far Les 2 Alpes seems to be the only ski are outside of New Zealand to have allowed a lift to run at its 'old-normal' capacity.

One industry commentator has speculated this may be allowed in France but perhaps not in other ski nations, as ski lifts in the country are officially treated as public transportation like a train or a bus.

However other French areas, mostly in summer operations mode with lower visitor numbers than Les 2 Alpes at present, say they are limiting the number of people in gondola and cable car cabins along 'new-normal' social distancing lines.

I'm not absolutely certain, but I think that passenger carrying ropeway installations in the EU are generally considered to be public transport installations (they are covered by EU regulation 2016/424) and are regulated as such, they certainly are in Switzerland.

The French government department responsible is the Service Technique des Remontées Mécaniques et des Transports Guidés (STRMTG), there is an English version of their website http://www.strmtg.developpement-durable.gouv.fr/en/

At Zermatt there is also no restriction on passenger capacity in the cabins. It is up to passengers to maintain a safe distance in the cabins, as is the case on other forms of public transport.

All interesting, many thanks. I'm getting the impression it's going to be increasingly the case that it will be up to skiers to 'self-regulate' on social distancing, rather than something formally/legally imposed by resorts or governments? The rules/fines seem to be more for mask-wearing than for (not) social-distancing, which is more 'guidance/ideal'. What do you think? Ironically in the US, where there's all the criticism for inadequate action by federal and some state governments, the resorts that re-opened in late spring seemed to be much more hands-on at enforcing social-distancing on lifts. My source re the French lifts public transport comment is a senior person at a Swiss lift co and his exact words are, "France is the only country in the world where ski lifts are considered as public transportation." Like you I thought it was pretty similar everywhere in Europe so assume he means some legal nuance? I'll try to get clarity...

In Switzerland the construction and operation of passenger carrying ropeways that carry more than 8 persons is regulated at national level by the Federal Office of Transport (FOT) https://www.bav.admin.ch/bav/en/home/modes-of-transport/cableways.html Some of the cable cars are part of the Swiss public transport network, they are marked in black on the network map https://lostinswitzerland.com/wp-content/uploads/2018/12/karte-netzkarte-schweiz.pdf
The construction and operation of the smaller lifts is regulated by the Cantons.

All the laws and regulations regarding construction and operation are listed on the national language versions of the FOT website. Basically, in order to build a new passenger carrying ropeway a ski resort must first obtain a concession from the authorities and after completion an operating licence. The lifts are subject to periodic inspection, if they pass the inspection the operating licence is renewed. Until 2017 a concession expired after 25 years for lifts built since then it's 40 years. When the concession expires the ski resort can apply for an extension, if they want to continue operating an existing lift it has to meet current standards, this is not usually too much of a problem in the case of cable cars, drag lifts and funiculars, but it is often not cost effective to modernise chair lifts and gondolas so they are usually replaced.

There might very well be a legal nuance, according to the Austrian Ministry for Transport, Innovation and Technology website it looks like lifts that are regulated at regional level aren't classified as public transport https://www.bmk.gv.at/en/topics/cableways/responsibilities.html.

I don't think any of the Covid-19 regulations can be effectively policed, the Swiss authorities didn't bother with a fine for not wearing a mask on public transport as they said that they didn't have the capacity to collect one. If you won't wear a mask you get told to get off at the next stop. So, as you say it's likely that self-regulation will be required, the problem with that is that many people don't maintain the required distance. 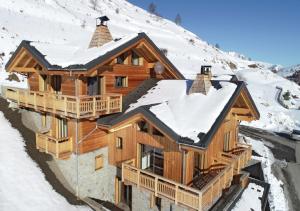 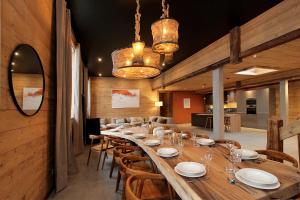 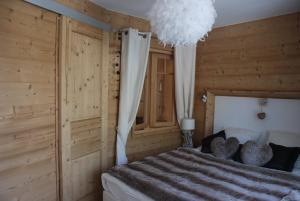