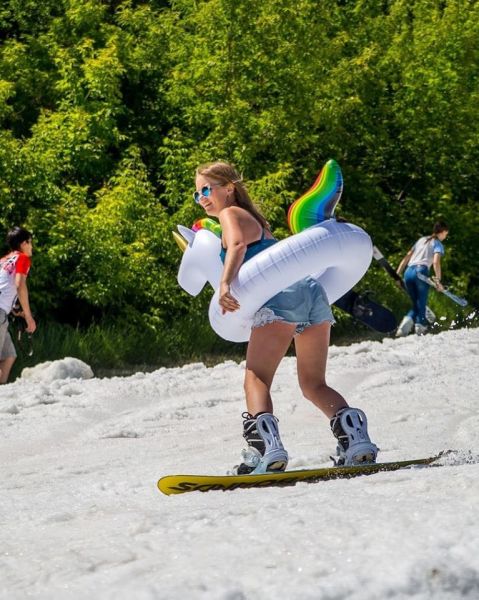 The Russian ski resort of Khvalynsk re-opened for snowsports on Saturday, 4th July.

The ski area, located close to the Volga river, used 1,000 square metres of snow it had stockpiled since mid-winter and then spread back out on the slopes to create a ski run.

According to local media reports "dozens" of skiers hit the slopes in 30C (86F) heat, describing the experience as "amazing."

A swimming pool was created at the base of the slopes for skiers and boarders to try to ride across.

Skiers and boarders had been encouraged to dress in, "…swimsuits, beach suits, carnival outfits to make the descent bright!" by the organisers, who charged 400 rubles (€5) for a lift pass.

The resort created a 300 metre long slope in July for quite a few years now, and it normally remains ski able for 2-3 days. However this year it is so hot there was little left by the second day. 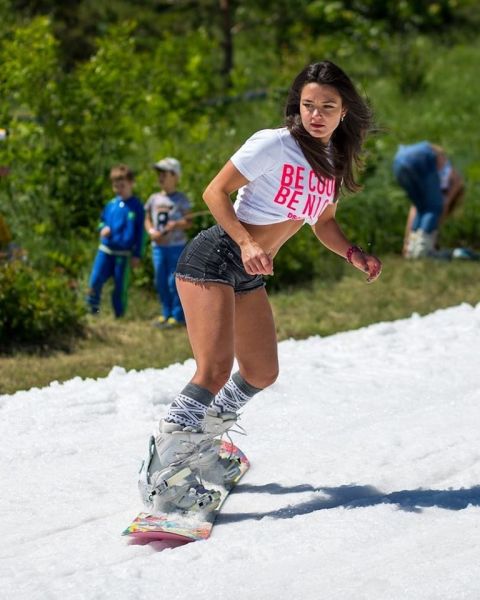