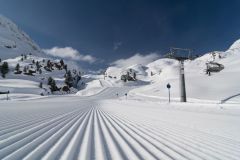 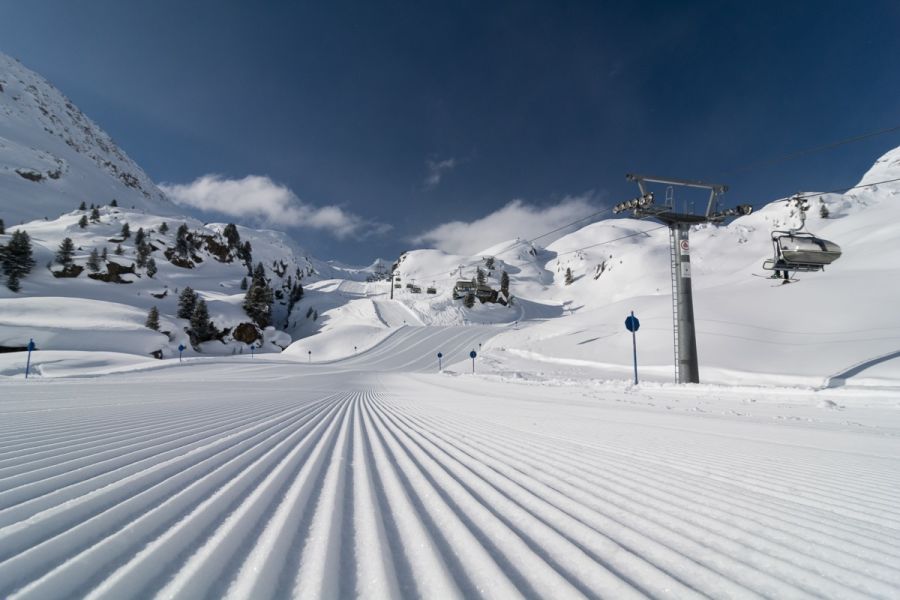 Five more glaciers will open in the Alps this weekend joining three in Austria and two in Norway that have already re-opened and take the numbers open in Europe back into double figures after hitting a low of two 10 days ago.

Glaciers are reporting excellent snow conditions with Les 2 Alpes noting snow depths 50cm more than last year and Val d'Isere describing conditions as "sensational" after numerous spring snow storms through the past few months without skiers. There's also snow forecast for some glaciers this weekend too.

All areas have social-distancing in place in public buildings and lifts and in lift queues. Face masks must be worn and hands sanitised along with many other pandemic spread prevention measures.

There are mixed attitudes to the number of people allowed on the slopes as limiting numbers at some re-opened areas in Norway and the US has caused tickets to sell out instantly on release. Zermatt have said they'll have no limit to the numbers allowed on their glacier beyond the standard safety maximum but Val d'Isere say they'll have an initial limit of 500 rising to 600 with tickets needing to be purchased at least 48 hours in advance online.

Val d'Isere will be the only area open in France to the general public until late-June however, and only part of its glacier (the rest reserved for professional team training, as are the slopes of Les 2 Alpes until the end of the month).

Lift ticket prices do not seem to have risen much at ski areas compared to a year ago. This contrasts to reports from some southern hemisphere ski areas where 25% prices rises have been reported as resorts struggle to find a viable operating model with fewer people allowed but more staff required for cleaning and safety measures.

Skiers visiting glaciers will initially be mostly from the local area but borders are re-opening rapidly across Europe (except the UK) and already have to most countries from Austria and Italy.

More glaciers are set to open in Europe over the coming months including the Stryn glacier in Norway next week, Cervinia in Italy and Tignes in France later this month and Saas Fee in July.

Some ski areas like Crans Montana are just re-opening for a few weeks whilst ski areas like Hintertux, Molltal, Saas Fee and Zermatt will stay open through to 2021 once re-opened, all being well.