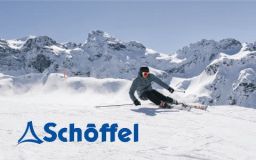 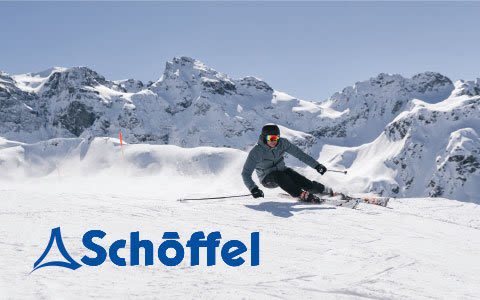 The German-based family-run ski clothing company Schöffel have announced a range of skiwear which incorporates heating to ski trousers and ski jackets will be on sale this autumn.

Heating in ski clothing is not entirely new but Schöffel say that their breakthrough is in far thinner heating elements than were previously possible, with the warmth delivered via one millimetre thin carbon nanotubes.

Available in premium products the heating membrane will be located in the thigh area of ski trousers and incorporated in the shoulder area of ski jackets.

The system delivers a constant temperature, the company says, and switches to stand-by automatically when the jacket isn't being worn.

Schöffel say that the new tech is not just designed to keep people warm but is targeted to deliver warmth to key muscle groups which they believe will help improve skier performance and keep people skiing better for longer during their day on the slopes. The theory is that warm muscles are more powerful and ensure stability at higher travel speeds, and are less injury-prone. The system also protects against cooling during lower body temperatures with periods of less intense activity.

"Intelligent clothing is an essential long-term trend in the outdoor and ski market. The garment has to support wearers in their activities and prevent injuries as far as possible. With Intellitex Heat, we have now developed an innovation that not only takes up this trend but also provides important impulses for further development in the market," said Dr. Henrik Vogel, head of innovation management at Schöffel Sportswear GmbH.

It might be me being a little cynical but is this really needed? The amount of times I have been on a slope drenched through working hard are too many to remember. Could this be like skiing with an electric blanket, even in January opening the vents on clothing has become the norm. And we have so many quality layers to wear do people really suffer from cold that badly? Only my thoughts of course.

Hope you are all well and staying safe.

I agree with Stevie999 ...I have heated gloves which I do need if it gets really cold but most of the time I dont need them even in January when I go ..I have a heated gillet which is great but I use that more in the UK when it is wet and windy than in depths of January in the snow...the clothing is so good these days if you wear the right things and dont stand around too much you dont get cold especially in Europe ...mind you in the NE USA it might be different

Ive got my layers sorted and trust it down to about -15. I have a couple of mid layers which i can rotate and if I'm bit chilly walking to the lifts, i've got the day right.

I carry a merino base in my pack but never needed to use it.
I think if i need that 4th layer, frost bite might be more worrying factor.

I cant see me using heated clothes..my layers do that anyway, imo.

Save on Ski Hire in Vogel

Where is there snow in Slovenia? 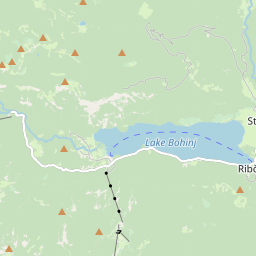