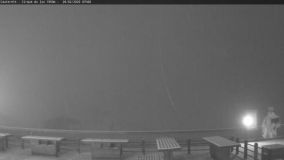 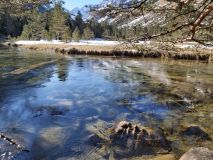 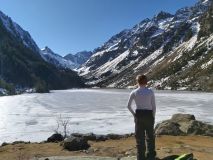 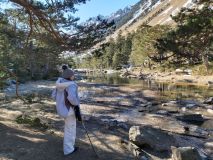 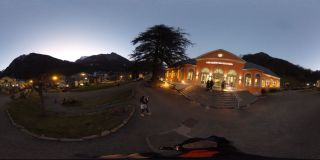 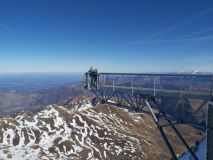 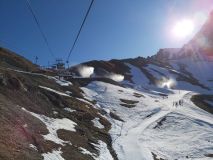 Wanted to see if it was possible to take the kids on a ski trip at half-term without breaking the bank, so picked the unfashionable French Pyrénées, rather than the Alps. We flew to Toulouse on Monday which was our first success as flights were super-cheap (£50 each when I booked back in August), with the added bonus that we weren't flying on Saturday ex-LGW, when most flights were cancelled.

CAUTERETS
Arrived in Cauterets late on Sunday in an uninspiring, but cheap and functional apartment, 10 mins' walk from the gondola. Skis from Intersport (booked using a discount code to knock another 5% off). Admittedly, it felt like it would have been useful to arrive on Saturday/Sunday if you wanted to get the best choice of equipment. Adults skis/boots were okay, but the kids' gear was hardly 'gold' standard, but then neither is their skiing. 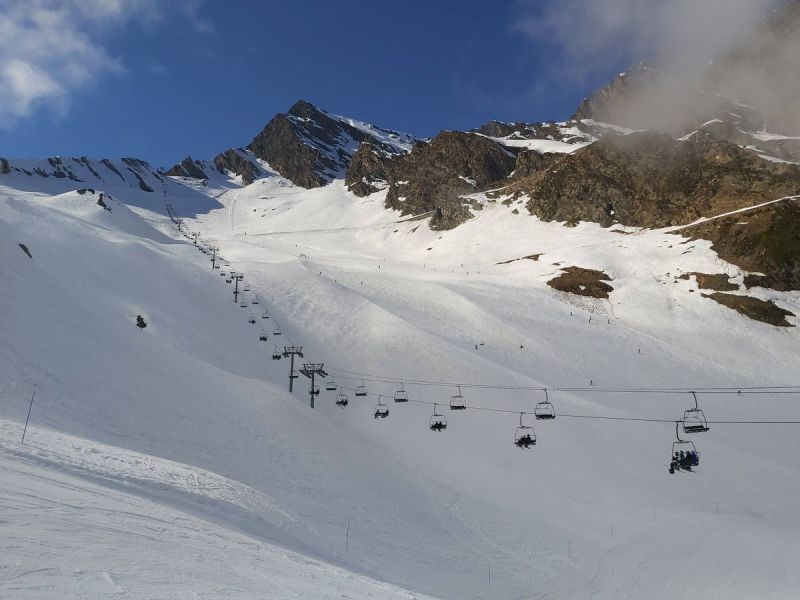 And to the skiing, Cauterets has snow (no helicopters required here), but evidently could do with more. Most slopes are open with stones/patches on only a couple of the steeper ones. However, even by lunchtime the snow lower down was grainy and churny. That said, there was enough in this small ski area to keep a family of four happy for a day.

The clouds came in and out during the day, but all you had to do was move across the mountain away from it to enjoy sunshine. When it came to lunch we waited until 1.30pm and by then there were no queues at the restaurant base and plenty of tables free. 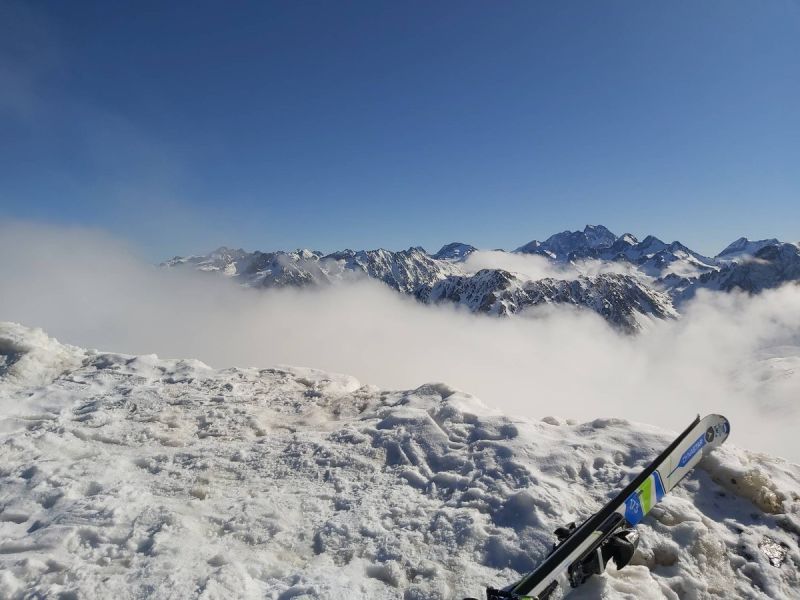 We finished off the day with a trip to the thermal spa 'Bains du Rocher', which I highly recommend. It was also fairly busy there and my tips for avoiding crowds from day 1 are: 1) Leave the ski area before ski school finishes, to avoid a queue on the gondola down 2) Have lunch late/early (see above) 3) Visit the spa early (before 5.30pm) 4) Order your pizza early (we elected not to wait 75 minutes!) 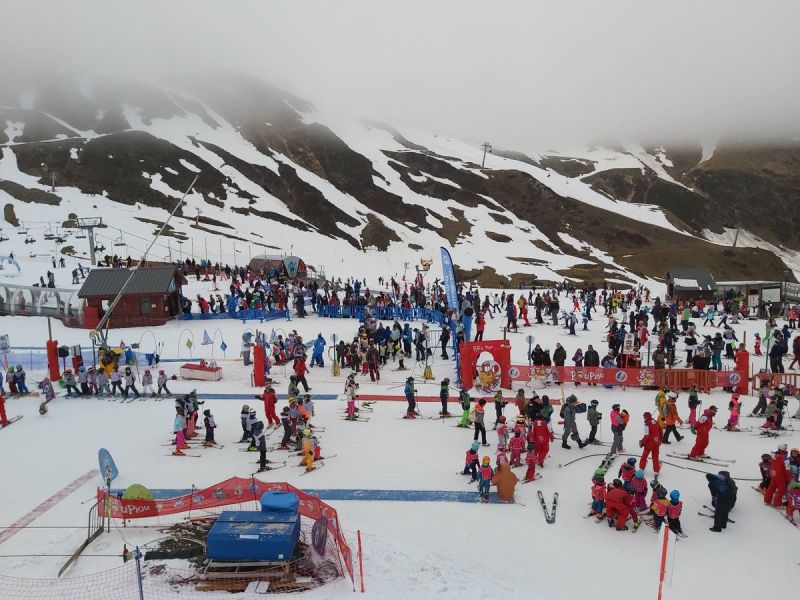 Thanks for the update. Ive been wondering when the pyrenees are going to get some snow.... webcams look poor. Needs a huge storm to blow through and cold temps for it to stay.

GRAND TOURMALET
They've been unlucky to miss the snow from Ciara and Dennis for sure. More snow is essential if they are to last the season, but at least it was colder today. In fact when we arrived in Bareges this morning, the snow cannons were firing. It didn't look pretty though and I feared for our day. 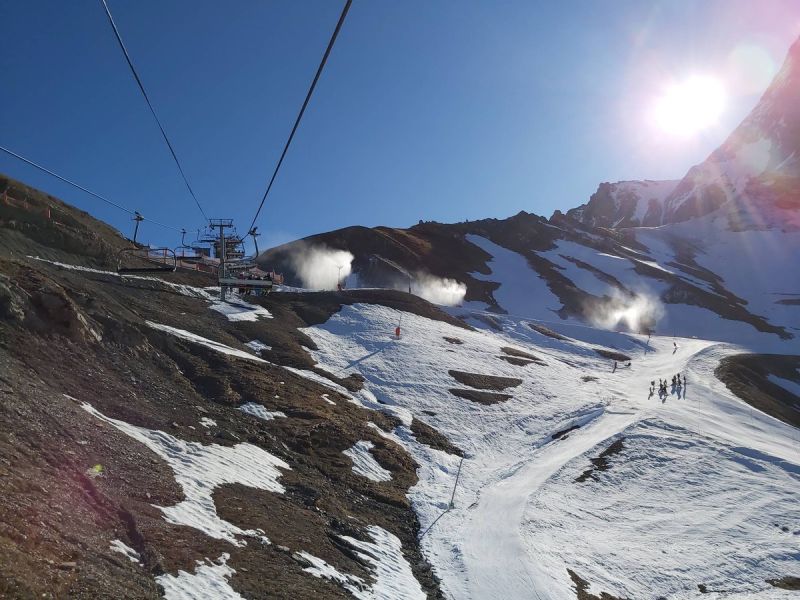 The first pistes were a mix of hard pack and grainy man-made snow. However, as the day warmed and we moved away from the blues I was very surprised as we discovered some really good snow. Firstly on the black 'Coume l'Ayse' (from 2360m), then on the north-facing side of Grand Tourmalet in the Pourteilh/4 Termes sector. The snow here was great, nice and grippy all the way down. The only negative was queuing for the antiquated 2-man chair, but that only took five minutes.

After lunch we took a break from skiing and took the cable car up to the Pic du Midi. I've been there before and wanted to show the family the amazing views and also try out the Ponton dans le Ciel, which wasn't open when I was there last. 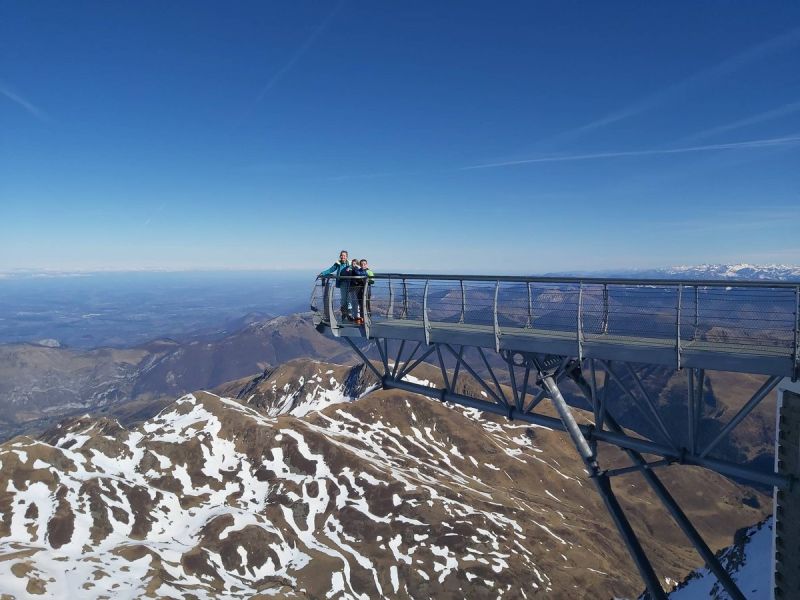 Excellent write-up, Iainm. Thanks. Whets my appetite somewhat, as it's a lovely part of France, but obviously one needs to check the conditions immediately prior to going.

Love reading your reports as don't know anything about that part of France. Thank you!

LES BAINS DU ROCHER
One of the great benefits of any visit to the French Pyrénées is that the area is full of thermal spas. In Cauterets, we've been along twice to Les Bains du Rocher, a marvellous complex that is a great way to ease the body after a day on the slopes.

There a mix of indoor and outdoor pools, with jets and bubbles and, although busy, enough features to find your own spot. Upstairs there's a hammann and sauna. The kids were a bit bored, but us adults loved it.

It's not the sort of place you can take photos inside (!), but the exterior is worth sharing a photo of: 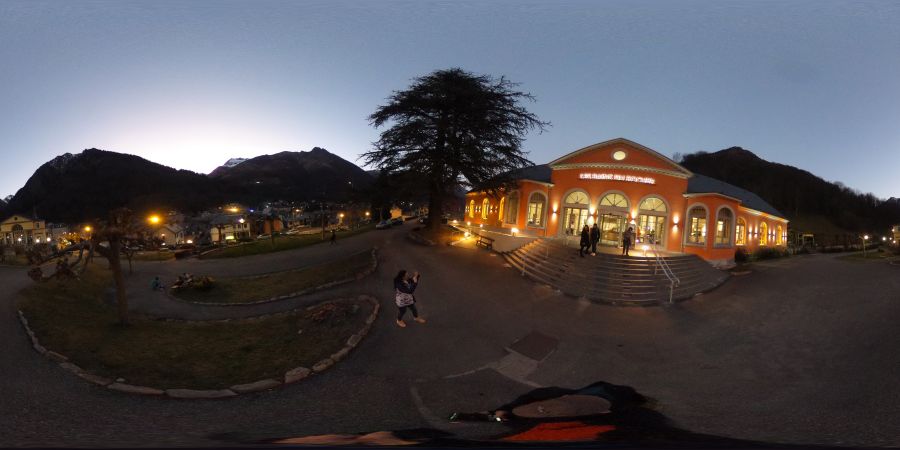 PONT D'ESPAGNE NATIONAL PARK
Yesterday was our last day and with the snow as it was and needing to leave at lunchtime we decided to go for a walk in the Pont d'Espagne national park, about 10 mins' drive from Cauterets. To make it more interesting, we went with a local guide and that was well worth it as he took us through the forest and by beautiful streams, instead of along the main path. 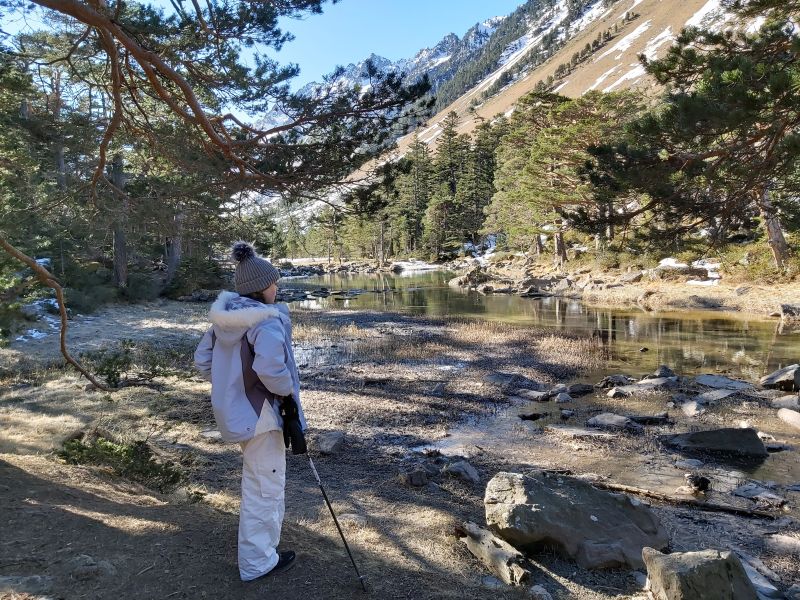 Ideally we would have tried out snow-shoes, but there wasn't enough snow for this. Not that it diminished our walk, we spent about 75 mins walking up to Lac de Gaube - fully frozen over, although with the warm weather, not thick enough to walk on just now (much to the frustration of my son!) 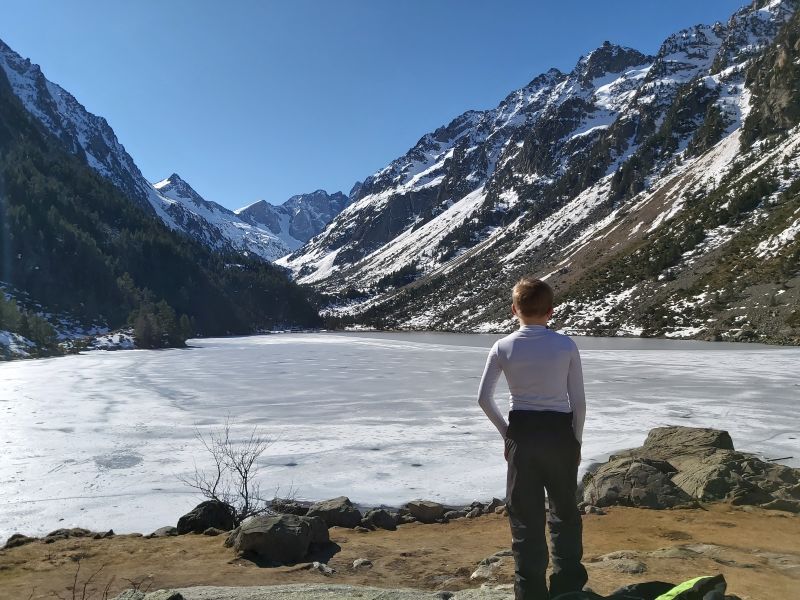 It's simply stunning in the park, with mossy bark lit by early morning sunlight coming through the trees. The water in the streams was incredibly clear. I appreciate that not everyone will want to give up skiing time, but we are lucky enough to have another trip in April, so it was great to have a chance to show the kids that the mountains are more than just lifts and pistes. 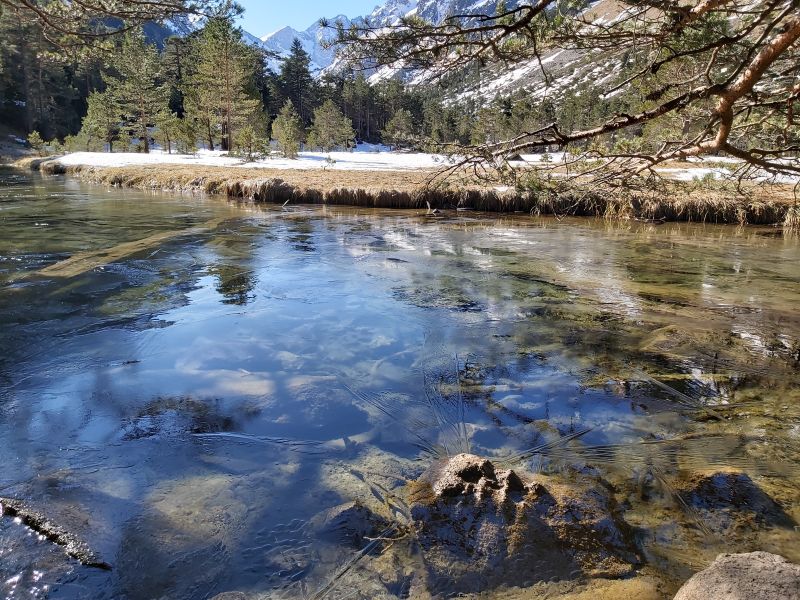 Too late for us, but I see it's snowing again now in Cauterets... 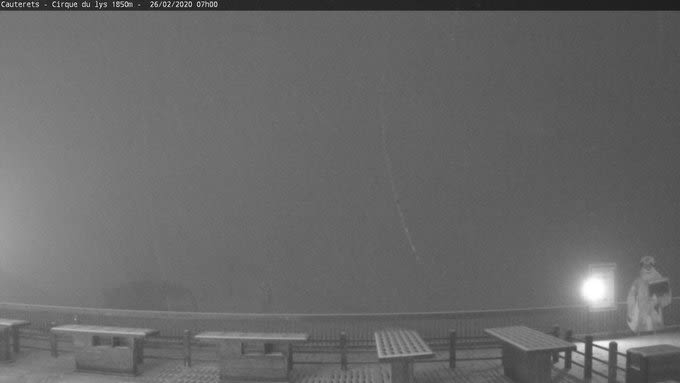 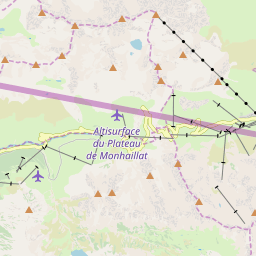