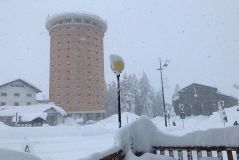 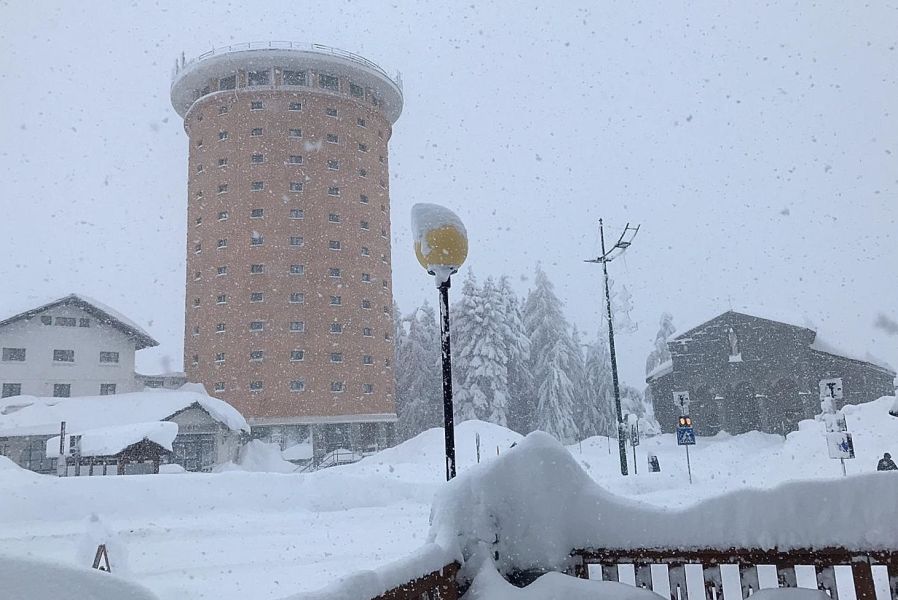 Another very heavy snowstorm in the Alps over the weekend brought more big accumulations to the region ahead of the start of the main season now just a few weeks away.

The snowfall was most intense in most areas on Saturday and was accompanied by very strong winds which led to the temporary closure of some areas whilst the worst of the weather passed.

The focus of the snowstorms appears to have been the southern French and Italian Alps not far from the Mediterranean where the small Italian ski area of Limone reported nearly 1.5 metres (five feet) of fresh snow in 48 hours.

Other ski areas in the region, including Sestriere (pictured above) and Isola 2000 over the border in France, reported 60cm or more.

Of the big name resorts Tignes reported 50cm of fresh snow in 24 hours on Saturday and newly opened Montgenevre 30cm.

Cervinia, which has already had more than three metres of snowfall this month, reported another 70cm of snow from the storm. It is posing a 3.2 metre base now, the deepest in the world at present.

Big name resorts opening for the season at the weekend included Alpe d'Huez, Chamonix and Val Thorens as well as Spain Baqueira Beret and Sierra Nevada and ski areas in Andorra.

The current forecast is for a few clear sunny days now before the next heavy snowfall begins on Wednesday.

Snow is next forecast to fall in France over the next week, in at least 22 Ski Resorts including Cambre d'Aze, Font Romeu, Les Angles, St Pierre dels Forcats and Val Louron.