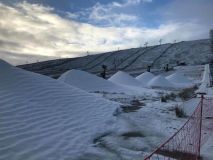 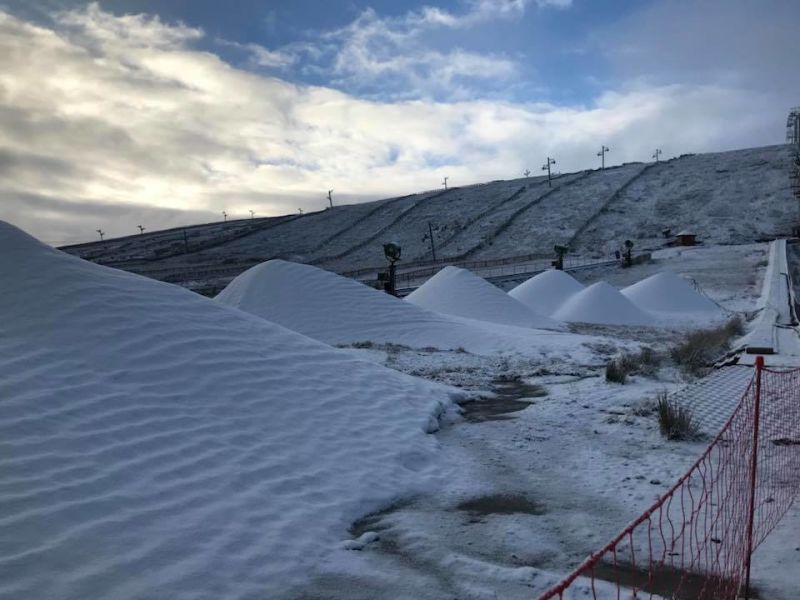 Glencoe and The Lecht ski areas (pictured above) in Scotland have announced they will open on Saturday with some natural snowfall but also thanks to their new all-weather snowmaking machines.

It's believed to be the first time that Scottish ski areas have been able to announce a fixed opening date, which is normally dictated by weather conditions day-to-day and the build-up of natural snow cover.

"With guaranteed snow this year courtesy of our TechnoAlpin Snow Factories, both Glencoe Mountain and The Lecht are aiming to open this Saturday, 1st December," said the Chairman of the Ski-Scotland marketing group, Andy Meldrum, who continued, "This is the first time ever that Scotland has been able to offer a definite season start date and there are currently huge mounds of real snow ready for spreading on the pistes and uptracks at both ski areas, as can be seen on our Facebook pages. There has also been some natural snow to pretty up the surrounding mountainsides."


A third area, Cairngorm Mountain, is also believed to have taken delivery of two more SnowFactory machines which should be up and running early in December, according to the area's owners, Highlands and Islands Enterprise.

SkI-Scotland are hoping that the arrival of snow and guaranteed opening of the areas will focus skiers minds on purchasing the limited-availability Ski-Scotland All-Areas Season Tickets, a season pass valid at all five Scottish Highland ski areas. The ticket also gives free slope time then discounts at Snow Factor, Scotland's indoor real snow centre at Braehead, and free access to all of Iceland's ski areas.

There are reported to be still a few available to buy, although stocks are dwindling.

'There are reported to be still a few available to buy, although stocks are dwindling.'

HaHaHa.... Good one!
"Better to remain reticent and have people think one is an idiot, than to open ones mouth and remove all doubt"

£550 for Scottish/Icelandic all areas season pass!!! They have got to be kidding, I only pay the equivalent of 100 quid more for a regional season pass that gives me access to 22 ski resorts plus 5 days skiing at Zermatt/Cervinia.

Have Cairngorm got their train set working again yet?

SwingBeep wrote:Have Cairngorm got their train set working again yet?

...er no. The announcement on what is happening there has been delayed by winter weather on the line.
www  The Snow Hunter