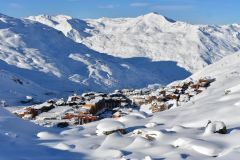 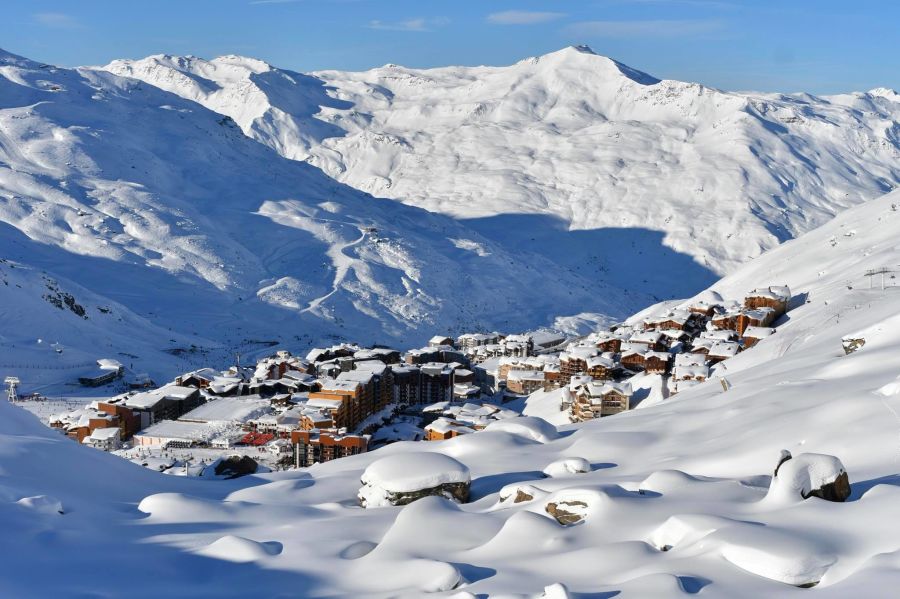 The start of winter 2017-18 has continued to be the snowiest this century so far in the Alps with two more big snowfalls since Christmas Day.

Today is seeing something of a lull in the snowy deluge with sunny skies (as at Val Thorens pictured above) and almost every run that can be safely opened open with powder skiing on ski slopes almost across the continent.

And forecasts are now fairly consistently pointing to the first days of 2018 being snowy too. Resorts in France and Switzerland look likely to see 50-70cm of new snow over the next three days with the snow continuing further in to the week ahead in Austria too.

Snowfall totals since Christmas Day have already been more than a metre on higher slopes at many areas with Alpe d'Huez reporting 175cm (two inches off six feet) since 26th December, the biggest total.

Engelberg has the deepest base in Europe at 4.3m.

There have also been healthy snowfalls in the Dolomites – which is enjoying definitely the best start to its winter for at least four winters, as well as the Pyrenees and Scandinavia and further afield in both East and West North America as well as Japan.

Just a shame that the freezing level went so high. Does not seem to of done much damage to the pistes and should of been great for base building above 2000m but has trashed the off piste.

What we need now is a a good top up with low wind up high. Then will really be setup to be a great season.

At least 12 Ski Areas in France are reported to be open.