A week in the Glemmtal

Just back from an excellent week in the Saalbach-Hinterglemm area and as this is a big and very well-known resort I'm not going to do the usual trip report but restrict myself to a few random ramblings and opinions. We stayed in the quiet hamlet of Vorderglemm from March 5-12, travelling independently. It all worked out very well indeed!

Logistics. Flew BA from Heathrow to Salzburg's Wolfgang Amadeus Mozart Airport - small but reasonable facilities which we used as we had a little while to kill before our transfer departed. Luggage came through quickly on the carousel but the ski bags took quite a time to appear. It was a quiet Sunday afternoon and was told Saturdays can be very busy with the arrivals area suffering from overcrowding. The Holiday Shuttle booked online proved to be a very efficient and on-time service both ways with an eight-seat taxi doing the legwork. Door-to-door from airport to hotel and return was 84 Euros each.

Accommodation. We stayed at the Hotel Tiroler Buam in Vorderglemm, booked through booking.com. It was superb in every respect. Friendly, efficient staff, comfortable room, lovely breakfast choices and a superb bar/restaurant with a lovely menu prepared by the owner, a renowned master chef. The hotel was excellent value for money and about half the price of some of the big hotels in Saalbach or Hinterglemm. Location was magnificent - just across the road from the sparkling new Schonleitenbahn gondola and virtually ski to the hotel car park. The only drawback was the 'naked only' rule for the sauna - probably appeals more to the Germanic or Scandi people than to the Anglo-Saxons!!!

Skiing. The Saalbach ski circus is vast and quite rightly praised as a cruising paradise for intermediates. But it was busy and some of the piste grading is on the tough side. Two instructors - Frank and Fred - from the Heugenhauser ski school in Vorderglemm each described a number of blues as 'dark' and un-nerving for skiers progressing from the nursery slopes. The classic example of this is run 2a from the Schattberg Ost down to Vorderglemm itself - wide open and pleasant at the top, narrow and bumpy on the lower third (and made all the more difficult by the marginal snow lower down last week). In contrast, Bernkogl is an easy cruise and the runs between Leogang and the Wildenkarkogel are confidence boosters. I enjoyed the Montelino Trail - a mini-skicross course under the Grosser Asitz, with waves and tight corners, that you can take at flat-out speed. This is a place to get the miles under your skis and doing the whole ski circus is an enjoyable, if occasionally hectic, challenge. Some serious money has been spent on the lift infrastructure - barely a t-bar anywhere and predominantly modern, six and eight-seat heated chairlifts (a huge improvement on when I was last here about 15-16 years ago!) Oh, and far more skiers than boarders, almost universal helmet wearing and barely a woolly hat in sight!

Weather/snow. It has been a strange old season and last week we experienced spring, summer, autumn and winter in seven days. We arrived to light snow, had blistering sunshine and extremely mild temperatures, a day of miserable, pouring rain in the valley, a day of heavy snow and strong winds which shut the upper lifts for the morning and then warm sunshine the following day. The rain and high temperatures was taking its toll on the snow and some of the lower slopes were pretty ugly by the afternoon. In a rare burst of common sense, we descended by lift from the mid-stations on a couple of occasions. By contrast, the pistes above 1,400 metres were generally superb (although off-piste was marginal or non-existant!) The hill immediately behind our hotel had a decent covering of snow when we arrived. It had disappeared by departure day and the hills were turning brown.

Ski school. Mrs LOTA had some private lessons with the Heugenhauser ski school. They were excellent and she made great progress. Impressed with the school's flexibility and willingness to change lesson times, location etc when the upper lifts were closed.

On mountain-dining. Saalbach is renowned for the number and quality of its lunchtime stops. Didn't make it to the legendary Chicken Man but enjoyed superb Tiroler Grostl in the Alte Schmeide and pleasant, good value lunches in the Barnalm at Bernkogl and the Kohlmais Stub'n as the snow poured down outside. However, our favourite was the little bar of the Hochwartalm. Excellent Apfel Strudel, washed down with Radler, and very welcoming service.

Evening time. The bar at the Tiroler Buam was so inviting that we didn't stray too far, although we enjoyed a few drinks at the Bauers Schialm, Eva Village and the swanky Interstar Hotel in Vorderglemm. The Hochwart Tenne was another favourite, good atmosphere, friendly service and decent grub. Enjoyed one of the legendary pizzas and beer in the Wallner one evening (good food, ordinary service) and really enjoyed the madness of the Berger Sporthotel with the extraordinary Bobby doing Elvis, Tom Jones and a whole lot more in a marathon entertainment session. Great fun!

That's probably enough - happy to answer any questions any J2-ers might have!

Dobby
reply to 'A week in the Glemmtal' posted Mar-2017

Excellent TR, LOTA. You've convinced me that this area is worth visiting. Nice to know about cheaper places to stay in Vorderglemm. 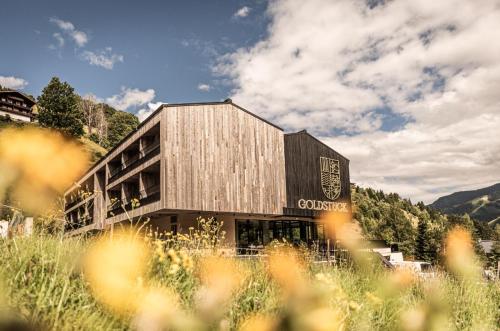 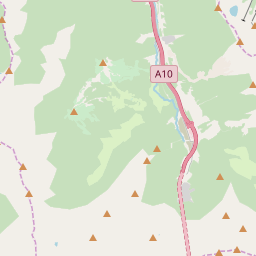