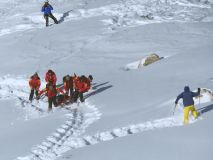 We doubt that these will be the last this week; the off-piste is treacherous and unstable in many places. Sadly, just these incidents confirm that a) having a transceiver won't always save you and b) NOT having a transceiver really does load the odds against you for what could be your very last roll of the dice.

Three serious avalanches buried separate groups of skiers, two in Val d'Isere and one near Saint-Colomban-des-Villards, and resulted in the deaths of 2 and serious injury to 2 others.

This morning a group of 3 skiers, reported to be season workers, triggered a slab avalanche near the top of the Bellevard. According to pistehors (who tend to know such things), the slope they were traversing is known to be avalanche prone and ends in a terrain trap. Avalanche risk was Level 4 (that's Level 4 out of 5 - High). Two of the 3 were caught and buried. They were wearing transceivers and the first was recovered quickly, with the 2nd found beneath 1.5 metres of snow after 5 minutes in a state of cardiac arrest. He was resuscitated but remains in serious condition. In the second Val d'Isere avalanche a group of Spanish skiers triggered an avalanche in the closed Santons run. The piste was closed, due to the avalanche risk, and anyone familiar with it will know it runs through several gullies - natural terrain traps - where the slide occurred. This group did not have transceivers and a search had to await the arrival of pisteurs and avalanche dogs. One skier was buried under one and a half metres and was pronounced dead at the scene after lengthy efforts to resuscitate.

The third avalanche was "huge", apparently and killed a Czech skier who had both an airbag and a transceiver.

I expect we'll be doing this again this week, but :-

- Know the Avalanche Risk Scale and understand that Level 3 is Considerable (that's considerably dangerous for us punters). Levels 4 and 5 mean avalanches are likely, not just possible.

- Know the local Risk Level where you're going.
- Remember the absolute best way of surviving an avalanche (and the only one that always works); is not to get caught in one in the first place.
- DON'T duck the ropes, take a punt, throw caution to the wind or be Billy Big Balls this week. Pistes that are closed, are closed for a reason.
- DON'T leave the pistes without "the holy trinity" and the knowledge to use it.

There's going to be loads of Pow on the pistes this week and next; have fun, but play safe.
The Admin Man

Peer pressure plays a huge factor. Everyone wants to stick with their buddies, which in the absence of someone in your group with big enough balls to say that they'd prefer not to take an unnecessary risk, can lead to tragedy.

When you speak up, often you'll find many others share the same concern and might later thank you for having the balls to say something that everyone was thinking at the time.

steverandomno wrote:When you speak up, often you'll find many others share the same concern and might later thank you for having the balls to say something that everyone was thinking at the time.

If in doubt, back out! And if you're with a group, speak out!
The Admin Man

All good points. I recall an excellent documentary from a few years back in which a load of extremely experienced skiers got caught in an avi in North America. IIRC some of the survivors talked about the pack mentality and how they should have spoken out before starting out.

Absolutely tragic and so senseless too. Santons is ALWAYS going to attract this kind of thing (depite being a blue - ahem)hence why it was close no doubt

My heart goes out to the families involved

PLEASE remember that NOTHING, not no fresh powder not nothing is worth this. Get on the gondola and go to the pub, not the closed piste and the mortuary
Do not put piste map reading in the hands of the bloke who can't tell the difference between a drag lift and a Black run!

Basically anything above 2000m was delivered with a huge wind making a very cohesive and pretty thick layer. Until that has bonded to the layer below risk will remain very high. Right now just needs time and some temperature cycles.
Really I don't expect good offpiste conditions until the weekend. Unfortunately the low altitude, low angle slopes which are safe to ski, simply don't have a deep enough base to be fun. Looking at forecast these should be in good condition within the next few days, so people just need to be patient.

Stay off the Booze and on the Piste!!!!

Luxury Hotels and Apartments in Laces 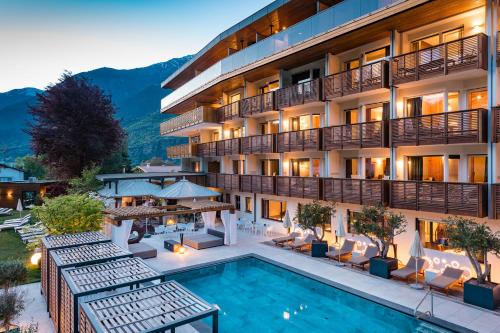 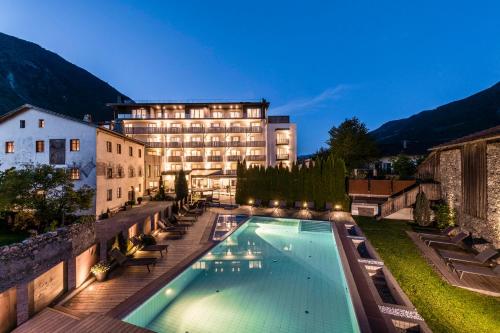 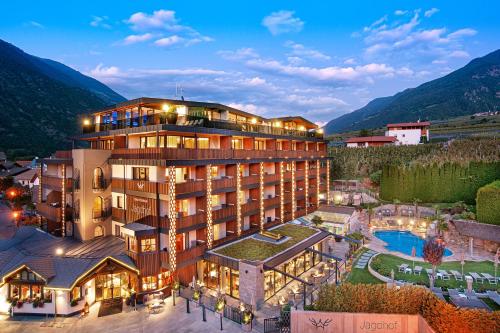 Save on Ski Hire in Laces

Snow is next forecast to fall in Italy over the next week, in at least 30 Ski Resorts including Bolognola, Gambarie d'Aspromonte, Lorica, Monte Sirino and Sterzing - Vipiteno.

At least 1 Italian Ski Resorts is reported to be open. 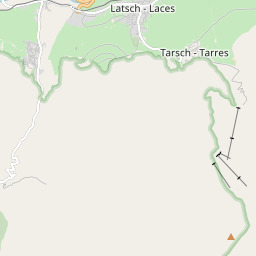