Started by Admin in Australia and New Zealand 01-Jun-2011

Despite unseasonal weather in New Zealand, where May looks like being one of their warmest on record, New Zealand's ski resorts are on target for their scheduled openings in late June / early July.

This from the Timaru Herald ...

...the snowmakers at Ohau had been producing snow over the weekend.

"Once June hits we will be making snow.

"I think we're all in order for that." He said the field would probably open on June 25.

Fox Peak vice-president Tim O'Connor said there was no date set for an opening, only that the field would open when it received snow.

"We have been experiencing variable weather conditions and while warmer temperatures since then have meant that snowguns have not been operating, the snow-making system and our snowmakers are ready to swing into action, day or night, when conditions permit.

"At this stage, with 11 days to go until our scheduled opening, we are still on track."

Hotels and Apartments in and around Ohau Snow Fields 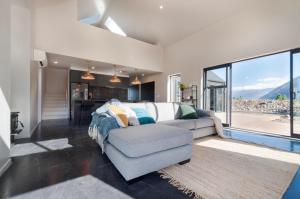 Save on Ski Hire in Ohau Snow Fields