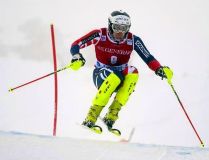 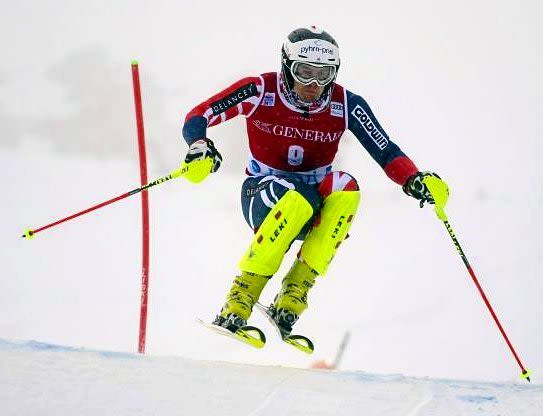 One of the most-anticipated events for Brits of the Olympic alpine program takes place tomorrow morning when the men's slalom will be contested at Yongpyong Alpine Centre.

Dave Ryding leads the charge for Team GB in the event and will joined by young gun, Laurie Taylor.

Ryding is at his third Games and is primed for his best-ever slalom result after finishing 27th in Vancouver and 17th four years ago. Prior to Sochi, Ryding had finished no better than 26th in a World Cup event before earning an Olympic top 20.

This time around, the 31-year-old enters the Games on the back of 11 top ten results in the past two seasons highlighted by his podium at Kitzbühel in January 2017.

Following in the footsteps of Ryding will be Laurie Taylor who turned 22 on day one of the Games.

Taylor had just one World Cup event under his belt (55th, Slovenia March 2017) before he made his mark at last year's World Championships where he finished 33rd.

This season he has won three FIS races in Austria and Norway as well as having two top 10 finishes last month at the Far East Cup in Korea.

Emily Sarsfield's long road to the Olympic Winter Games will be complete tomorrow morning when she sends down her seeding run in the ladies' ski cross.

Sarsfield suffered a knee injury which ruled her out of Vancouver in 2010 and four years ago she narrowly missed out on selection for Sochi.

This time around Sarsfield earned he place on the team courtesy of a world ranking strong enough to book her ticket to Korea.

The 34-year-old has 22 World Cup top 20 results to her credit with her best finish coming in 2008 when she was 11th in Valmalenco.

Tomorrow's seeding run will determine the rankings ahead of Friday's elimination rounds. Sarsfield will be 23rd out of 24 skiers to set her qualification time.

Save on Ski Hire in Yongpyeong