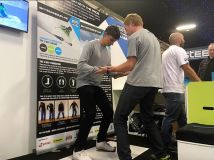 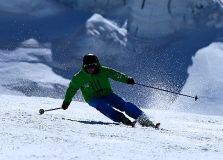 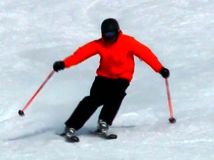 Lateral control is easily translated as how skiers manage their width of stance from the feet up to their hips and maintain a consistently symmetrical position, primarily controlling where the knees move inwards and outwards between the hip and foot. Many skiers don't think of this axis of movement as one that actually exists.

In your minds eye your knee is a simple hinged joint that only moves through a forward/backwards plane of movement and won't move laterally inwards. However, if you were to stand in a ski position, 20cm to 30cm apart, you'll quickly see that your knee can move inwards and to quite a degree, certainly enough to affect your skiing technique.

Controlling this range isn't an easy thing to just switch on. Specific muscle groups including the Adductors and Gluteus Medius need to be activated whilst skiing to maintain symmetry, not allowing the legs to fall into the all too common A-Frame. This is where the knees collapse in, feet split wider apart or both together. A loss of symmetry can result in a much higher risk of knee injury due to being asymmetric. Your skis will also be riding at slightly different angles so following a different trajectory, making your turns feel like a fight rather than flow, especially in the more challenging off piste conditions. 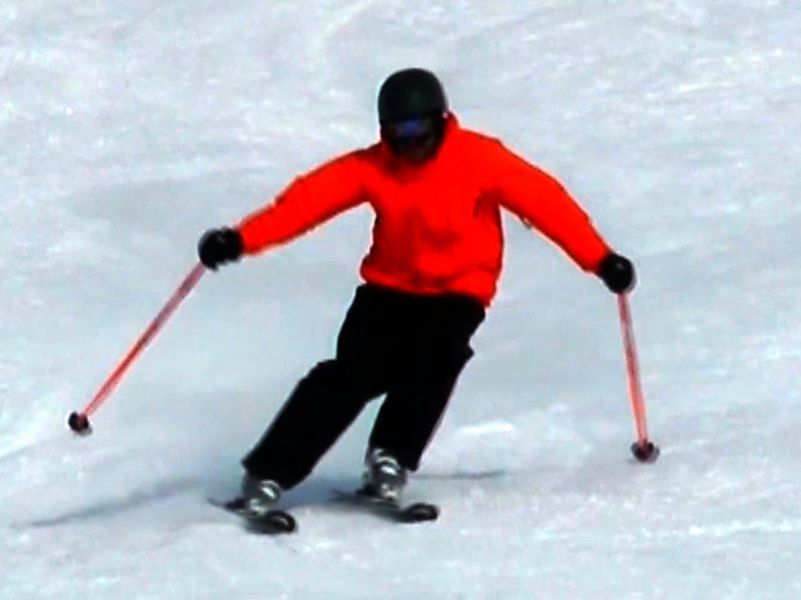 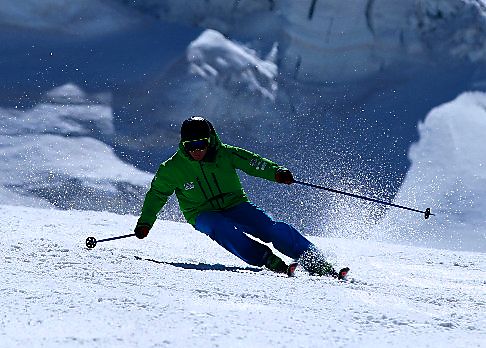 The 10 second test is a simple way to effectively strengthen and improve lateral control. The test requires a slippery surface and a stance width of approximately 80cm. The task is to, over a period of 10 seconds, pull both feet together at a matching rate without letting the knee's drop together.

The results were again interesting. Over 70% of people had to have 3 attempts to make it last 10 seconds or more. The natural movement was to 'unweight' the feet and make a fast retracting movement. Even the remaining 30% of people who were able to slowly pull the feet together showed that it was a very underused movement as the legs would visibly shake under the effort. This was evident in all levels of skier from less experienced skiers right up to members of Team GB. See the below picture of Half Pipe athlete Peter Speight participating in the10 second test. 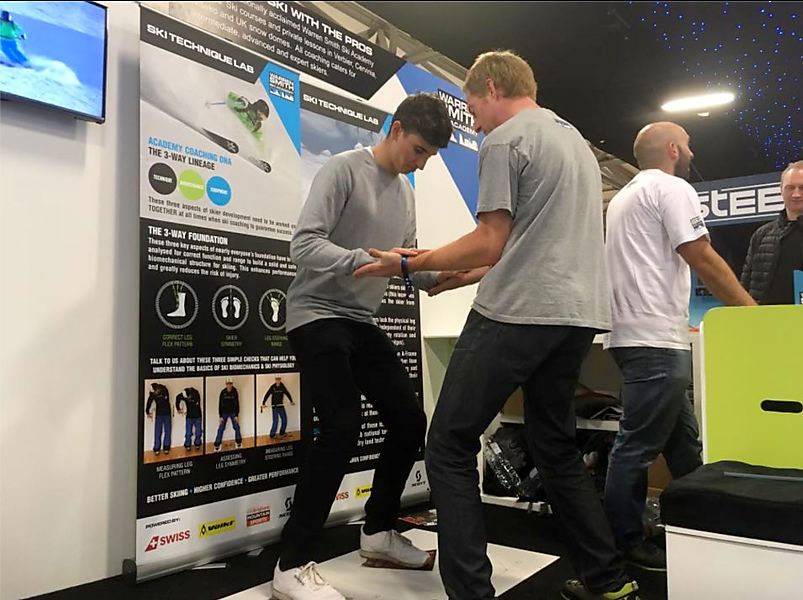 It was explained to everybody tested that it was normal for the legs to shake as this axis of movement isn't used in day to day life. Only 6 people out of over 1000 managed to do the test without lateral leg shake first time. Everybody was given the task of practicing the test for 3 weeks and monitoring the results of the leg shake. Responses to the practice have been excellent so far and nearly everybody noticed the reduction of leg shake even after 1 week. Once again, a basic, easy to use at home exercise, having a direct effect on a skiers technique and consistency.