The Swiss ski area of Winterhorn looks to have been saved from bankruptcy after being put up for sale on an internet auction site.

Claus Dangel, director of the Winterhorn resort, told the Swiss News Agency that a buyer had been found although the deal was not yet fully completed.

The ski area above the village of Hospental in the Ursern Valley of Central Switzerland, close to better known Andermatt, operated two drag lifts and a double chair with 20km of piste and a 1,000m vertical. It is reported to be 150,000 Swiss Francs in debt.

The lifts and a restaurant, which didn't open last winter, were put up for sale on the internet for 250,000 Swiss Francs ($232,000) attracting interest from Switzerland, Germany and Russia according to reports.

The sale comes 18 months after Bruno Prior, a British entrepreneur, paid a token one Swiss franc to buy another Swiss ski-lift company at Ernen. He bought four ski lifts, two trail groomers and a restaurant with 19 kilometres of ski slopes.
www.winterhorn.ch
Courtesy of and © Snow24 plc
The Admin Man

At least 1 Swiss Ski Areas is reported to be open. 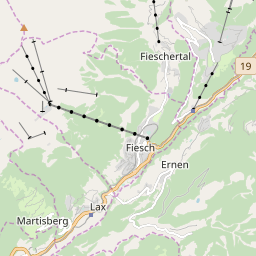