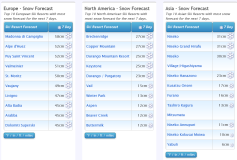 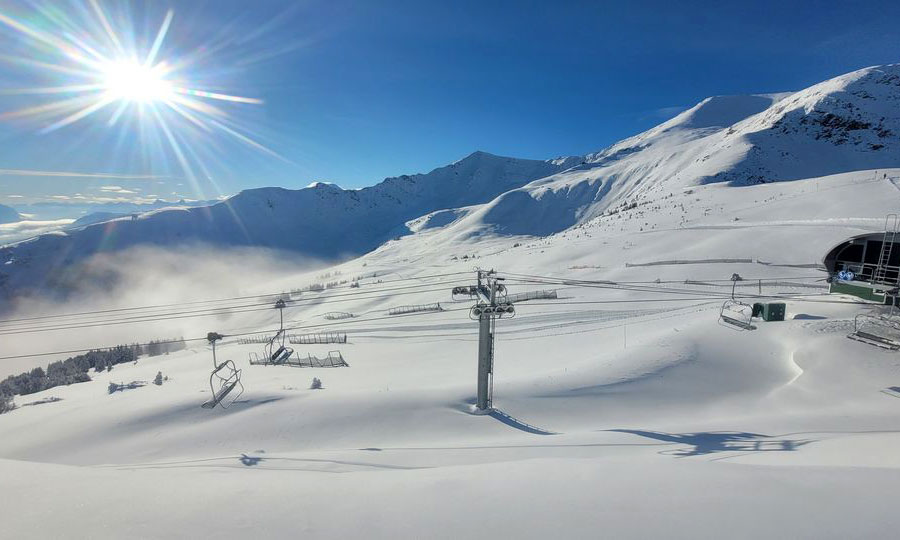 The Snow Headlines - 10th November
- Marmot Basin near Jasper opening with 40 runs and 130cm of snowfall already.
- Three more Swiss areas – Murren, St Moritz and Verbier – to open at weekends.
- Breckenridge opens early for the season, Copper and Vail follow this weekend.
- Italy's Passo Stelvio closes at end of their 2022 season.
- Big White announces it'll open first in BC after over a metre of snowfall.
- At least a dozen areas open this weekend in the US.

The start of the main ski season is now only a week or two away and more big-hitter ski areas like Breckenridge, Verbier, Vail, Solitude and Jasper have opened or will do in the next few days. 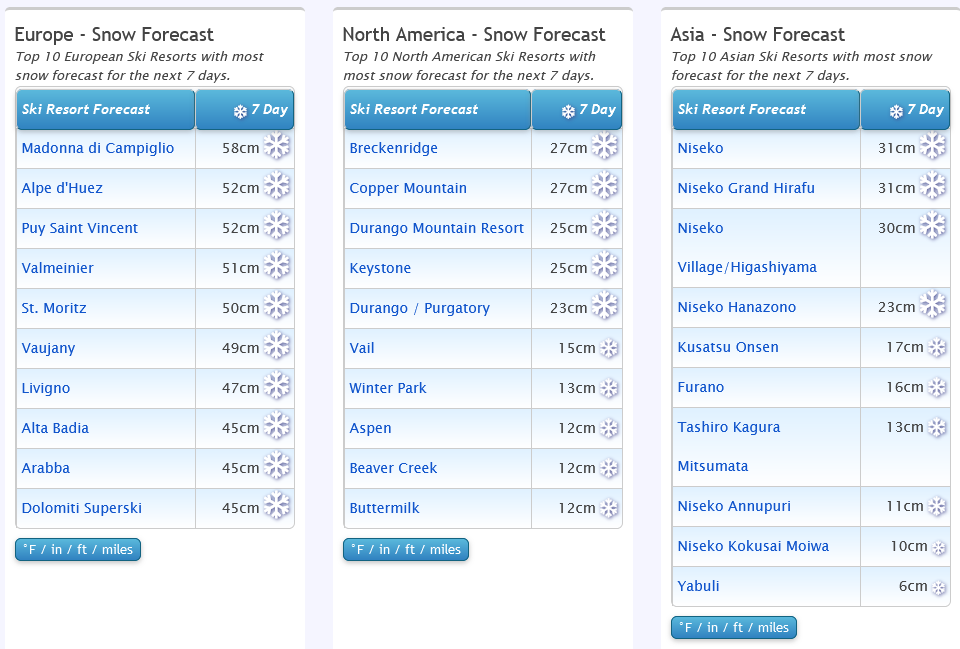 Where will it snow this week?

World Overview
The snowfall headlines continue to come from the Western US and Western Canada where ski areas are opening early with lots of terrain from day one after big snowfalls – several reporting more than four feet (1.2 metres) in the past fortnight.

In Europe it's a little tenser as - although the picture is fairly promising with cooling temperatures and more snowfall up high at the weekend - it's been mostly sunny, again, and a little too warm for snowmaking at lower elevations. This generally means resorts starting to run late on snowmaking although great conditions up on glaciers with sunshine after the fresh snowfall.

The planned World Cup races at Lech / Zurs this weekend are the latest to be cancelled because of the weather issues. It is looking more promising after the weekend though with overcast skies, lower temperatures and increasingly wintery weather forecast next week.

Europe
Austria
A mixed picture from Austria with fresh snowfall up high at the weekend leading to sublime conditions on the country's half-dozen already open glaciers this week, but the fact that it has been mostly warmer than resorts would hope and dry at lower elevations means there's not much snow yet on the slopes beneath the eternal ice.

Planned parallel slalom races at Lech Zurs this weekend are the latest casualties at the start of the 22-23 FIS World Cup Tour, taking the tally of cancelled competitions in the Alps over the past four weekends to 11 out of 14.

In good news, the Molltal Glacier has opened at last for its 22-23 season today (Thursday 10th November) and all being well the season will start at non-glacier ski areas Obergurgl and Obertauern in just over a week.

France
The unusual scenario of there still being no centres open in France continues, although resorts have been posting their switch to "winter mode" and the highest slopes are turning white at resorts like Tignes, thanks to weekend snowfall.

Val Thorens is due to be the first ski area to open in the country for 22-23, at the end of next week.

Italy
Italy's ski areas require a good snow fix too to really get the season started there, but there have been promising signs.

Bormio has had groomers out on its high-altitude slopes and Cortina has finally been able to turn on its highest-altitude snow guns on the terrain it had hoped to have opened at the end of October, had the first half of autumn been a little colder.

For now, though it's just one glacier centre open – Val Senales, as Passo Stelvio, the main summer glacier area, has ended its 2022 season.

Cervinia also provides access to the glacier terrain shared with Zermatt, and Sulden in Trentino is believed to be the next Italian area scheduled to open.

Switzerland
Slightly mixed messages from Switzerland this week with Verbier announcing that it is opening one run at weekends from this Friday on through November, while Andermatt, which had hoped to open for the season at the end of last month, reckons it'll be at least the 19th before it can – saying there's not enough fresh snow or cold enough weather on the Gemmstock for adequate snow cover.

It seems, then, that as elsewhere in the Alps, it's cold enough on glaciers but not quite cold enough still much lower down.

Murren has though managed to open some high-altitude terrain, joining the open glacier slopes of Engelberg, St Moritz (Diavolezza), Zermatt and Saas Fee.

Scandinavia
Scandinavia has seen the most wintery weather in Europe over the past week.

The region's biggest resort of Are in Sweden celebrated its slopes turning white in the last few days thanks to natural snowfall. Snowmaking guns have also been firing across the region.

There's still not much open and most of those that are – Ruka and Levi in Finland and several areas in Sweden – used snow farming to get started, although most have since seen natural snowfall and fresh snowmaking on top.

Lake Louise and Sunshine have already been open a week, and are due to be joined by Nakiska and the third Banff resort, Norquay, for this weekend as well as Marmot Basin up near Jasper – which says it will have 40 runs open and has had over 1.3 metres of snowfall already.

Over in BC, Big white has announced it's opening a week early, from the 18th, thanks to over a metre of pre-season snowfall so far and Silver Star has already opened its cross-country ski trails.

In the East, they're waiting for cold weather but a number of areas say they're ready to go as soon as they can fire up their snowmaking systems. In fact, one of the keenest to open early, Sommet St Sauveur, already did on Wednesday saying it was getting more reliably colder. Tremblant has also been making snow.

USA
The US is a country divided at present with conditions getting better and better in the West, while ski areas in the East are increasingly frustrated as warm weather lingers, delaying any meaningful start to snowmaking so far.

There have been more great snowfalls in the West with ski areas reporting up to two feet more snow, although at times this has been arriving in storms that have also brought 100mph winds and iced-up lifts.

But the big picture is definitely good; Mammoth, the first to open in California a week ago, has expanded its early season terrain and it will be joined by a second Californian area, Mount Rose, this weekend.

More than half-a-dozen resorts are open in Colorado with Breckenridge opening a few days early and Vail set to join them this weekend.

The first resort has also opened for the season in Utah with Brian Head opening at the weekend, Solitude is set to join it this coming weekend.

Timberline is also due to open in Washington State, less than three-months after it's 21-22 season ended.

We're getting there... see you next week!

There is snow forecast to fall in France over the next week, in at least 50 Ski Resorts including Chamrousse, Isola 2000, La Joue du Loup, Les Orres and Mont Ventoux.