New Plans For Superyacht With A Ski Slope Unveiled 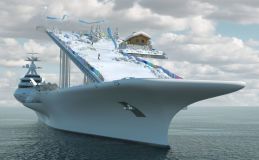 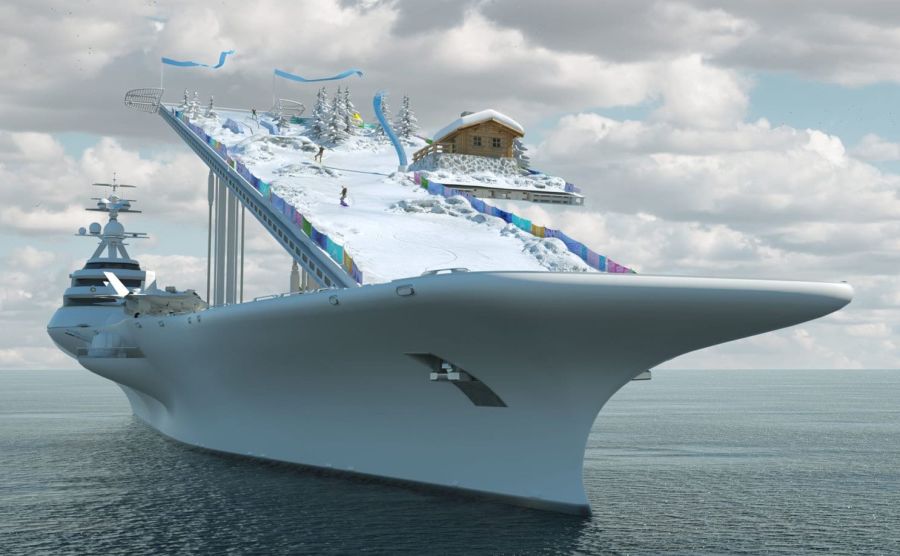 A Dutch design company has released its concept for redeveloping a former aircraft carrier into a super yacht.

The company's plans for the 60 year old former French Naval ship would see the boat's large surface area switch to 'interchangeable decks' which could include a ski slope, as well as a golf course.

Design company Mitsi Studio are behind the plans to renovate the aircraft carrier into a super yacht, and they're reported to be supported by a German entrepreneur who is trying to get investors interested in financing the project.

There have been proposals for a snow slope on a ship before. Ski holiday travel agency Iglu suggested such a slope as an April Fool, but later one of the world's leading cruise line companies said they had seriously considered a ski slope as an attraction on one of their ships, but found that there were potential issues with the weight of the snow moving on the water.

It's unclear how detailed Mitsi Studio's snow slope plans are with just the simple image created.

The former aircraft carrier is a huge 165 meters long and 29.5 metres high. Originally called 'Foch' it was in service with the French Navy from 1963 to 2000, then for 10 years with the Brazilian Navy when it was renamed 'Sao Paolo' but it was decommissioned a decade ago.

Can I try some of what they have been smoking?

daved wrote:Can I try some of what they have been smoking?


Quite... Iglu's 'Fool-ish' idea of putting a slope on a cruise ship looked better...
The Admin Man