Huge Snowfalls in Australia Ahead of Ski Season’s Weekend Start

Huge snowfalls are being reported in Australia ahead of the 2021 ski season's start this coming weekend.

The heavy snowfall has arrived after several weeks of cold temperatures allowing resorts to build bases with snowmaking systems, so its perfect timing.

"We've had 40cm and counting. We're stoked to announce Gunbarrel, Cruiser, Merritts Gondola and Easy Does It will all be open for skiing and boarding from this Saturday 12 June," a spokesperson for Thredbo said.

Perisher resort has already opened, a week early, but the access road to the resort was reported to be blocked earlier today.

Most of the rest of the country's ski areas open Saturday for what is the traditional season start in the country, the Queen's birthday long weekend. Quite often there are just small amounts of ski area open in early June with machine made snow, if any, but 2021 is looking very different, with some areas potentially seeing a metre of snow by the weekend.

Last winter some Australian ski areas were hardly able to open due to pandemic restrictions, this year looks more promising so far, although citizens of Melbourne won't be able to visit ski areas in the province of Victoria for this coming opening weekend due to an extended short lockdown in the city after cases of the Delta variant were found there. 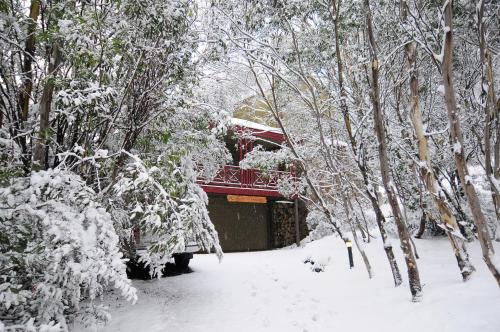 Save on Ski Hire in Thredbo

No snow is currently in our forecasts for Australia. To view the latest weather predicted for Australian Ski Resorts, see below.