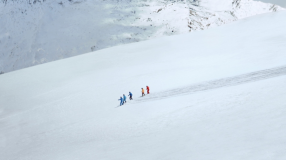 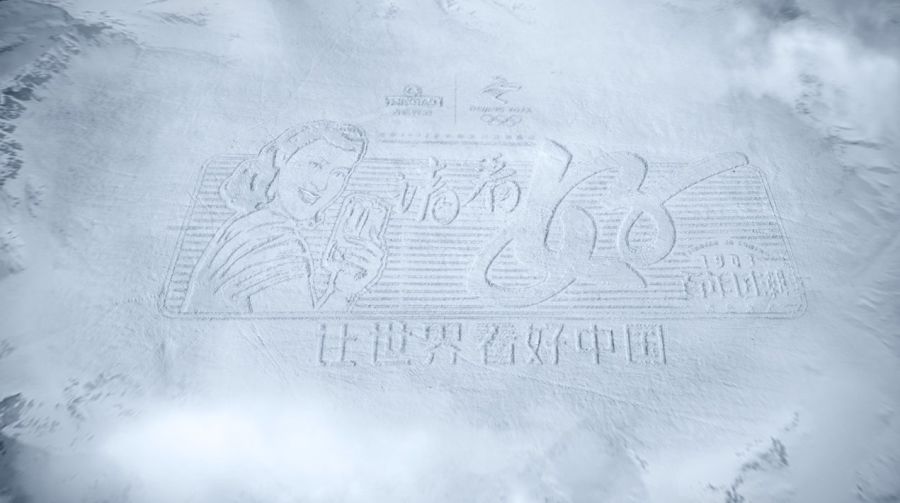 A huge "Snow Declaration" written "using snowboards and skis as pens" has been created at the Chinese ski resort of Jiangjunshan in the Altay Prefecture of Xinjiang.

The massive "Declaration" is 200 metres long and 80 meters wide. Seen from high above, on the right is a giant Chinese character meaning "good," with two smaller Chinese characters next to it, forming a phrase meaning "have faith in." On the left is an image of a Chinese girl in traditional Chinese cheongsam.

This "Snow Declaration" was jointly completed by Winter Olympic champion Yang Yang, five ski coaches, and ski enthusiasts. By using the snowfield as paper and the snowboards as a combined brush, they expressed the good intentions of China to the world through the Chinese character "Good."

The initiative is the latest in a growing list of ski related stunts and initiatives ahead of the Beijing Winter Olympics next winter. Below the main declaration text is a line of smaller Chinese characters meaning "Let the world have faith in China."

Jiangjunshan was chosen because in 2005, Chinese archaeologists discovered on a rock wall in the Altay Prefecture of Xinjiang rock paintings of ancient people apparently hunting on skis more than ten thousand years ago. In 2015 more than 30 ski history research experts and scholars from 18 countries and regions jointly made the "Altay Declaration" which states that they agree that the Altay Prefecture of Xinjiang is most likely to be where skiing began.

The "Snow Declaration" was sponsored by the Tsingtao Brewery Company which is also an official sponsor of the Olympics Winter Games Beijing 2022. 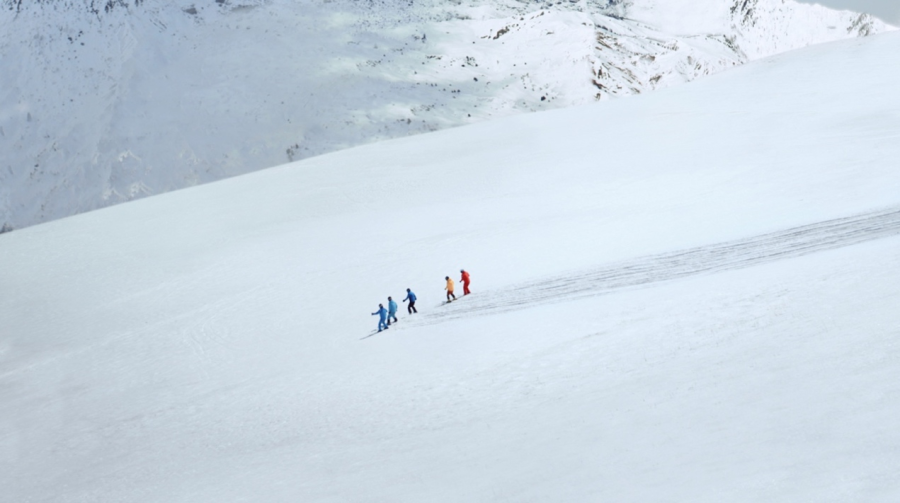