The view from Kitzsteinhorn this morning...

The Snow Headlines - 17th October
- French 19-20 ski season due to start on Saturday at Tignes.
- North America's 2019-20 ski season gets underway as several resorts open in Colorado.
- Second area opens for the 19-20 season in Finland.
- New Zealand area announces season continuing into November.
- Kitzbuhel due to open this weekend; first non-glacier resort in the Alps to do so for 19-20.
- Sweden's 2019-20 season starts Friday.

Momentum continues to build ahead of the main 2019-20 ski season with some significant snowfalls in both the Alps and the Rockies over the past week, and ongoing snow-making at an increasing number of areas. Several more resorts are taking the wraps off snow 'farmed' and stored from last season in order to open early, now it's getting cooler too.

We're now up to 16 areas open in Europe with Engelberg, Kaprun and Levi opening last weekend.

The number of ski areas open in Europe is due to grow past 20 this weekend as more areas including Tignes, the first in France to open for 2019-20, and Idre Fjall, the first in Sweden, are due to open, along with Kitzbuhel, the first in the Alps without a glacier (thanks to snow farming) to do so.

Many of the already-open areas (and indeed those yet to open) have seen heavy snowfall up high over the past 48 hours, with snowfall also reported across the Pyrenees.

A sizeable snowfall in Western North America at the end of last week led to two Colorado areas, Arapahoe Basin and Keystone, kicking off the 2019-20 ski season there.

South of the equator, just as we thought we were witnessing the end of winter 2019, with the remaining areas open in Australia and South America closing at the weekend, one resort in new Zealand has announced plans to stay open into November – the last month of springtime there.

Snow for the USA this week...


EUROPEAN ALPS
Austria
Austria continues to dominate the northern hemisphere with eight glacier areas open now, with the Kitzsteinhorn the latest to do so last weekend.

That's half of the European total, and with most now closed in the southern hemisphere and only two open in North America it's nearly two-fifths of the world total too! Generally, the picture is good with more areas open and the centres that are open increasingly opening more terrain, with fresh snowfall on Tuesday boosting cover.

It's not 100% good news yet though as whilst the Stubai has been keen to stress conditions are great and the snow is good they've had to confess there's not enough of it lying around for them to stage their planned big terrain park opening this weekend.

Kitzbuhel will be the first non-glacier resort in the Alps to open for 19-20 this weekend. The famous resort has opened several high slopes in mid-October for the past three seasons using 'snow farming'. Kitzbuhel aims to open for 200 days each season through to the following May and its opening weekend is normally a big event attracting thousands of skiers and strong media interest.

France
The French ski season is set to launch on Saturday, three weeks later than originally planned, with Tignes announcing the opening of the Grande Motte glacier. The resort's management says that although they've had some snow, there's not been a lot so the area open will be limited and only good skiers allowed on, with conditions closely monitored for safety.

It's the second year in a row that Tignes, which formerly was open 365 days a year and more recently tried to open for at least a few days in every month of the year, has had to postpone opening and last year access to the slopes was strictly limited when they initially opened.

Les 2 Alpes is due to open for 9 days from the 26th, for a pre-season preview week, but that glacier opening has not yet been confirmed.

Italy
Italy's slopes got a good dump on Tuesday too and many of the country's not-yet-open ski areas happily posted images and video of heavy snowfall turning their upper slopes very wintry indeed. However, so far just the two glacier areas remain open, Passo Stelvio, which is now entering the final fortnight of its unusual six-month mid-spring to mid-autumn annual opening, and Val Senales, which is into the second month of its eight month season.

They're due to be joined the weekend after next by Cervinia (One of those posting images of heavy snowfall on Tuesday) at about the time Stelvio closes for the season.

Switzerland
Austria may be way ahead in terms of areas open but Switzerland saw its third area, the Titlis glacier above Engelberg, open last weekend and has several more resorts ready to open over the final weekends of October, with the Diavolezza glacier near St Moritz up next, this weekend.

Laax should follow the weekend after. Currently, the three open areas have 6-16km of terrain open each, along with terrain parks.

High Swiss slopes have seen very heavy snowfall over the past few days really transforming conditions to something quite wintery. Engelberg, which had previously delayed its planned opening from the 5th to 12th October whilst waiting snowfall got off to a good start with 30cm of fresh snow on its glacier falling in 24 hours midweek. Engelberg often ends up with one of the deepest bases in the world by late winter so this is a good start.

Scandinavia
Finland's largest ski area, Levi, has opened for its nearly eight-month 2019-20 season at the weekend by using snow stored from spring and then spread back out on the slopes this week as temperatures cool. The snow has been laid as a ribbon down Levi's wide main slope, and temperatures, fortunately, dropped below freezing too with a heavy frost, so there wasn't any thawing.

Levi joins fellow Lapland ski area Ruka which was the first 'non-glacier' resort in the northern hemisphere to open for the 19-20 ski season a fortnight ago. The Galdhopiggen glacier ski area in Norway is also open this month, the last of its six-month spring-autumn season.

Next up is due to be Sweden's first area to open for 2019-20, Idre Fjall, using snow farming once again, this coming weekend.

Pyrenees
There was more fresh snowfall in the Pyrenees on Tuesday evening and into Wednesday. For parts of the French Pyrenees, this was the first snowfall of the autumn. Nowhere is due to open in the Pyrenees until late November although last year a number of Spanish areas did open early, at the end of October, after an unusually heavy snowfall at the end of that month.

Scotland
Temperatures have been dipping below freezing overnight in the Scottish Highlands over the past week but that's largely because there have been clear skies and no precipitation. In past years some Scottish areas (notably The Lecht) have opened at the end of October following early snowfalls, and that remains a possibility, although this winter also marks ten years since the last big snow one in the country.

Eastern Europe
Colder weather has turned mountain tops white again in parts of eastern Europe but so far no areas are believed likely to open until late November or early December.

North America
Canada
There's been more snow on higher slopes in western Canada but it has been rather warm in the east where Mont Saint Sauveur aims to open slopes in Quebec in October. The hoped-for date of the 19th has now slipped back to the 26th, so far.

It's looking a little more promising for areas like Norquay and Nakiska over in Alberta which aim to open in the first few days of November, now just a fortnight away, so long as things stay wintery.

USA
It's been an exciting week in the US with more big autumn snowfalls – first in the northwest of the country down as far as Colorado at the end of last week and then in the Midwest.

Several Colorado ski areas had already been snow-making for a week and as a result, as predicted in last week's report, there was a rush to open after the natural snowfall arrived.

Keystone made the mistake of announcing on Friday lunchtime that they'd open Saturday. Arapahoe Basin then decided to open at 3.30pm on Friday afternoon in order to claim first in the US, and North America, to open. A third area that looked like it could open too, Loveland, decided not to. It still hasn't named a date but keeps posting pictures and video of nice-looking conditions so the hope is that it will open this weekend.

There's speculation too that ski areas on the East Coast may begin opening this weekend although again, currently no confirmation of that. However, there is a separate battle to be the first to open here too with Killington in Vermont and Sunday River in Maine amongst those in the running. Both are known to have been snow-making however temperatures have been hitting double digits above freezing recently. But it is expected to see a brief temperature dip and possibly a little natural snow in the region at the end of this week.

Southern Hemisphere
The 2019 ski season is now all but over in the southern hemisphere with Perisher in Australia and Catedral in Argentina (the last major areas still open on their respective continents) closing at the end of last weekend.

However Cardrona, as well as Turoa and Whakapapa on Mt Ruapehu, in New Zealand, now believed to be the only areas still open south of the equator, will be staying open a little longer.

Indeed Whakapapa announced after staying open daily to the last Sunday of this month (29th) they now plan to run a drag lift on fine weather weekends through November – which is the last full month of meteorological spring in the southern hemisphere. Skiing will be free for 2019 and 2020 season pass holders. For Cardrona and Turoa this looks set to be the final week of their seasons.

Until next week, thanks for reading!
The Admin Man 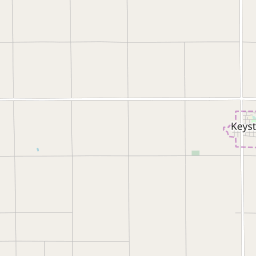